Today, we look back to the work of the Combahee River Collective.

The Combahee River Collective was a Black Feminist Lesbian organization that was active between 1974 and 1980. This intersectional group was created because there was a sense that both the feminist movement or civil rights movement didn’t reflect the particular needs of Black women and lesbians. The collective joined together to develop the Combahee River Collective Statement, which was a key document in developing contemporary Black Feminism. 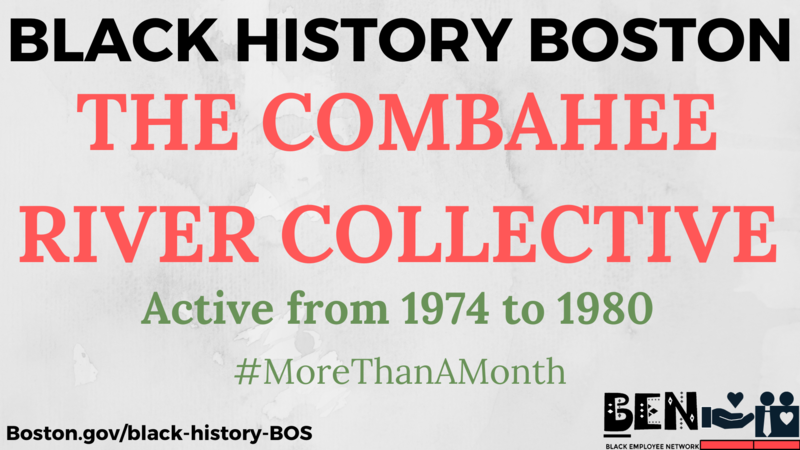 The name originated from Barbara Smith, an author who played a significant role in building and sustaining Black feminism in the United States. Wanting to name the collective after a historical event that was significant to Black women, she drew from an action on the Combahee River that was organized by Harriet Tubman on June 2, 1863. This action freed more than 750 slaves and is the only military campaign planned and led by a woman.

The process for writing the statement required weekly meetings and numerous retreats to nearby municipalities. It was separated into four separate chapters:

The statement stands as one of the most compelling documents produced by Black feminists and highlights a reality of intersectionality that other documents before it rarely touched upon. It connects societal problems specific to women and Black people, such as sexual and racial discrimination, and homophobia, creating a necessary lens to moving towards a solution.