A force for equity and inclusion... she did it her way 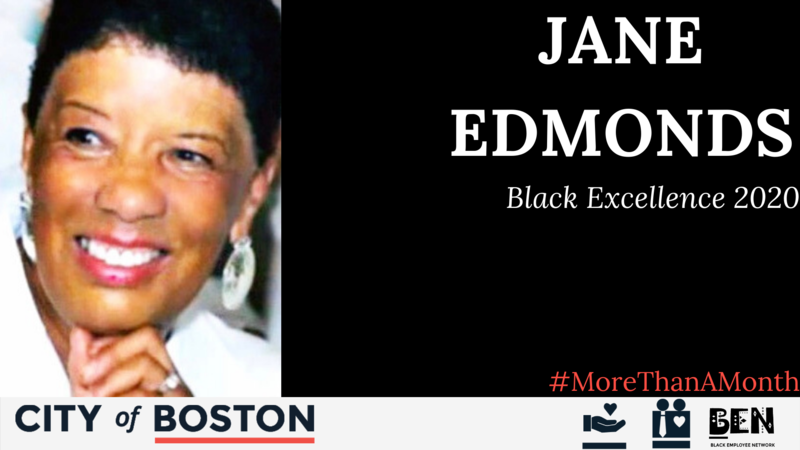 These perspectives have guided her life’s work in diverse sectors, including government, serving as Massachusetts Secretary of Workforce Development under Governor Mitt Romney, as Chair of the Massachusetts Commission Against Discrimination under Governor Michael Dukakis, and as Chief Lobbyist for the City of Boston under Mayor Kevin White; business, founding her 20-year Copley Place consultancy in diversity and inclusion long before those terms were en vogue,  paving the way for others to follow; in education, teaching leadership in Northeastern University graduate programs at home and abroad; and, currently, in higher education administration, engaging Boston and Metro West communities as Vice President of Programming and Community Relations at Babson College. Jane is also hip-deep in community service, currently sitting on five non-profit boards and commissions, serving as Chair of Goodwill Morgan Memorial of MA, and as a member of several organizations, including the MA Women’s Forum, The Boston Women Leaders’ Network, the N.A.A.C.P. and Delta Sigma Theta.

While Jane acknowledges the blessings of a good life, rich with opportunity and reward, her life’s path has not always followed a straight line. It is also filled with sobering and defining moments, such as when her junior high school dean advised her to “stick with music, which your people do best,” instead of becoming a lawyer; or when a builder with a national reputation inflated the sticker price of one of his model homes – just for Jane and her husband because of their skin color; or when her young piano students, six, seven, and eight years old, reported that they were “not smart” because they had not been chosen for a gifted school program. This latter experience motivated Jane to seek a seat on the town school board so that all children, not just some, would be able to legitimately believe in the American dream and feel good about themselves. Taken together, these events and many more strengthened her resolve and determination to act for justice.

Instead of being deterred by obstacles based upon her very identity, her being, Jane surged forward and did it anyway, a mantra she shares with those coming along behind her even as she continues to push for a world where such obstacles will have finally and fully been defeated. Jane did it anyway by matriculating at Harvard University and Boston College Law School; by suing the racist realtor and purchasing the house for the market price; and by winning the school committee race by a landslide.

Jane continues working for justice in her many communities, among the students, faculty, and staff she engages in higher education, and in the organizations that seek to utilize the “Jane’s Way” (virtual) educational approach to diversity, equity, and inclusion, which employs dialogue on shared contexts, historical literacy, and shared humanity to transform organizations and the individuals who make them work. Onward!