Today, we are proud to honor the contributions of Tito Jackson, the Inheritor of the Roxbury Legacy!

Tito Jackson was born in the Boston neighborhood of Grove Hall. The son of prominent community activists, Herb and Rosa Jackson, Tito graduated from Brookline High School, and later received his bachelors in History at the University of New Hampshire. 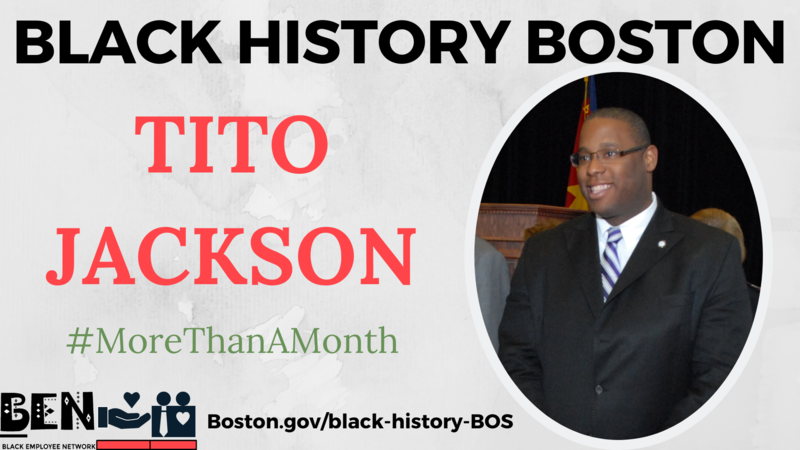 In 2007, Jackson became the Industry Director for Information Technology in Governor Deval Patrick’s Executive Office of Housing and Economic Development, where his portfolio focused on creating and sustaining jobs within Massachusetts and helping local businesses grow. As a member of the Patrick Administration, Tito worked to bring 2,500 jobs to Massachusetts. Later, he became the Political Director on Governor Patrick’s 2010 re-election campaign.

In 2009, Tito ran for an at-large seat for the Boston City Council, narrowly losing in the historic council race, which saw Ayanna Pressley becoming the first woman and woman of color to be elected to the council. In 2011, Tito was victorious in his run for the District 7 seat of the City Council, representing all of Roxbury and parts of the South End, Dorchester, and Fenway.

We're celebrating the contributions the Black community has made to creating a thriving, vibrant Boston.