The annual celebration will happen virtually on WCVB Channel 5.

“This year’s celebration reminds us of the importance of working together when we face difficult challenges. As Boston helped Nova Scotia in 1917, the City and our residents must partner to keep each other safe and healthy from the COVID-19 pandemic,” said Mayor Walsh. “I want to thank our friends in Nova Scotia for the Boston Common tree, and I’m grateful we are still able to celebrate the holiday season virtually.”

The 79th Annual Tree Lighting on Boston Common will be a virtual celebration broadcast on WCVB Channel 5 on December 3 beginning at 7:00 p.m. This tradition is a partnership with the Boston Parks and Recreation Department, title sponsor The Province of Nova Scotia, presenting sponsors Exelon Generation and Xfinity, promotional sponsor the Coca-Cola Company, and media sponsors WCVB Channel 5, Magic 106.7 FM, and the Boston Globe. Due to current public health guidelines, there will be no live event on the Boston Common. 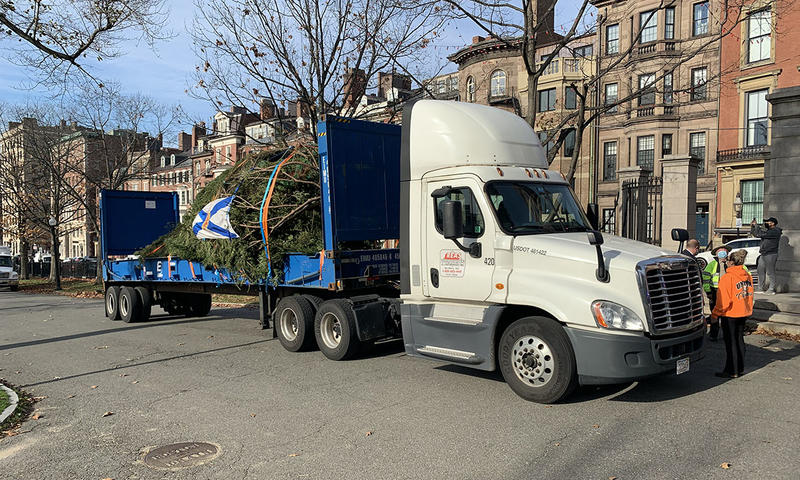 Santa Claus will join Mayor Walsh virtually for a special countdown during the broadcast. With the flip of the switch, trees will light up in the Boston Common, the Public Garden, and the Commonwealth Avenue Mall. The program will include remarks by Nova Scotia Premier Stephen McNeil. Nova Scotia is dedicating its 2020 Tree for Boston to healthcare workers to honor both Boston's response after the Halifax Explosion and those who are working on the frontlines during the COVID-19 pandemic. Nova Scotia is also sending an additional four smaller trees for donation to local charities. 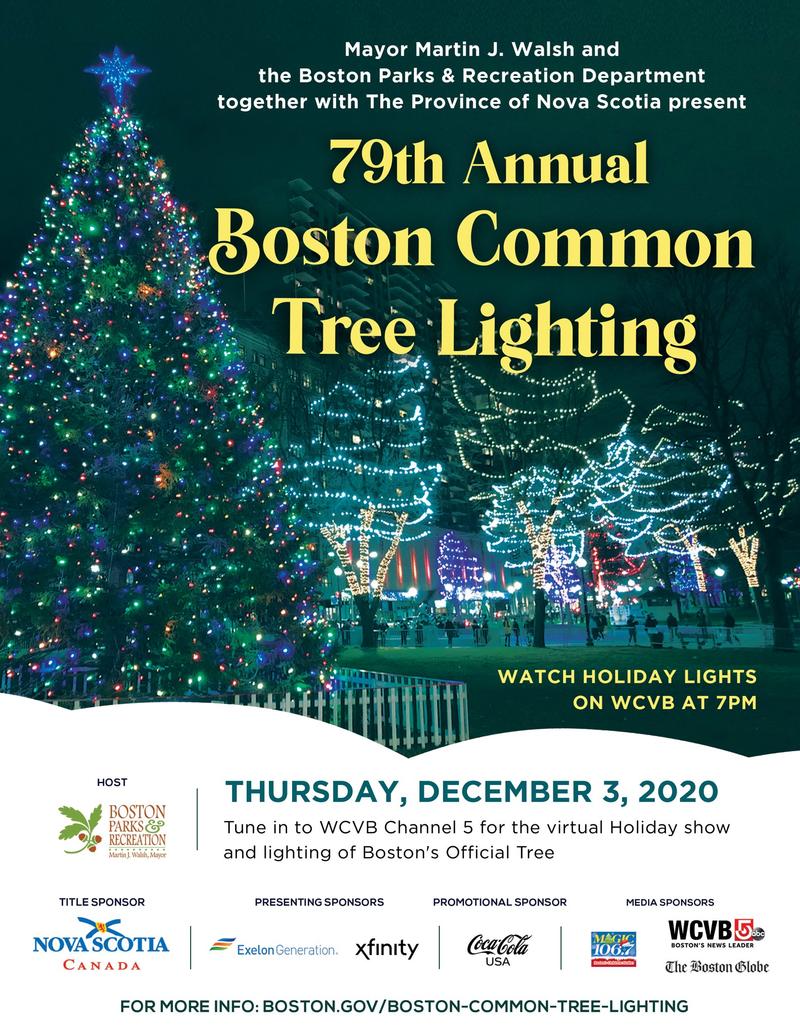 Due to the COVID-19 pandemic, instead of sending the tree by truck, the province partnered with Port of Halifax, PSA Halifax and Eimskip Canada to transport the tree on a container ship to Boston. The tree was cut during a ceremony in Cape Breton on November 12, stopped at schools along the way to be seen by local students, and sailed from Halifax on November 18 after a send-off at the Cunard Centre.

“We thank Boston for their kindness during our time of need by sending a big, beautiful Nova Scotia Christmas tree. This important tradition symbolizes gratitude, friendship and remembrance,” said Nova Scotia Lands and Forestry Minister Derek Mombourquette. “It's also our way of honoring those who have worked so hard to keep us healthy and safe during the pandemic.”

The lighting of the trees on the Common is made possible through the generosity of Read Custom Soils, the Herb Chambers Companies, the Lynch Foundation, and contributions from other individuals and institutions.

This is the 49th year that Nova Scotia has given a tree to the people of Boston as thanks for relief efforts following the December 6, 1917, explosion of a munitions ship in Halifax Harbor. Within 24 hours of the disaster a train loaded with supplies and emergency personnel was making its way from Boston to Nova Scotia. For more information please call 617-635-4505.