Our City's tradition of lighting a Nova Scotia Christmas Tree began with a terrible tragedy.

Do you know why Nova Scotia sends Boston a Christmas tree every year?

On December 6, 1917, the Mont Blanc, a French ship in Halifax Harbor, collided with another ship and caught on fire. The Mont Blanc was preparing to leave for Europe to fight in WWI and was full of munitions.  When the fire reached the munitions, the ship exploded, killing more than 1,000 people and destroying entire neighborhoods in Halifax. 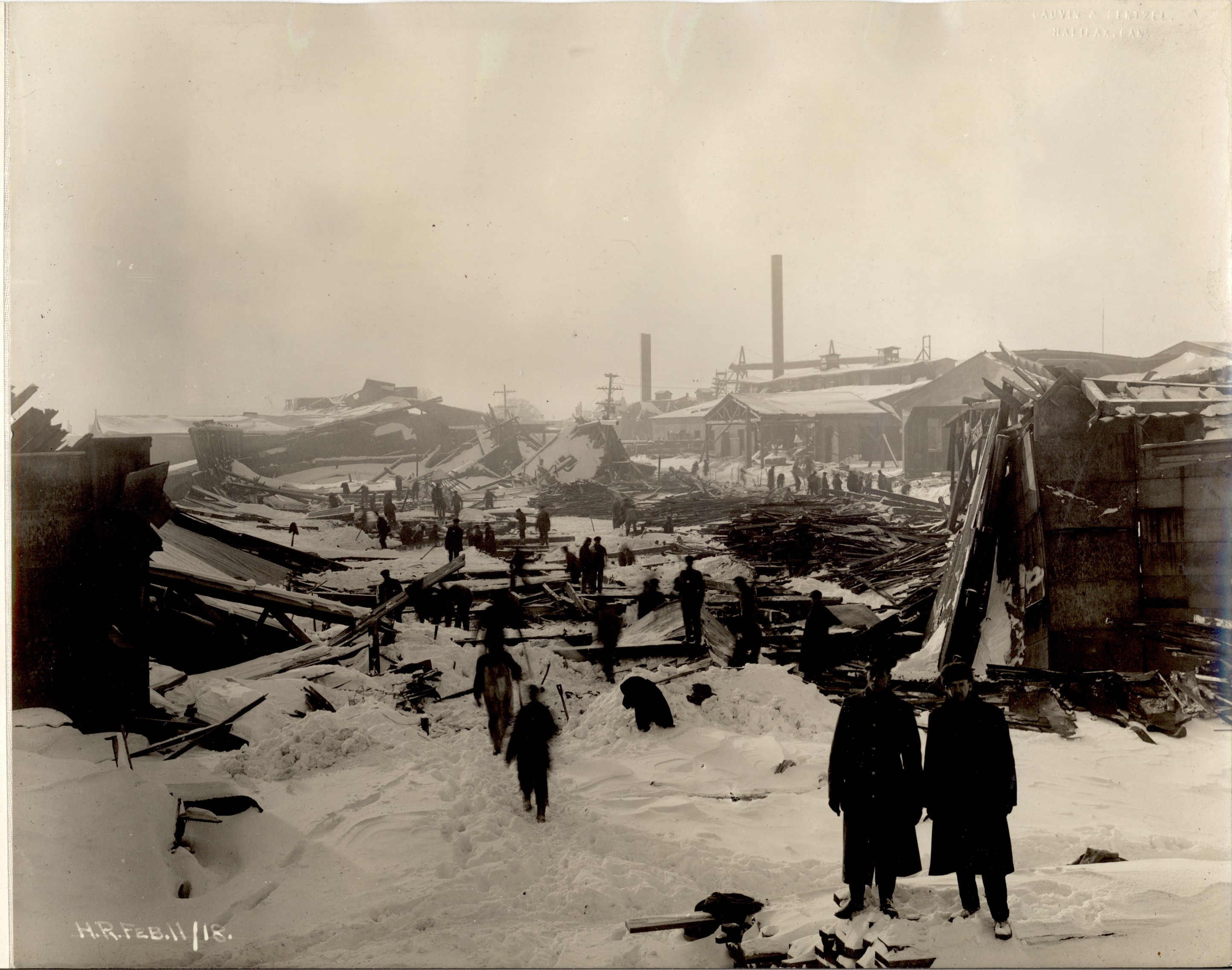 When word reached Boston of the explosion, Boston's Mayor Curley extended Boston's sympathies. The Mayor offered help for the "relief and prevention of suffering" in Halifax. 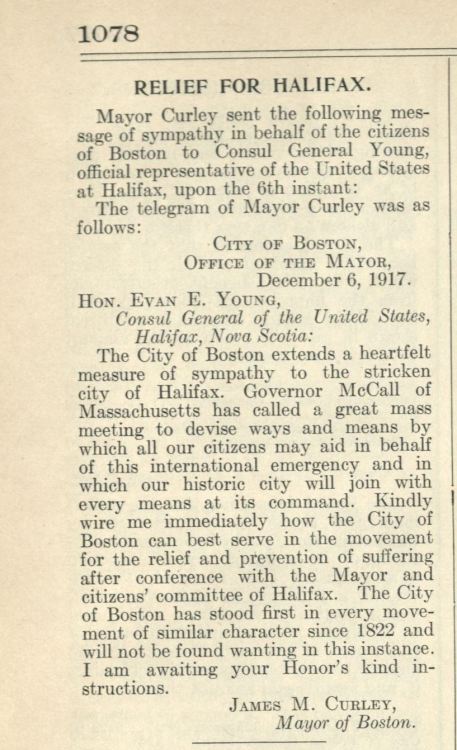 Almost immediately after the explosion, Massachusetts Governor Samuel McCall sent a group of doctors, nurses, aid workers, and medical supplies from Boston to Halifax. The group traveled 700 miles by train and was delayed by a severe blizzard. As Halifax struggled to recover, Bostonians continued to send groups of aid workers, supplies, and funds. The photo below shows Governor McCall and other aid workers with Halifax families in front of an apartment complex built by aid workers. This apartment building sheltered nearly 320 families, or 2,000 people. 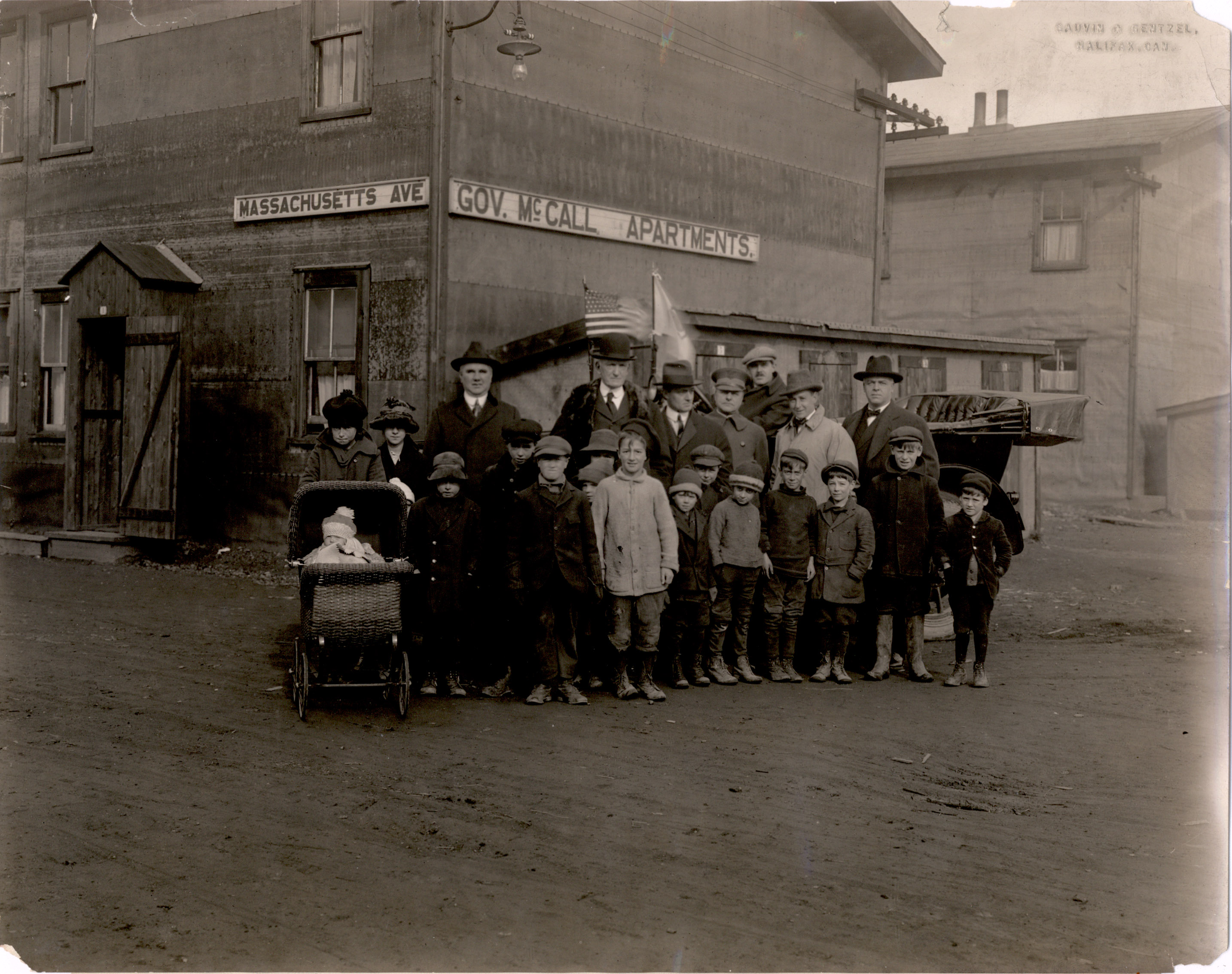 Many of the Bostonians who found themselves in Halifax for the Christmas of 1917 decorated the hospitals where they worked, putting up Christmas trees and other decorations. A year later, in December of 1918, Nova Scotia sent a Christmas tree to Boston as a thank you for Boston’s help after the explosion.

In 1971, Nova Scotia sent another Christmas tree to Boston in memory of the bond created between the two cities after the explosion. Nova Scotia continued to send our City Christmas trees, establishing the Nova Scotia Christmas Tree lighting as a cherished holiday event in Boston.

Over the years, Boston's tree lighting hasn't always looked exactly the same. For example, in recent years, the tree has been lit on the Boston Common. But in the 1970s, the tree lighting took place at the Prudential Center, as you can see in the letter below. 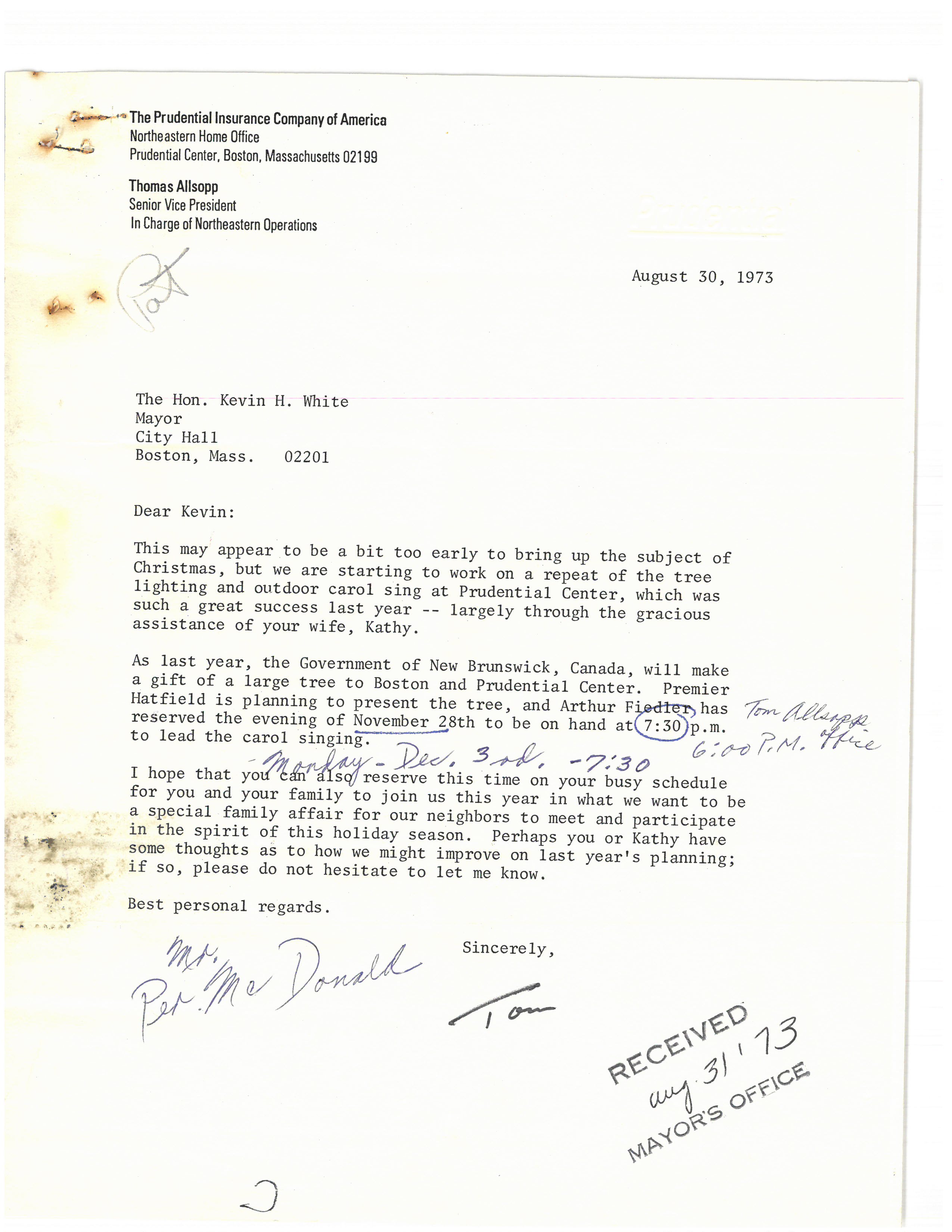 And in 1973, Boston had a tree "unlighting" because of the country's energy crisis. As you can see below, the tree was only lit for 30 minutes, and then the lights turned off. The City turned the lights back on for a few hours on Christmas Eve.

Though the tree lighting has changed from year to year, our City's bond with Nova Scotia and their annual gift of a Christmas tree has become one of Boston’s most beloved holiday traditions. This year, Boston will host a virtual tree lighting broadcast on on Thursday, December 3 at 7 pm on WCVB Channel 5. This year’s tree is a 45-foot white spruce donated by Heather and Tony Sampson of West Bay, Richmond County, Nova Scotia.

To see more photographs of the Halifax explosion and the following relief efforts, take a look at the State Library of Massachusetts Halifax Relief Committee photographs.