The 20-year plan will be designed to set citywide goals for canopy protection, be responsive to climate change, and enhance the quality of life for all Bostonians

Mayor Walsh and the Boston Parks and Recreation Department today announced the City of Boston is seeking a partner to develop an equitable vision for the protection and expansion of the City's tree canopy goals. In alignment with previous planning efforts, including Climate Ready Boston, Imagine Boston 2030, and Resilient Boston, the Request for Proposals (RFP) prioritizes a transparent and collaborative planning effort that recognizes and supports communities that have been disproportionately exposed to environmental stressors.

"As we plan for our city's future, we're working to ensure Boston is an equitable, safe city for all residents," said Mayor Walsh. "We know how critical trees are as we fight climate change and improve the quality of life for all residents. This urban forest plan is the first of its kind in Boston, and is an opportunity to ensure every neighborhood has the resources they deserve and need. Boston is committed to strengthening our environmental work, and creating a brighter, greener future for all."

The selected consultant will develop strategies to promote growth, longevity, and protection of Boston's urban canopy over the next 20 years, and create a framework for expansion and modification for projected future conditions including climate change, development, and other factors. Understanding where canopy loss is happening is the first step in addressing these issues through policy, including guidelines for tree canopy protection on public, private, and institutional property.

"Mayor Walsh's FY21 budget provided a clear path forward with new funding for an urban forest plan and the staff to implement it,' said Chris Cook, Chief of Environment, Energy and Open Space. "The Boston Parks and Recreation Department will continue to care for Boston's trees, and this plan represents a huge step toward proactive canopy stewardship."

The selected consultant will support a transparent planning process that recognizes and supports communities that have been historically under-invested in and disproportionately vulnerable to extreme weather conditions. The planning process will include collaboration with key departments and agencies that have a role in the protection or expansion of tree canopy, as well as engage the broad range of stakeholders whose activities impact urban trees, so that recommendations, priorities, and policies will be shared at inception and carried forward through long-term implementation. 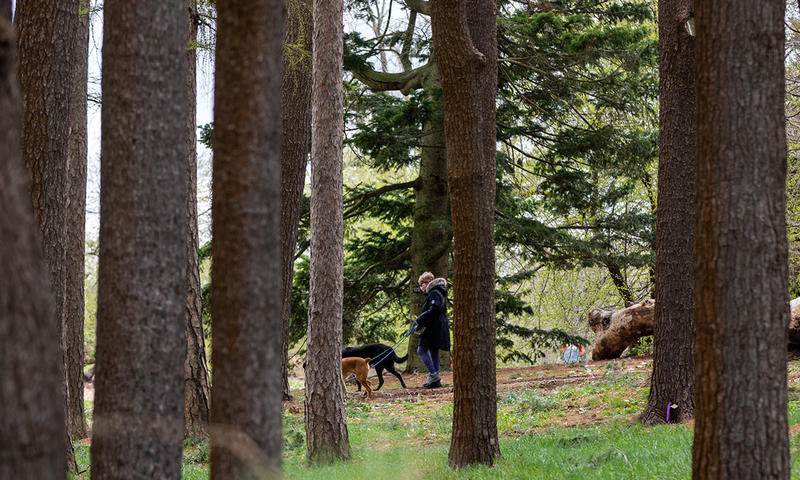 "In the coming years, our community will face higher temperatures, as well as longer and more intense heat waves," said Gail Latimore, Executive Director of the Codman Square Neighborhood Development Center. "One way to mitigate this 'heat island' effect is to protect and grow our tree canopy. We appreciate the City's community-driven approach to an equitable urban forest plan."

"As an environmental justice community, we know that East Boston residents are disproportionately affected by coastal flooding due to sea level rise," said Bill Masterson, Founder and Executive Director of Tree Eastie. "Planning for the future of our City's trees is an important part of a holistic approach for resilient communities."

The Urban Forest Plan is an opportunity for Boston to establish a new vision for the City's tree canopy goals that are aligned with the goals of Imagine Boston 2030 and Climate Ready Boston, while also developing the supporting policy and programs for implementation of this vision. The project team will closely coordinate the planning process with ongoing planning and implementation led by Climate Ready Boston in the Environment Department. Ongoing coordination will cohesively integrate the citywide vision for growing a healthy urban forest into other heat resilience strategies. The growth and development of Boston's urban forest will serve to not only reduce urban heat island effect but also improve the quality of the city's ecology.

In addition to the $500,000 budgeted for the Urban Forest Plan, historic investments in our public spaces this year will also support the hiring of a new arborist and the planting of an additional 1,000 trees, doubling the yearly total to 2,000 trees planted per year.

This RFP builds on the Walsh Administration's work to combat climate change, and advance strategies to mitigate carbon mitigation. Mayor Walsh created a climate-ready strategy which launched in 2016 with Climate Ready Boston, an initiative to develop resilient solutions that will prepare Boston for the effects of climate change: flooding due to sea-level rise and increased storms and extreme heat. Interwoven into this planning is Resilient Boston Harbor, which envisions a network of accessible open spaces and climate-ready buildings and infrastructure. This initiative aims to increase resilience to major flooding events, while also increasing access and open space area along the waterfront. Coastal resilience plans are to be announced soon for Downtown, the North End, and Dorchester, are complete for South Boston, and are about to enter a second phase for East Boston and Charlestown.

The RFP was released on Monday, September 28 and proposals are due by October 28, 2020, at 12:00 p.m. Respondents can submit digitally via a secure FTP site or via hard copy. Detailed submission instructions, including alternative means of digital submission can be found in Section 8.2 of the Request for Proposals. Applicants can view the advertisement for this RFP on the Bids and RFPs webpage. The RFP is being managed by the City of Boston's Parks and Recreation Department. All questions or communications should be made to the RFP contact, Maggie Owens, by phone at 617-961-3025 or email at maggie.owens@boston.gov. A virtual Information Session will be held on Thursday, October 8. Please register by 3PM on October 8 via Eventbrite at bit.ly/urban-forest-plan.

About the Boston Parks and Recreation Department