In 2019, the City awarded Old West Church $400,000 to restore its windows and repair and repaint the historic exterior.

Walking down Cambridge Street from Boston City Hall, you are surrounded by an array of modern architecture that dominates the streetscape. The wind swept streets are bordered by buildings built by mid-century architects such as Walter Gropius (JFK Federal Building), Paul Rudolph (Government Service Center), and Graham Gund (One Bowdoin Square). But just as you cross Staniford Street, your focus of attention is brought down from the sky, and you get a glimpse of old Boston, if only for a fleeting moment. Directly in front of you is Old West Church; one of the most well known works by architect Asher Benjamin, who built it in the style that is widely considered the first American architectural style, the Federal style. 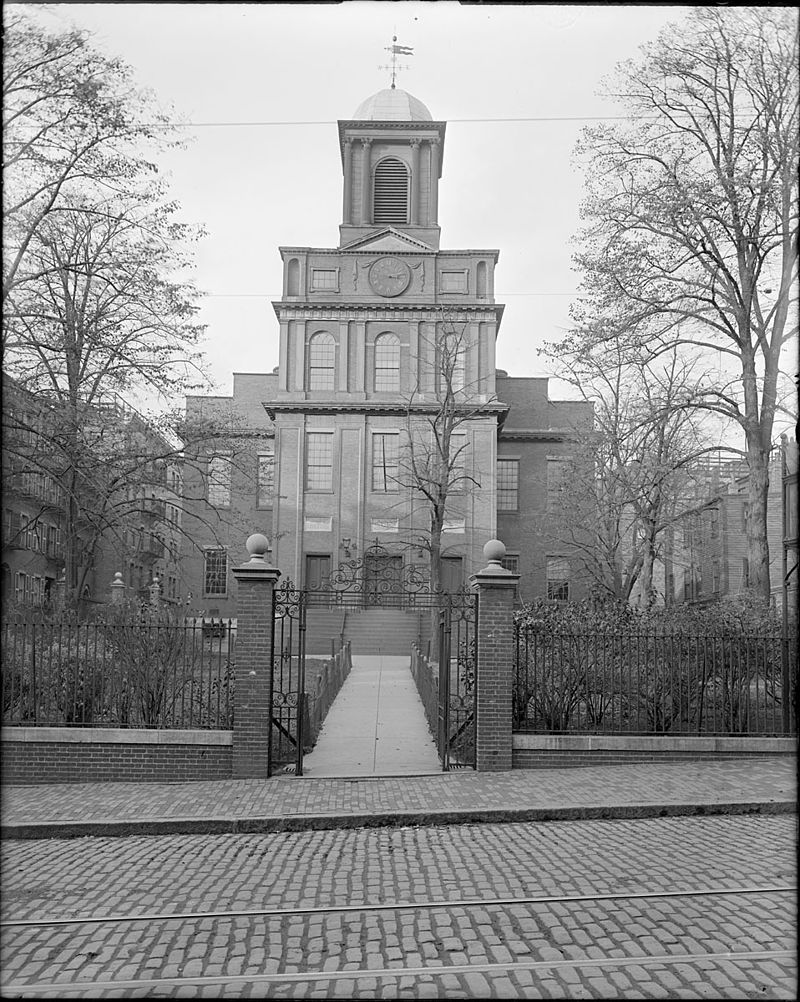 The first church on this site was built in 1737 as a wood-frame building, and was occupied as a barracks by British troops during their occupation of the city prior to the American Revolution. The British destroyed its tower in 1775 when they suspected that American Colonials were signaling to Cambridge from the spire.

In 1806 the congregation commissioned Asher Benjamin to design a new church building. Mr. Benjamin, who was then known for his recently completed Charles Street Meeting House, built the structure in a similar style. Between 1894–1960 the building served as a branch of the Boston Public Library. Since 1961, the building has been owned by the United Methodist Church

With all of that history under its belt, Old West has witnessed many changes since its construction, and like other historic buildings requires ongoing maintenance and repair work. The current church congregation has been dedicated to preserving the architectural integrity of the landmark church, but caring for a more than 200-year-old landmark does not come cheap. That’s where Community Preservation Act (CPA) funds come into play. By adopting the CPA, Boston has created a Community Preservation Fund. The City finances this fund in part by a 1% property tax-based surcharge on residential and business property tax bills, beginning in July 2017. The City uses this revenue to fund initiatives consistent with CPA guidelines:

In 2019, the City awarded Old West Church $400,000 to restore its windows and repair and repaint the historic exterior. The work has been recently completed under the guidance of the local firm, Spencer Sullivan and Voight. As recently as last month, Old West was also issued an additional $50,000 to further their preservation efforts.

You can learn more about the Community Preservation Act and its mission to assist Boston parks, historic structures, and affordable housing.