Dr. Karilyn Crockett appointed as Chief of Equity for the City of Boston

The Chief of Equity for the City of Boston is a Cabinet-level position the Mayor established last week to embed equity and racial justice into all City planning, operations, and work moving forward.

Mayor Martin J. Walsh today announced that he will appoint Dr. Karilyn Crockett as the Chief of Equity for the City of Boston, a Cabinet-level position the Mayor established last week to embed equity and racial justice into all City planning, operations and work moving forward. Dr. Crockett brings to this new role extensive background in urban studies and planning with a lens on addressing inequities, leadership as a published author and lecturer at the Massachusetts Institute of Technology (MIT), and insight on municipal government from her time as Director of Economic Policy & Research, and Director of Small Business Development for the City of Boston. 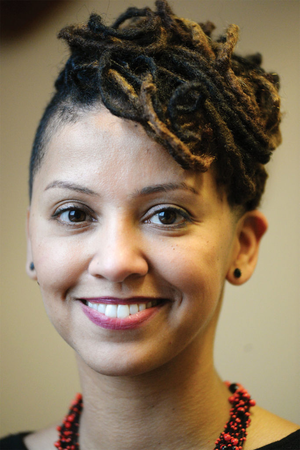 "Karilyn is one of the most intelligent people I know, and I am so honored to welcome her back to city government to take the helm of this new role," said Mayor Walsh. "Her record and accomplishments speak volumes about her passion and drive to move the needle on big issues, and I am confident that with her leadership, together we will combat systemic racism and inequities in every single way that city government touches people's lives."

Under Dr. Crockett's leadership, the Office of Equity will be charged with leading the Administration's efforts across departments to embed equity into all city work, and actively work to dismantle racism by putting an intentional focus on supporting communities of color and marginalized groups across all departments, and building equitable governmental structures to sustain this work. The Office will support cross-department collaborative functions that advance innovative equity and opportunity policies and practices, including the strategies outlined in Imagine Boston 2030. To do this work, the office will utilize and leverage the City's partnership and collaboration with community residents, nonprofit organizations and business leaders to promote equitable government policies and outcomes.

"As my home town and the entire nation struggle to fight the twin crises of the coronavirus pandemic and America's unfinished racial reconciliation, I am humbled and honored to join Mayor Walsh to imagine new possibilities for healing, recovery, justice and wealth-building for powerful communities who've been denied far too much for far too long," said Dr. Karilyn Crockett.

Dr. Crockett most recently worked as a Lecturer of Public Policy & Urban Planning at MIT. Prior to that, she worked in the City of Boston's Office of Economic Development, where she was tasked with creating an equity-driven policy framework for guiding job creation, small business development, neighborhood revitalization and public procurement strategies. Dr. Crockett holds a PhD from the American Studies program at Yale University, a Master of Science in Geography from the London School of Economics, and a Master of Arts and Religion from Yale Divinity School.

"Mayor Walsh's commitment to combat systemic racism in every single way that city government touches people's lives is wholly consistent with MIT's Department of Urban Studies & Planning's commitment and obligation to do the same," said Chris Zegras, Head of the Department of Urban Studies & Planning at MIT. "We look forward to working together with the city and its residents to create an anti-racist city."

Dr. Crockett's research focuses on large-scale land use changes in twentieth century American cities and examines the social and geographic implications of structural poverty. As a published author, her new book "People before Highways: Boston Activists, Urban Planners, and a New Movement for City Making" investigates a 1960s era grassroots movement to halt urban extension of the U.S. interstate highway system and the geographic and political change in Boston that resulted.

Dr. Crockett was the co-founder of Multicultural Youth Tour of What's Now (MYTOWN), an award-winning, Boston-based, education nonprofit organization. MYTOWN hired public high school students to research their local and family histories to produce youth-led walking tours for sale to public audiences. During its nearly 15 years of operation, MYTOWN created jobs for more than 300 low and moderate-income teenagers, who in turn led public walking tours for more than 14,000 visitors and residents. In a White House ceremony, the National Endowment for the Humanities cited MYTOWN as "One of the ten best Youth Humanities Programs in America."

The Office of Equity will focus on: