Justice Edward O. Gourdin Veterans Memorial Park, located in the heart of Nubian Square, will now be home to a memorial plaza dedicated to the Black veterans of Massachusetts. The 18,000-square-foot triangular parcel is bordered by Washington Street, Malcolm X Boulevard, and Shawmut Avenue. The project is the result of the steadfast, multi-year efforts of the Veterans and Friends of Gourdin Memorial Park community group. 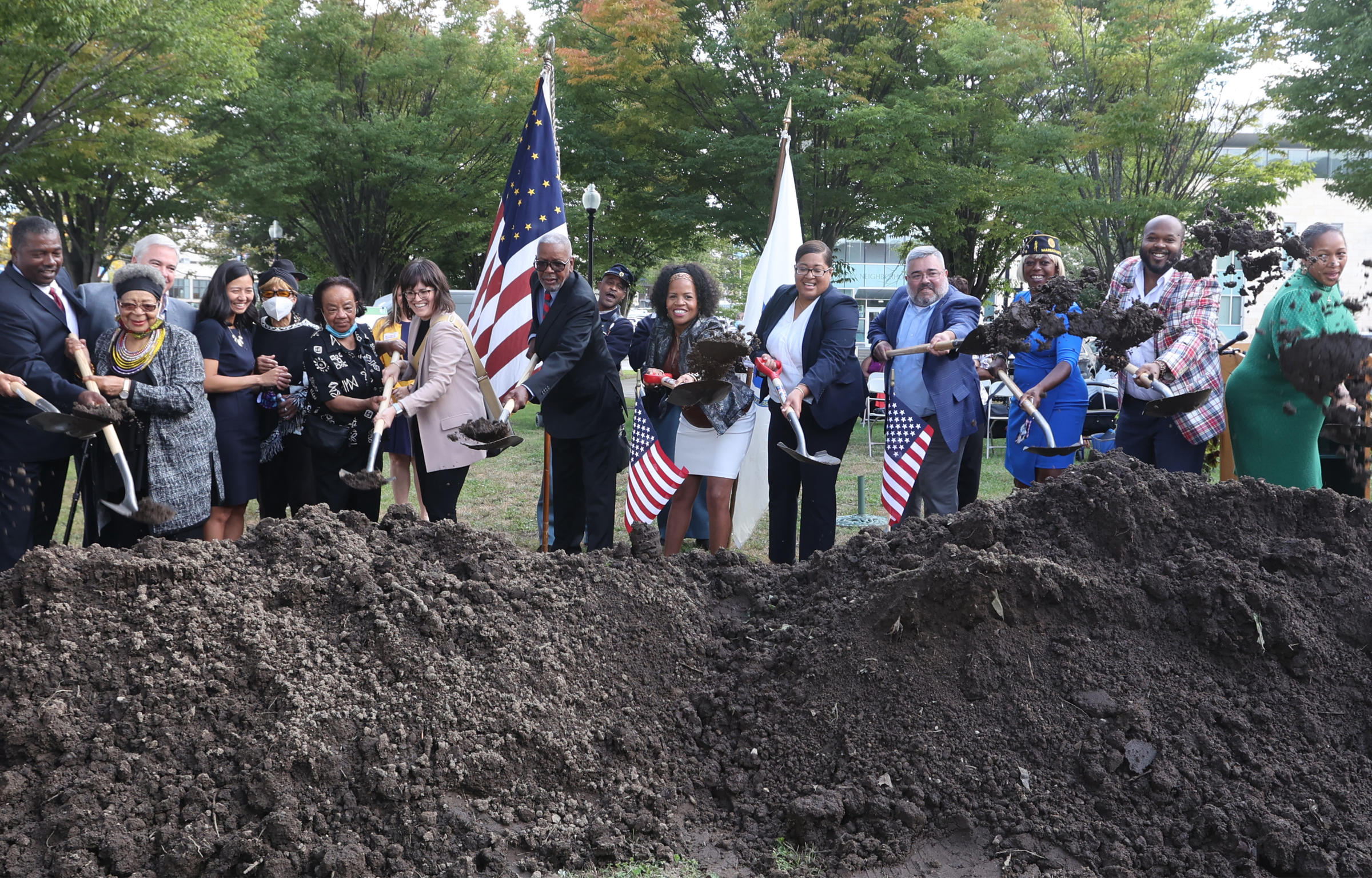 “Justice Gourdin was a man of ‘firsts’ and I’m so thankful to the community partners who have come together to memorialize his legacy,” said Mayor Kim Janey. “Justice Gourdin’s military service in a segregated unit reminds us of all the Black war veterans who did not receive the thanks or treatment they deserved. This memorial will serve as an important tribute to Black service members - past, present, and future.”

The late Boston artist Fern Cunningham-Terry created the figurative bronze sculpture of Justice Gourdin as one of her final works through her career that produced many noted pieces including “Step on Board” in the South End’s Harriet Tubman Park. The memorial artwork consists of the Gourdin statue and 10 bronze bas relief sculptures made by artist Karen Eutemey representing Black soldiers across 10 different wars. Complementing the memorial will be an interpretive entry marker, all set within a commemorative plaza designed by Martha Lyon Landscape Architecture.

A man of many great achievements, Edward Orval "Ned" Gourdin was the first Black and the first Indigenous (Seminole) person to be appointed a Superior Court judge in New England. He served the Roxbury District Court from 1951 until 1958, when he was appointed to the Massachusetts Superior Court, a post he held until his death in 1966.  Gourdin studied law at Harvard University, where he completed both his undergraduate and law school degrees. An exceptional athlete, he was the first man in history to long jump 25 feet and the first Black Olympian to win a silver medal in the Olympics in the long jump event.

As a sophomore at Harvard, he joined the Student Training Corps, and in 1925 enlisted in the National Guard. In 1941, he entered World War II where he was assigned to the 372nd Infantry Regiment, a segregated unit, and served as its commanding officer both in the United States and abroad. He rose to the rank of colonel, serving until 1947. After his discharge, Gourdin rejoined the National Guard and served until 1959 in the 272nd Field Artillery Battalion. He retired having earned the rank of Brigadier General, the first Black soldier to earn this rank in Massachusetts.