This guest blog post was written by Richard McGuinness, Deputy Director for Climate Change and Environmental Planning at the Boston Planning & Development Agency.

Since the City’s founding, Boston has shaped and been shaped by its waterfront. Wharves and, later, neighborhoods built along its shore have the provided the foundations for the region’s economy, while seminal events in the founding of our country occurred in Boston Harbor. When the City last developed a citywide plan for its waterfront in the 1980s, the City was confronting significant challenges along its shore: the daily discharges of raw sewage were fouling the water, Boston’s population was declining precipitously, and the waterfront industrial economy was experiencing significant job losses. This plan, Harborpark, guided housing and commercial development along the waterfront, preserved key areas for vital water-dependent industries, and enhanced and expanded the public’s access to the waterfront. 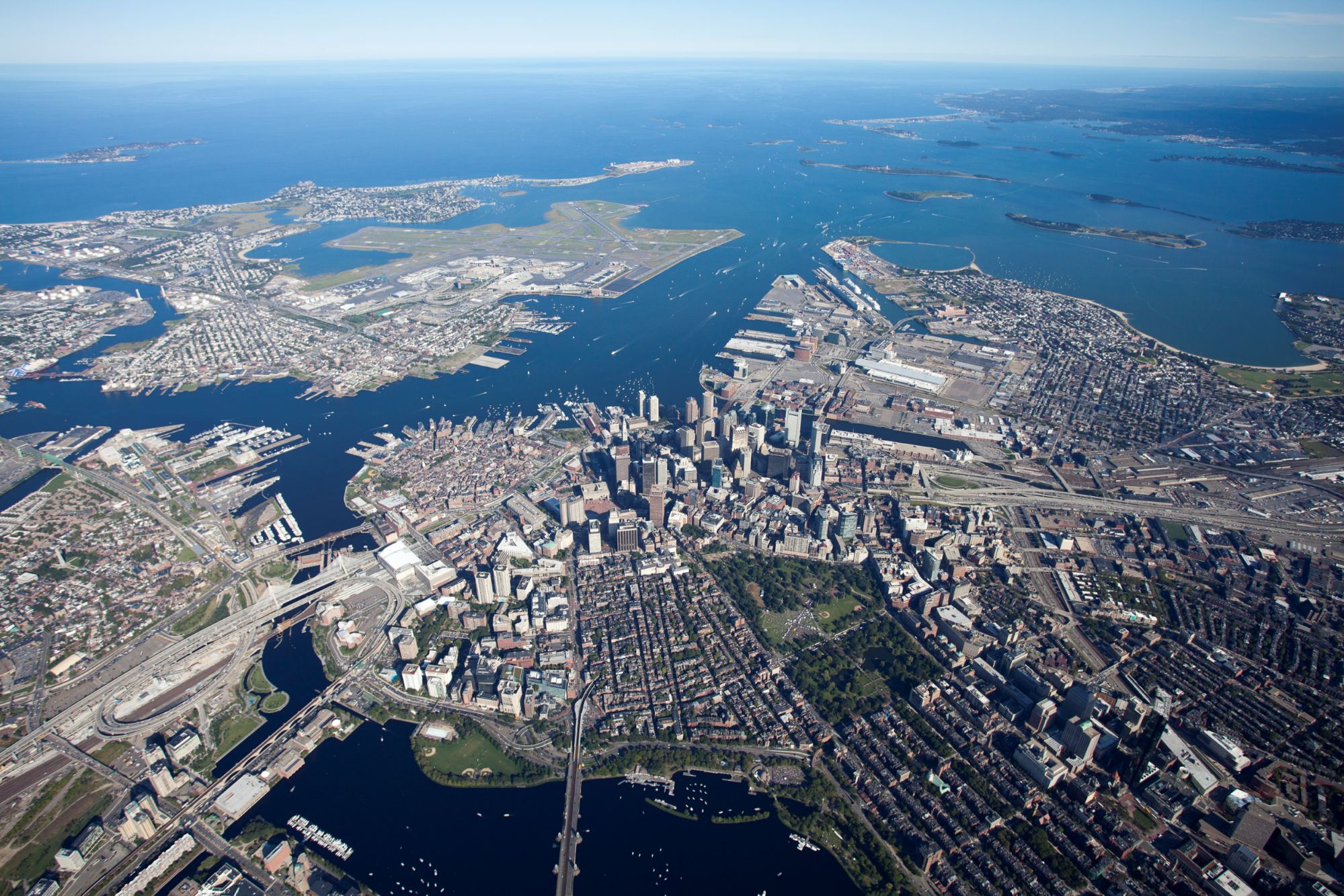 Since the completion of Harborpark, much has changed. Today, Boston has a clean harbor, a robust economy, and growing population, but faces new challenges, including decreasing affordability, persistent inequality, and a growing flood risk from a changing climate. A key component of Imagine Boston 2030, the City’s first citywide comprehensive plan in fifty years, is a renewed vision for its waterfront that leverages the opportunities of a revitalized waterfront to address these significant technical, financial, and organizational challenges to create a thriving waterfront for all for generations to come.

This vision was developed with input from City leaders, informed by conversations with community members, and refined by the citywide Waterfront Group, which convened in the summer of 2016. Over 1,700 people participated in the waterfront visioning, by using building blocks to envision Boston’s future waterfront evolution, through postcard comments on waterfront priorities, and more than fifty groups across eight community workshops designed possible ferry routes. 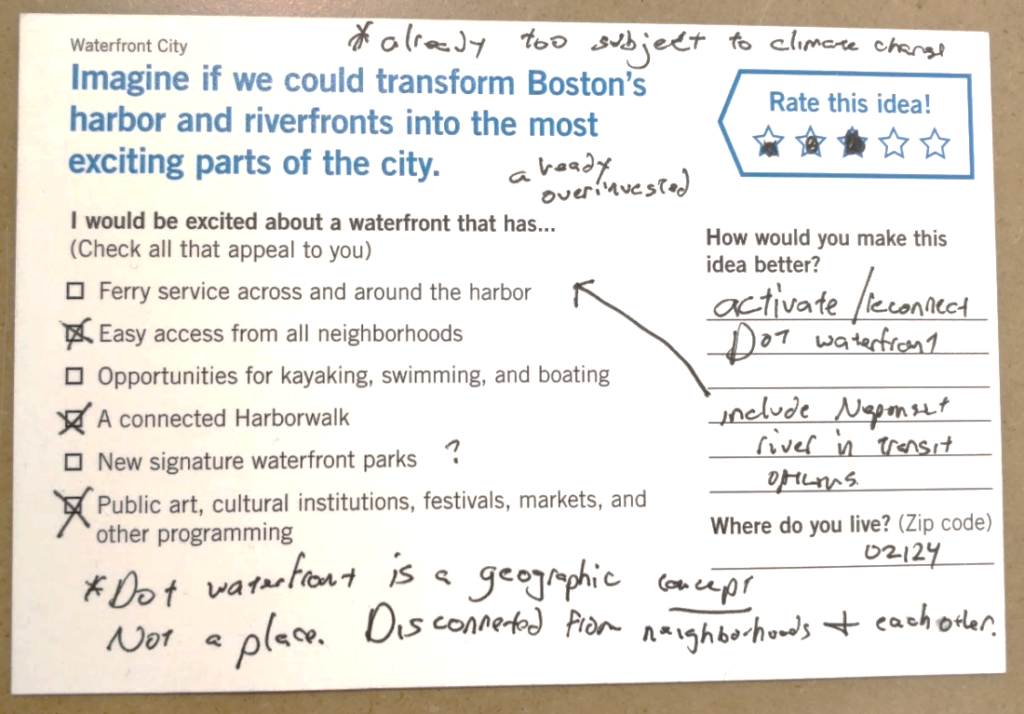 Some of the routes residents suggested include expanded harbor ferry service to connect East Boston, Charlestown, Downtown, and the Seaport. Additionally, residents mentioned a desire for new ferry or water taxi service along the Mystic River, Fort Point Channel, and the Chelsea Creek.

All of the feedback collected coalesced into the following Waterfront Vision and Guiding Principles:

In the face of growing climate-related risks and changing economic realities, Boston envisions…

A Waterfront for All

A Waterfront with Strong Stewardship

This vision of our waterfront can be realized through nine priorities guided by our principles: 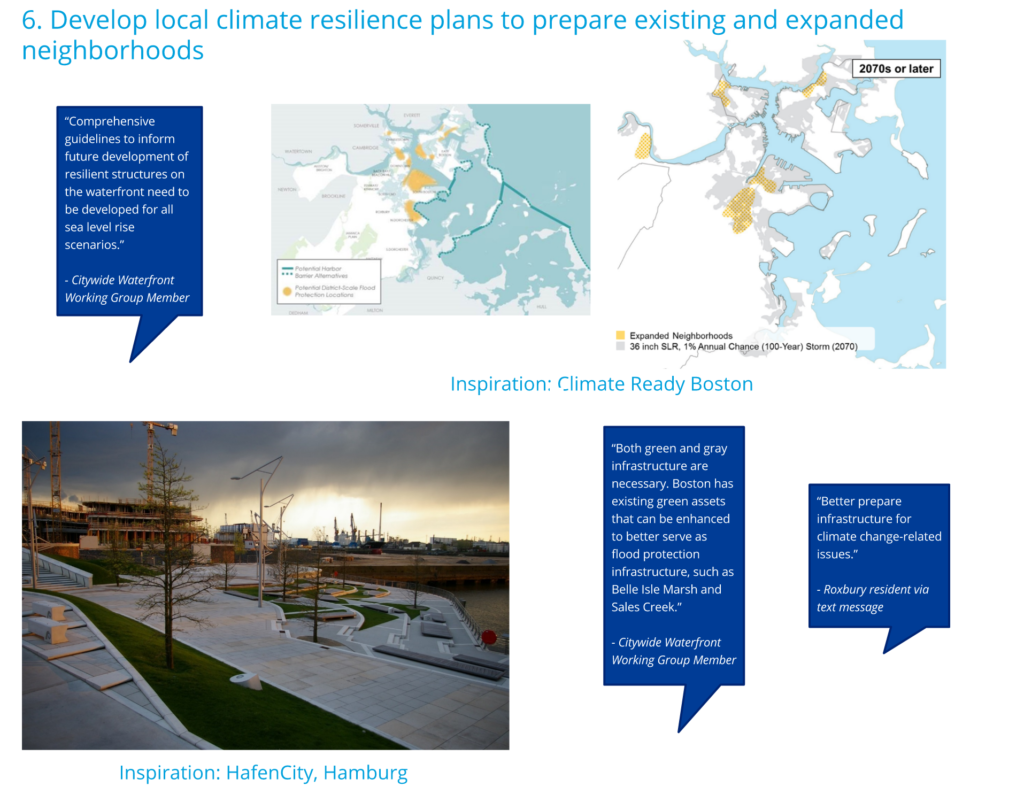 The Imagine Boston Waterfront: Assessment and Vision contemplates some potential actions in specific neighborhoods based upon these priorities, which will guide future planning, regulation, and implementation to ensure that the City of Boston creates an resilient, inclusive, and sustainable waterfront for future generations.

As we work toward finalizing the Imagine Boston 2030 plan this spring, we still want to hear from you! Did you participate in this activity? Share your experience on Twitter, Facebook, and Instagram using #ImagineBoston. And as always, don’t forget to sign up for Imagine Boston updates!

Have you had a chance to read the Expanding Opportunity draft? We need your feedback! Share your thoughts on a physical copy at any Boston Public Library branch, online through our survey, or via email at imagine@boston.gov!