Current CFO Emme Handy will return the Broad Institute of MIT and Harvard in a new leadership role.

Mayor Kim Janey today announced that Emme Handy will be departing the City of Boston after three successful years of managing City finances to return to the Broad Institute of MIT and Harvard. Handy first joined the Broad in 2015 after working for the Commonwealth of Massachusetts since 2007. Justin Sterritt has been appointed to the role of Chief Financial Officer, effective April 16, 2021 after serving as Budget Director for the City since October 2017.

“Emme has overseen the budget soundly and thoughtfully for a number of years and I thank her for her contributions to the City of Boston,” said Mayor Janey. “The experience she brought to the City of Boston from state government and the Broad has proved critical, especially as she had to navigate uncharted waters over the past year. Emme has been steadfast throughout the pandemic to ensure that critical programs, from testing in every neighborhood to reliable food sites for families to re-opening our schools for families, could move forward for the people of Boston, while still ensuring the City’s budget was in a strong position to support our needs for years to come.” 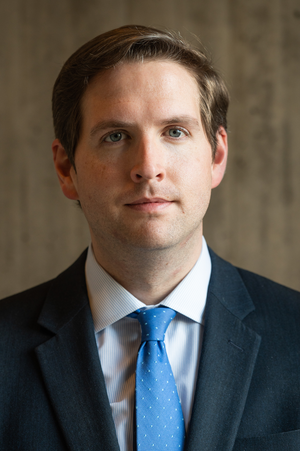 As CFO, Sterritt (pictured) will serve as the Chief of the Administration and Finance Cabinet, where he will be responsible for all aspects of financial management for the City of Boston. In this role, he will continue the sound fiscal stewardship of the City’s human and financial resources to support the long term growth and stability of the city. His financial responsibilities include debt and investment management, financial reporting, budget development and oversight, tax administration, and administration of enterprise-wide financial systems. As Collector-Treasurer, he is the custodian of more than 300 City trust funds.

“I want to welcome Justin as the City of Boston’s new CFO, a role that is so important to the financial well-being of the city as we begin to recover from the pandemic, and plan for a brighter and more equitable future,” said Mayor Janey. “Justin brings a wealth of knowledge to this role, and I am confident that his years of experience in being a fiscal steward of public dollars on behalf of our residents make him well-suited to lead this office. I look forward to working alongside him as we make bold investments in our neighborhoods, and in the people of Boston.”

Sterritt brings a decade of public sector finance leadership experience including most recently serving as Director of the Office of Budget Management for the City. During his three year tenure as Budget Director he successfully developed and managed the city’s $3.5 billion annual operating budget and $3 billion five-year capital plan, while also improving the effectiveness and efficiency of municipal government. Central to the budget during this time were historic and strategic investments in public education, public health, and housing.

Sterritt has also led key strategic efforts on behalf of the City including increasing engagement and equity in the annual budget process, managing state funding dynamics including recent successful efforts to increase state funding support and supporting the City’s response and recovery to the COVID-19 pandemic during a rapidly changing and evolving economic climate. Sterritt has overseen the City’s strategy to manage both City resources but also access and maximize hundreds of millions of dollars in new federal funding and ensure it is deployed equitably in the areas it’s needed the most like public health, economic recovery and housing supports.

“I’m humbled and excited by the opportunity to serve my City in this new capacity, and thankful to Secretary Walsh and Mayor Janey for their faith in bringing me in to serve the City and appointing me Chief Financial Officer,” said Justin Sterritt. “I have been fortunate over the past three years to learn from the integrity, skill and vision that Emme Handy brought to the CFO role, and the A&F team she assembled is the envy of any major local government in the country. I’m thrilled to help build on the City’s strong financial standing and help implement a bold agenda under Mayor Janey while we continue the City’s robust response to COVID-19.”

Prior to joining the City of Boston, Sterritt spent over six years in various finance and policy roles for the Commonwealth of Massachusetts. He spent three years with the Massachusetts House Committee on Ways and Means, departing as Budget Director. In this role, Sterritt oversaw the analysis, development and execution of the House of Representatives' annual State operating budget. Sterritt directed a staff that reviewed, analyzed, and recommended funding for $40 billion in state spending and revenue.

Before joining House Ways and Means, Sterritt served in the Executive Office for Administration and Finance (A&F), the state agency charged with managing the Commonwealth's finances, where he was responsible for the fiscal and policy recommendations of the Early Education, K-12, Local Aid and Higher Education systems. Prior to A&F, Sterritt served in the Executive Office of Housing and Economic Development on state and local infrastructure projects, and public financing for economic development initiatives throughout the Commonwealth. 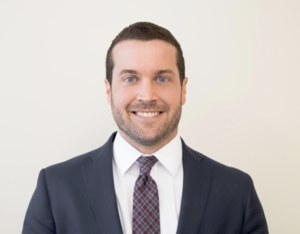 With the appointment of Sterritt, Drew Smith (pictured) will assume the role of Deputy Chief Financial Officer. As Deputy CFO, Smith will support the CFO in overseeing management of the City’s financial resources. Smith has served as Head of Treasury since November 2017 and brings over three years of experience managing the City’s revenue and distributions, long-term debt and trust funds. In his current role, he has overseen initiatives to modernize and maximize revenue collection, managed successful bond sales and led an initiative to update the City’s Cash Policy, which included launching the City’s Environmental, Social, Governance (ESG) Investment Initiative and Boston’s Community Bank Investment Initiative.

Prior to serving as the City’s Head of Treasury, Smith brought over ten years of experience in treasury roles, including his most recent role serving as Deputy Assistant Treasurer for Debt Management at the Massachusetts State Treasury.

Emme Handy will be rejoining the Broad Institute of MIT and Harvard, where she previously worked for nearly three years. Handy served as CFO and Chief of the Administration and Finance Cabinet for the City since January 2018. As CFO, Handy has successfully maintained the City’s commitment to the sound fiscal stewardship of the City’s human and financial resources. During her time as CFO, the City achieved AAA bond ratings for three years in a row and the seventh consecutive year overall. She has overseen the transformation of the City into a modern, employee-focused employer, led a cross-cabinet initiative to implement improvements to internal business processes and procedures aimed at creating a more equitable and diverse procurement process as well as increasing transparency, accessibility and efficiency in the City’s procurement processes, and expanded the City’s paid parental leave benefit available to eligible employees. Additionally, she has played a leadership role in supporting City through the COVID-19 pandemic, overseeing both the financial and workforce related responses.

The nonprofit Broad Institute of MIT and Harvard aims to empower the next generation of creative scientists to transform medicine with new genome-based knowledge and develop effective new approaches to diagnostics and therapeutics. Handy will be serving as Senior Advisor to the Chief Operating Officer, supporting the Broad as it responds to the COVID-19 pandemic, including providing testing services in partnership with the Massachusetts Department of Public health for local hospitals, clinics and high-need communities, colleges and universities, and many Massachusetts K-12 schools; advances therapeutics and drug discovery; and launches a new initiative to use machine learning and artificial intelligence to advance connections between data and life sciences to transform biology and ultimately improve human health.

“It has been an incredible honor to serve the City of Boston as Chief Financial Officer,” said Emme Handy. “I’m grateful to have had the opportunity to serve my community and my neighbors, the residents of Boston, over the past few years. I would like to thank Secretary Walsh and Mayor Janey for the opportunity to serve in this capacity. It has been an honor to serve Mayor Janey during the mayoral transition. Justin Sterritt, my friend and longtime colleague, is a model public servant who brings a wealth of knowledge and experience to this role. The City is lucky to have him and I know he will continue the City’s commitment to fiscally responsible management as CFO. I’m thrilled to return to the Broad at this pivotal time to support the Institute’s transformative work to improve human health.”

The Administration and Finance Cabinet ensures that city services are delivered with high quality, with high ethical standards, are financially prudent, are responsive to the needs of the citizens of Boston, and consistent with the laws and ordinances governing municipal government.

Most recently, the City of Boston announced that it has maintained triple-A bond ratings, as assigned by Moody's Investor Service and S&P Global Ratings, in advance of its 2020 bond sale. Since 2014, the City has continued to receive the top credit rating from both rating agencies. The agencies' affirmations of Boston's strong financial health are a recognition of the City's fiscal management during the COVID-19 pandemic. For more information about the City’s budget, visit boston.gov/budget. For more information about the City’s investor relations, visit BuyBostonBonds.com.