At the South End Landmark District Commission (SELDC) hearing on September 3, the Commission approved (in concept) the proposal for a boutique hotel at the historic Alexandra Hotel site. 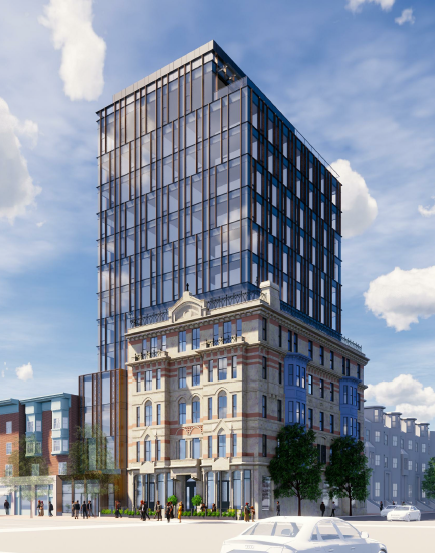 While this approval means the tower will  move forward with its conceptual design, a subcommittee will be responsible for ongoing dialogue regarding the specific design details of the new structure. The project scope,developed by JB Ventures and CBT Architects, calls for the preservation and meticulous restoration of the architecturally significant Massachusetts Avenue and Washington Street facades in addition to  the construction of a 13 story tower at the rear of the original structure.

Despite the proposed preservation of the street-facing facades, the redevelopment of the Hotel Alexandra is controversial and has prompted both significant support and opposition from the South End community. Preservationists argue that preserving only the facade - commonly known as “facadism” or “facadectomy” -  results in the loss of the building’s original intention: the craft of the building’s construction, its original use, and its neighborhood scale. Critics also assert that the construction of a modern hotel tower (at a height higher than the 45-foot limit currently allowed by the city’s zoning code) will detract from the character of this portion of the South End/Roxbury streetscape. Although there is disagreement over the best way to preserve the building, both sides can likely agree that the significantly deteriorated state of the building  has created an urgent need to salvage what remains of this iconic structure. 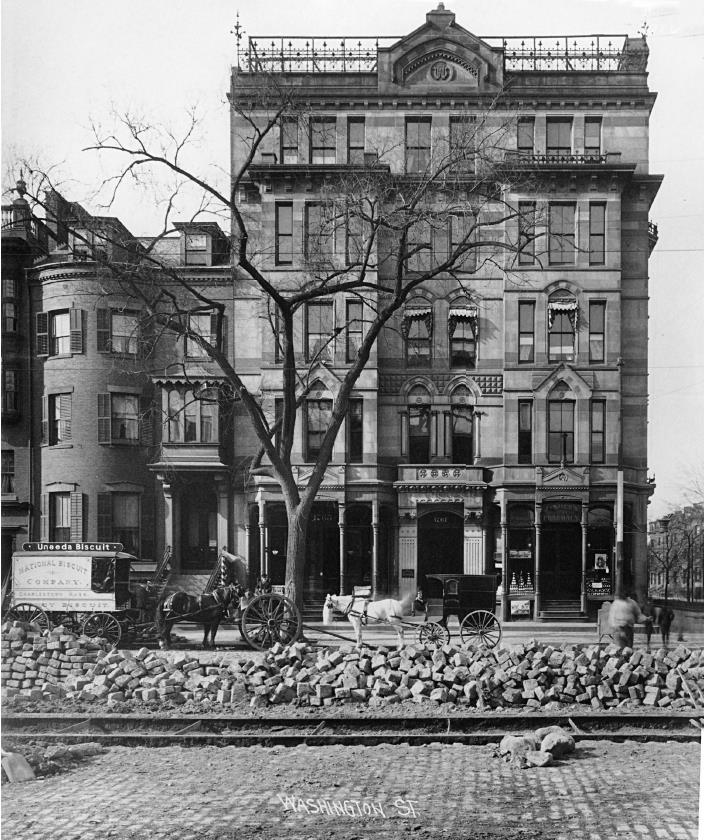 To understand the rationale of the Commission’s decision, it is important to note  the entire context of the Alexandra’s unique condition, specifically that of the interior infrastructure. The building  has been abandoned between 40 and 50 years; the interior floor plates have the battle scars to prove it. Fire, water, vandals and scrappers have had their way with the property for decades. Preserving and building behind the original facade, while not a best practice, could quite possibly be the last remaining option for the Alexandra. City officials and neighbors alike fear that the landmark will meet the same fate of its former neighbor, the Ivory Bean House. Bostonians will recall that the Ivory Bean house met its date with the wrecking ball in 2011 due to public safety concerns related to the building’s neglect over the years.

The Commission’s decision to approve the tower addition was not easy; there was an extended period of collaboration regarding financial justification, establishing past precedent, and questioning the implications for future precedent. Ultimately, the Commission negotiated a modern architectural addition that maintains the neighborhood street scale utilizing setback, materials and contrast that, when viewed collectively from around the district, are interpreted as two unique structures that emphasize the grandeur of the original architecture. In the end, we as a commission and a community must reflect on the lessons learned from this project should not be forgotten; preventative measures to preserve historic structures throughout the city should be taken to prevent similar situations in the future. Intervention by way of “mothballing” and minimum maintenance is paramount to protecting our built heritage for the future. The city’s breakneck pace of development has seen countless examples of older or abandoned structures that were once thought of as outdated are seeing a new life in with the changing ways we live, work and play.