The City Councilors were briefed on preparations for the incoming City administration.

Boston Mayor Kim Janey met Thursday with Boston City Councilors and mayoral candidates Annissa Essaibi George and Michelle Wu at the Parkman House to discuss the transition timeline for the next Mayor of Boston. The leaders agreed on a transfer of power on November 16, 2021, following the municipal election on November 2, 2021. The talks mark the first step in a smooth transition to a new city administration. 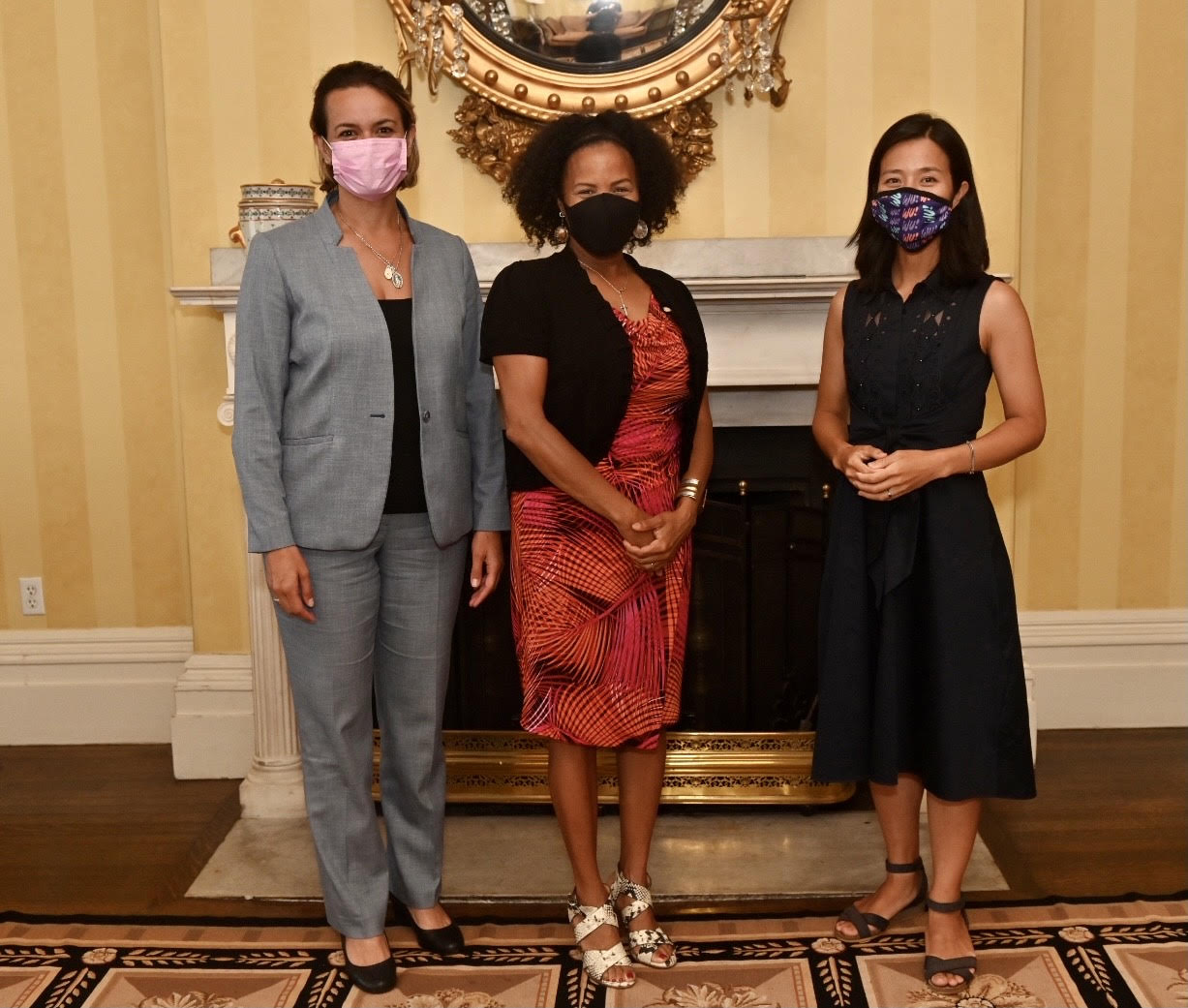 “From my first to my last day as mayor, the wellbeing of Boston’s residents has remained my top priority,” said Mayor Janey. “Starting these conversations with Councilors Wu and Essaibi George now helps ensure the new mayor will be ready to do her job and address the concerns of Boston’s residents on day one.”

Mayor Janey was sworn-in as the 55th Mayor of Boston on March 24, 2021, making history as the city’s first woman and first Black mayor, after former Mayor Marty Walsh was appointed U.S. Secretary of Labor.

Timing for the City of Boston mayoral transition is dictated by statute. This provision establishes that a new mayor be sworn-in after election results are certified. Following the election, there is a required ten day recount petition period during which results cannot be certified. The close of the recount petition period is November 12, 2021, at 5 p.m. If a recount is not requested, Boston’s Board of Election Commissioners will certify the results on Monday, November 15, 2021, allowing for the transition to take place on November 16, 2021. Mayor Janey will complete her term following certification of the November 2, 2021 election results. Councilors Wu and Essaibi George agreed to November 16th as the target date for the transition to Boston’s next mayor.

To prepare for the November 16 transfer of power, Mayor Janey will lead administrative discussions with both Councilors Wu and Essaibi George. In mid-October, the Councilors will receive summaries of the general structure and operation of City departments. More detailed department briefings will follow in early November, once the mayor-elect has been determined.