Mayor Martin J. Walsh announced today that he is appointing Nick Martin to be the administration's new Chief Communications Officer, effective Monday, December 14. Martin, who is currently the Director of Public Affairs and Communications for Coca-Cola Beverages Northeast, is a veteran city hall aide, having previously worked in the Walsh and Menino administrations for a combined eight and a half years.

"During his previous time working for the City of Boston, Nick established a reputation for being a strategic thinker that brings his colleagues together to tell the story of all that the city is doing to support and advance the lives of people in Boston," said Mayor Walsh. "He's continued to develop these skills in the private sector, and I am pleased to have him re-join my administration as Chief Communications Officer and lead the collaboration with the communications staff from every city agency and department."

Martin has spent the last four years working for the Coca-Cola system in the Northeast, first for The Coca-Cola Company and currently for the independent franchise bottler Coca-Cola Beverages Northeast. In addition to managing public policy issues for the company across its seven-state territory, Martin also oversees internal communications and has led several initiatives to improve employee engagement for the 3,400-person organization. He launched and oversees the company's diversity, equity and inclusion steering committee and coordinated multiple companywide engagement surveys to solicit feedback from employees.

"In many ways, this feels like a homecoming for me," said Martin. "I started as a press assistant in the Mayor's Office in 2008, and it is truly the honor of my career to have the opportunity to lead the communications team 12 years later. I'm beyond eager to support Mayor Walsh in communicating his ambitious agenda for all the people of Boston, and I'm ready to hit the ground running next month."

Prior to joining Coca-Cola, Martin was the Communications Director for the Boston Planning & Development Agency (BPDA), where he helped manage an initiative to re-envision the agency previously known as the Boston Redevelopment Authority. He also served as the Communications Director for the Boston Public Health Commission (BPHC) during a severe flu season in 2013 and in the wake of the Boston Marathon bombings, when the agency provided a variety of trauma support and relief services. He started his city hall career in the Mayor's Press Office in 2008, and later spent two years as Special Assistant to the Chief of Staff before serving the BPDA and BPHC.

Martin has volunteer roles with several community organizations in Boston, including Save the Harbor Save the Bay, where he's a board member and treasurer for the nonprofit, as well as the youth literacy organization WriteBoston, where he also serves on the board. He is also an advisory member to The BASE, which helps student-athletes achieve their full potential both on and off the field.

Martin holds an undergraduate degree in government from Dartmouth College. He and his wife Lyndsey, a clinical psychologist, reside in South Boston with their dog Stanley. 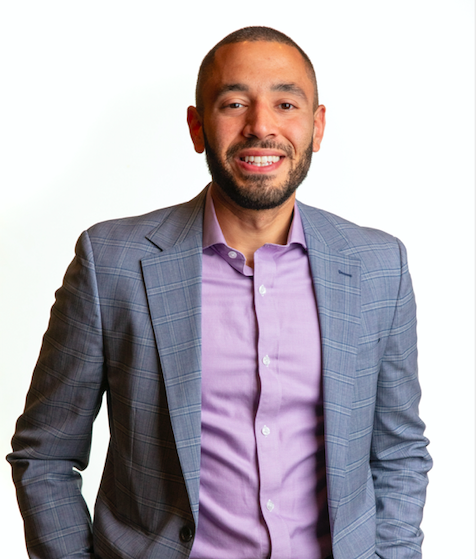