All shows begin at dusk. The series is sponsored by Bank of America and hosted by Mayor Michelle Wu and the Boston Parks and Recreation Department. Additional support is provided by the Mayor’s Office of Tourism, Sports, and Entertainment and Soxcessful.

Dates and locations are as follows:

“The Mitchells vs. the Machines”

“Shang-Chi and the Legend of the Ten Rings”

“Raya and the Last Dragon”

“Willy Wonka and the Chocolate Factory”

All ParkARTS performances are free of charge. For more information please contact the Boston Parks and Recreation Department at 617-635-4505. Stay up to date with news, events, and improvements in Boston parks by signing up for our email list at bit.ly/Get-Parks-Emails and following our social channels @bostonparksdept on Twitter, Facebook, and Instagram. 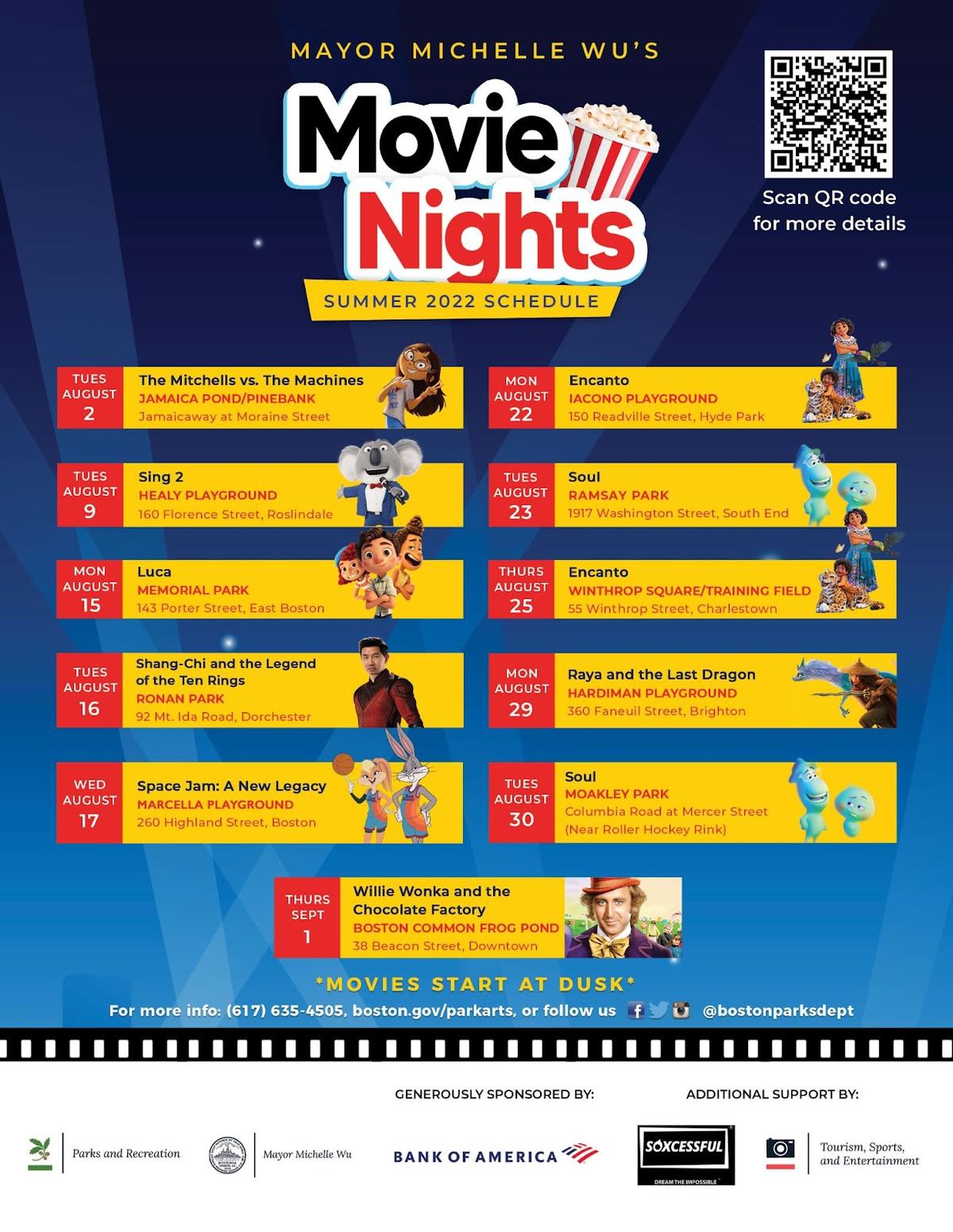