Matt O’Malley, City Councilor for District 6, representing neighborhoods of Jamaica Plain, West Roxbury, parts of Roslindale, Roxbury, and the Back of the Hill, will now preside over the Council as Council President Pro Tempore. 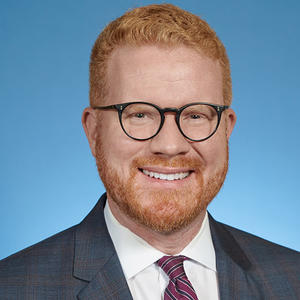 Council President O’Malley, who grew up in Roslindale and graduated from Boston Latin School and George Washington University, began his public service career as a high school intern for City Councilor Peggy Davis-Mullen. He was first elected as City Councilor on November 16, 2010 in a special election.

“Twenty-five years ago, I served as an intern for the Boston City Council. Today, as I wrap up my ten year career, I will lead this body as your President Pro Tempore. Words cannot express how grateful I am for this opportunity, and how excited I am for the opportunity to support this Body and our City,” said Council President O’Malley.

Council President O’Malley served as political director for MassEquality, a LGBTQ advocacy organization for marriage equality. He was a campaign manager to help elect the Commonwealth’s first woman of color Suffolk County Sheriff Andrea Cabral. He has served as a member of the Charles H. Farnsworth Housing Corporation,  the Edward Ingersoll Browne Fund, Habitat for Humanity, Greater Boston, Project Hope and the Dana Farber Cancer Institute, and is a Trustee for the Boston Latin School Association.

On the City Council, Council President O’Malley is the Chair of Environment, Resiliency, and Parks Committee. He has led on environmental initiatives such as promoting net zero carbon building standards, eliminating gas leaks and single-use plastic bags, as well as diverting organics through curbside composting in the City of Boston. As the Council President, he will now Chair the Committee of the Whole and the Committee of Rules and Administration.

Some of his other work includes various public health, economic, and social issues including but not limited to Senior Silver Alert System, free sunscreen in Boston’s parks and playgrounds, banning the sale of animals in the City of Boston, affordable housing zoning relief, and conducting safe and accessible elections amid the COVID-19 pandemic.

Council President O’Malley stated that the job of a Council President is to “set the right tone.” His priorities for this year include a resilient COVID-19 recovery for every Boston resident -- from students and frontline workers to small businesses owners.

He currently lives in West Roxbury with his wife, Kathryn and daughter, Margot.

The Boston City Council, their staff and Central Staff congratulate Council President O’Malley and look forward to the year ahead under his leadership.