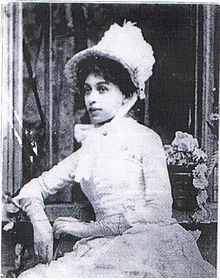 Florida was born in Boston’s West End to prominent and politically active parents.  Her father, George Lewis Ruffin, was the first black man to graduate from Harvard Law School and the first black judge in the United States.  Her mother, Josephine St. Pierre Ruffin, published a newspaper for black women, and worked in the suffrage and civil rights movement.

Florida went to school to become a teacher and taught in the Boston Public Schools for eight years.  In 1888, she resigned in order to marry Ulysses A. Ridley. Prior to 1953, women teachers were forced to resign from their teaching posts when they married. You can see Florida’s teaching qualification record below. 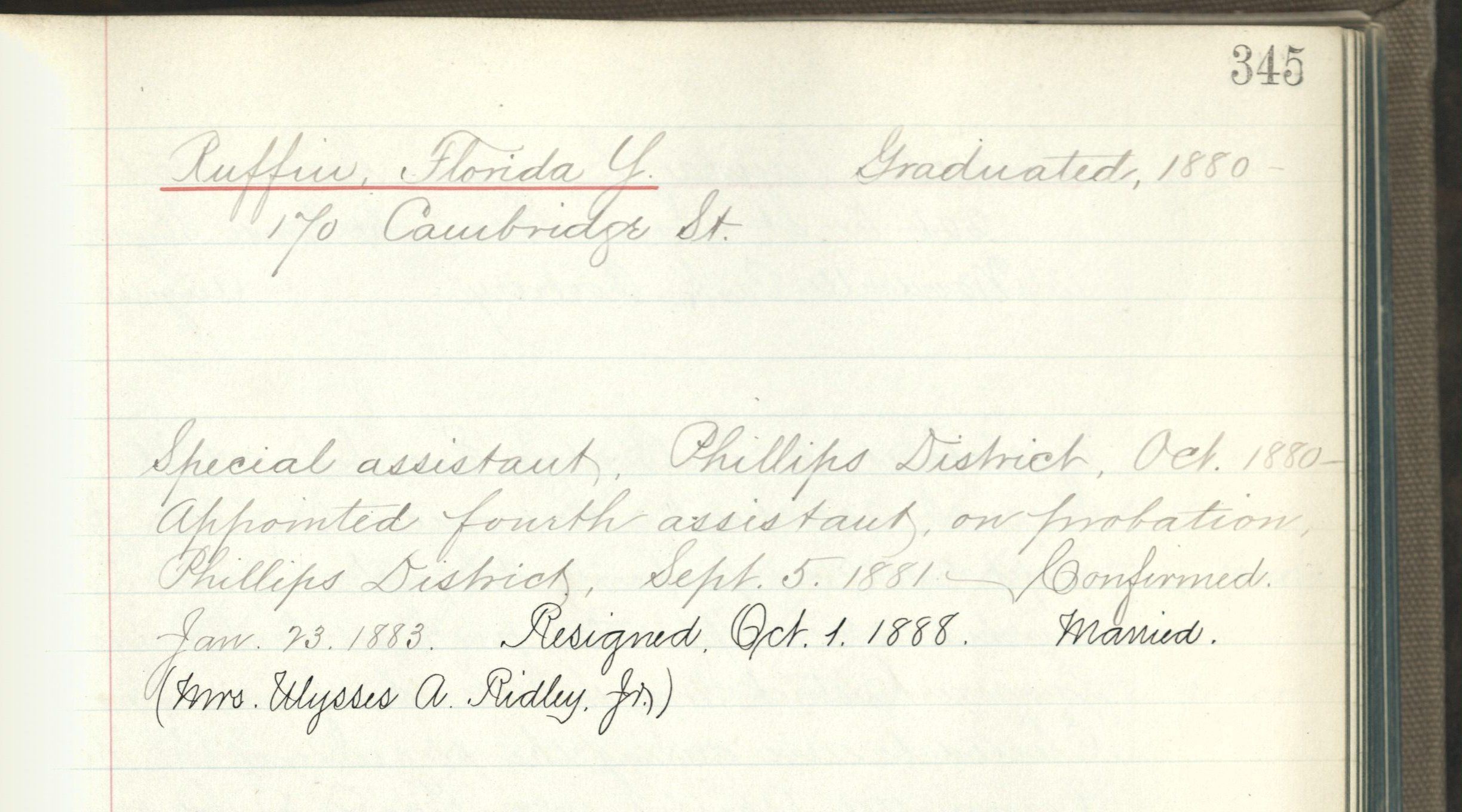 Though Florida had to resign from her teaching job because of her marriage, she did not leave public life.  She began editing her mother’s newspaper, Women’s Era, and became involved in both the women’s suffrage movement and the anti-lynching movement.  She also worked to preserve black culture and history. She founded the Society for the Collection of Negro Folklore in 1890 and the Society of the Descendents of Early New England Negros in the 1920s.  Today, Florida Ruffin Ridley is known as a renaissance woman who made significant political and cultural contributions to American society. 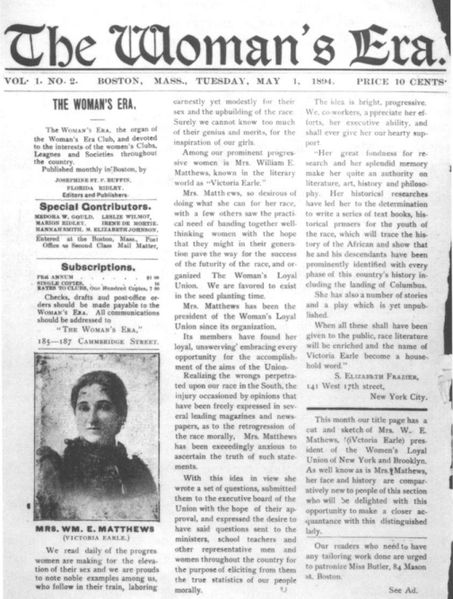 Florida's home on Charles Street is a stop on the Boston Women’s Heritage Trail. As Black History Month winds down and Women’s History Month kicks off, perhaps you should stop by!