Boston Mayor Martin J. Walsh, Somerville Mayor Joseph A. Curtatone, and the 13 other communities of the Metro Mayors Coalition today announced a new regional housing production goal for coalition cities and towns to meet the demands of a robust regional economy and a growing population in Boston and surrounding areas.

In a press conference at an affordable housing development site in Somerville, the 15 members of the Metro Mayors Coalition announced a target to create 185,000 new units of housing across the region by the year 2030. This landmark regional housing commitment includes a regional production goal, with a set of 10 principles and best practices to guide the commitment toward meaningful action. 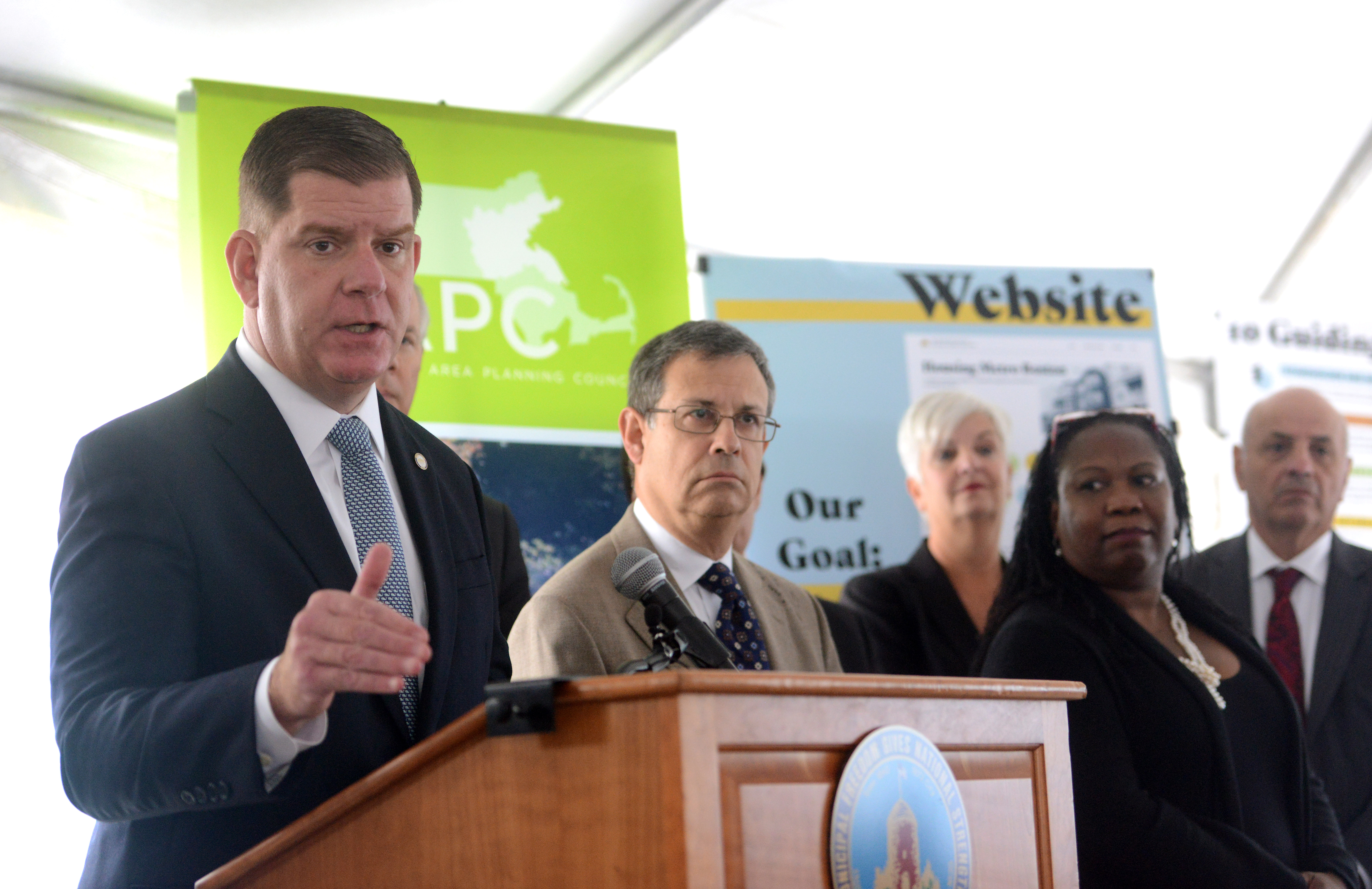 "We are at a pivotal time in Greater Boston as our economy continues to grow and thrive, and more people move to our communities. As the region grows, we must ensure our cities and towns keep up with the demand for affordable housing, ensuring families can stay in the communities they love," said Boston Mayor Martin J. Walsh. "Last month I increased Boston's housing goal from 53,000 to 69,000 new units of housing by 2030 -- but we know our challenge requires a regional solution. I am proud to stand with my colleagues of the Metro Mayors Coalition who are committed to increasing the housing supply across Greater Boston so that we can strengthen all of our communities for generations to come."

These new units build on Mayor Walsh's announcement last week, as the City of Boston increases its overall housing targets from 53,000 units to 69,000 units by 2030 to meet Boston's population growth and increase the number of housing opportunities available to residents. These new housing goals, which were first set in 2014 through Housing a Changing City: Boston 2030, build on Mayor Walsh's commitment to increasing access to home ownership, preventing displacement and promoting fair and equitable housing access.

Work toward setting a regional goal began last year when communities banded together to establish a Task Force to address the region's growing need for more housing. The Metropolitan Area Planning Council (MAPC) in Boston projects Eastern Massachusetts will need 435,000 units of housing by 2040 to meet demand; today's announcement is a key step in that direction.

Since 2010, the 15 cities and towns of the Metro Mayors Coalition have added nearly 110,000 residents and 148,000 new jobs, while permitting only 32,500 new housing units. Competition for the limited available housing drives up prices, makes it difficult for people to find homes they can afford, and increases the potential for displacement.

Metro Mayors Coalition communities are on track to add 235,000 net new jobs from 2015 to 2030; combined with the imminent retirement of the region's Baby Boomers, this robust economic growth will entail hundreds of thousands of new workers entering the labor force. If recent trends continue, a growing share of those new workers will want to live near the core of the region, where they can be close to their jobs and all the amenities the area has to offer.

"Our region is in the midst of housing emergency. It is a crisis of housing affordability and availability that has deep and disastrous impacts on individuals and families. And it is not contained by municipal boundaries -- it is a problem of such scale and scope that it demands cities, towns, and the state come together to develop bold regional solutions," said Mayor Joseph A. Curtatone. "That is our charge, and I'm encouraged to be announcing a regional goal as the result of our first phase of work. But this first phase is only a beginning. It is incumbent on us all to continue our work and implement actionable plans to achieve this goal."

"Housing production isn't just a Boston problem and no one community can solve our housing crisis alone. Home prices are rising throughout the region, and even as demand has grown, production has lagged. Today, these local and state leaders are stepping up to tackle the housing crisis head-on, because our residents can't wait," said Marc Draisen, Executive Director of the Metropolitan Area Planning Council (MAPC) in Boston, which staffs and facilitates the Metro Mayors Coalition.

With this new regional effort, the Metro Mayors agreed to 10 Guiding Principles:

View the new task force website, which outlines the production goals and strategies to get there, at http://housingtaskforce.mapc.org.