Public Radio is a larger-than-life, futuristic radio that allows anyone to change the station.

The creation of Public Radio was made possible by a collaboration between New American Public Art and creative programmer, Andrew Ringler. The project was supported by Microsoft Technology and Civic Engagement, The Mayor's Office of New Urban Mechanics, Microsoft Garage, and the Artisan’s Asylum. Additionally, the project was sponsored in part by Vernier Software & Technology.

In the words of the artists behind the project, modern “audio experiences are mostly solitary...Public Radio is meant to reinvigorate the shared experience of listening, offering a public amenity at public scale, to play whatever happens to be on the airwaves.” 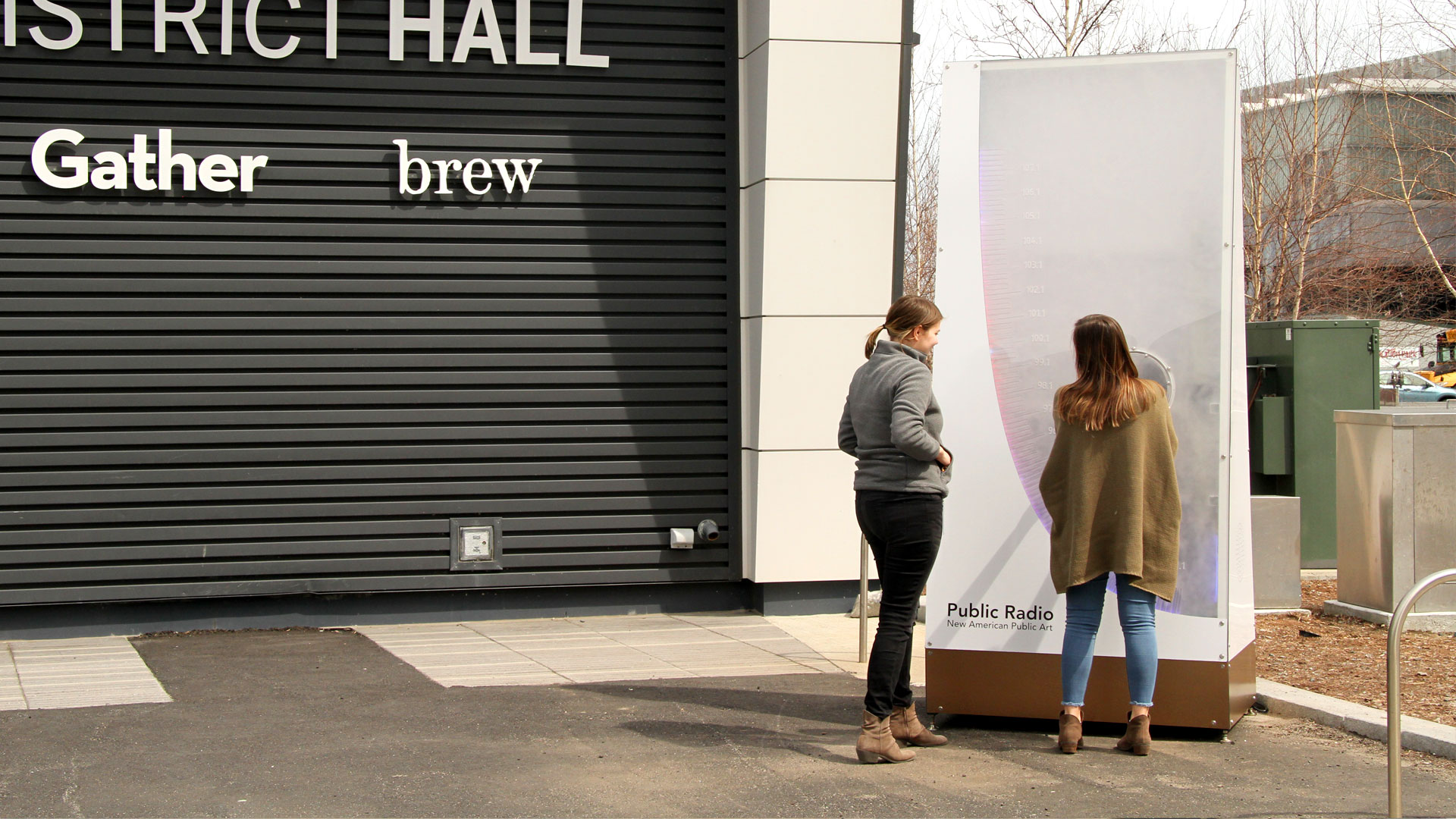 Public Radio will be on display through September 2019. For those interested, the design and technical details of Public Radio can be found on Github, where anyone can freely download the software code behind the project.

Microsoft’s Technology and Corporate Responsibility work aims to connect the city with Microsoft resources relevant to the top priorities in Boston, including the Microsoft Garage. The Microsoft Garage at NERD is built to optimize the connection between Microsoft and the broader community. With nearly 15,000 square feet of space, the new Garage at NERD provides room to congregate, a makerspace, an advanced makerspace and a reality room.