On July 4, 1861, Bostonians celebrated Independence Day as they grappled with the reality of civil war.

In April 1861, the Confederate Army fired on Fort Sumter, triggering the Civil War. By July 4 of that year, Union and Confederate armies had fought seven battles. The Union army was beginning a large-scale mobilization.

In this atmosphere, Boston celebrated Independence Day. The City’s 1861 celebration emphasized the importance of the Union. 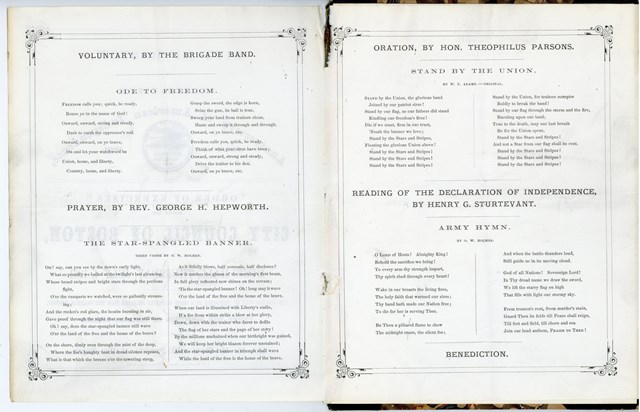 The City’s official ceremony, as you can see above, included the songs, “Stand by the Union” and an “Army Hymn.” The Star Spangled Banner was also part of the event. 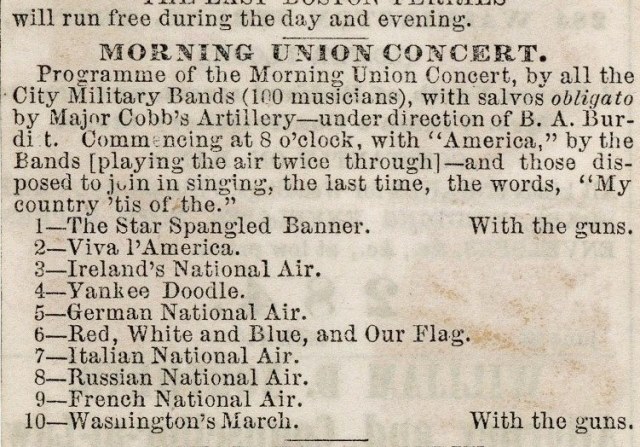 A morning concert emphasized both the unity and diversity of the United States. Military bands played songs like “Red, White, and Blue, and Our Flag.” They also played the national songs of Germany, Russia, Italy, Ireland, and France. The concert honored the wide range of ethnic groups represented by the people of the United States. 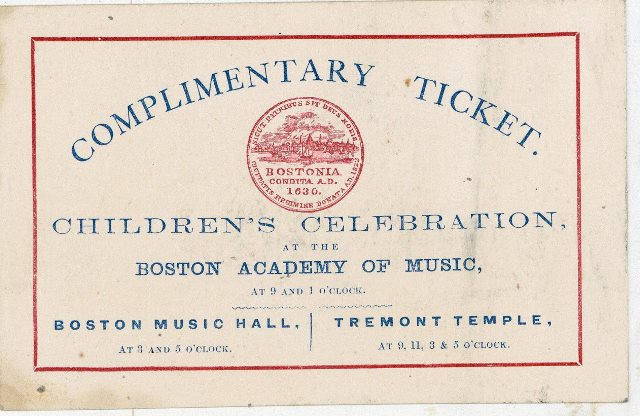 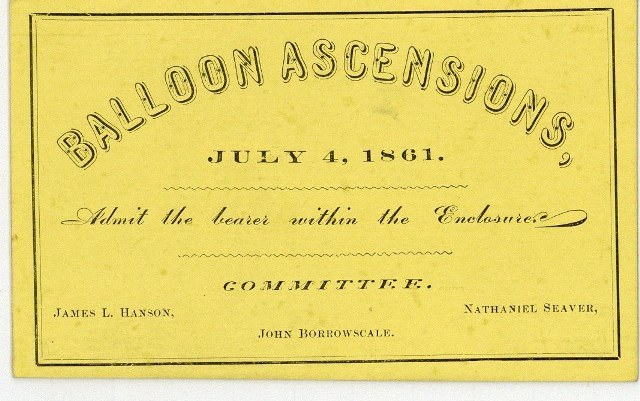 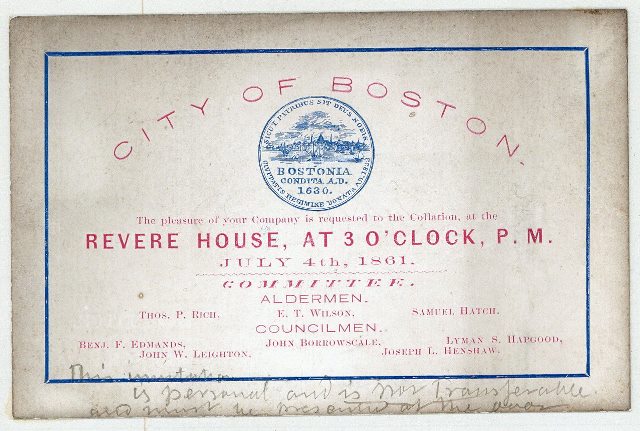 The City planned an entire day of celebration, including:

You can see a few of the tickets to various events above. 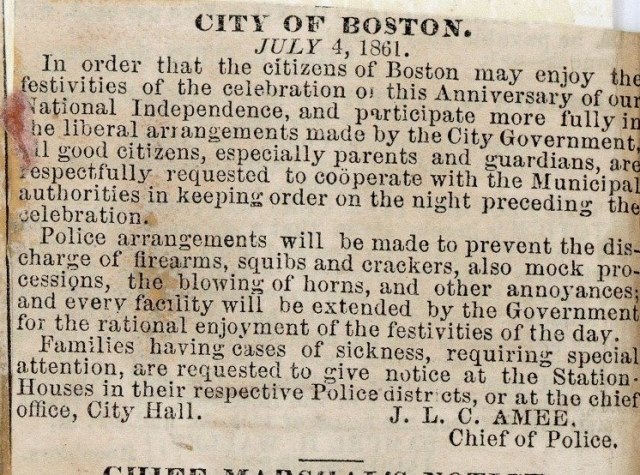 The City expected its residents to be celebrating in full force. Officials warned Bostonians that, “Police arrangements will be made to prevent the discharge of firearms, squibs and crackers, also mock processions, the blowing of horns, and other annoyances, and every facility will be extended by the Government for the rational enjoyment of the festivities of the day."

We hope you enjoy your July Fourth celebrations!