Notes from the Archives: #onthisday in 1918, the flu epidemic begins in Boston

On this day, in 1918, two sailors housed at Boston’s Commonwealth Pier reported to the sickbay with the flu. These two men were the first Americans reported ill with the Spanish Influenza.

By the end of the week, 100 new cases a day were being reported among the sailors at the pier. By the beginning of September, the flu had spread to Boston’s civilian population. The below excerpt from Boston’s Health Department describes the beginning of the flu outbreak. 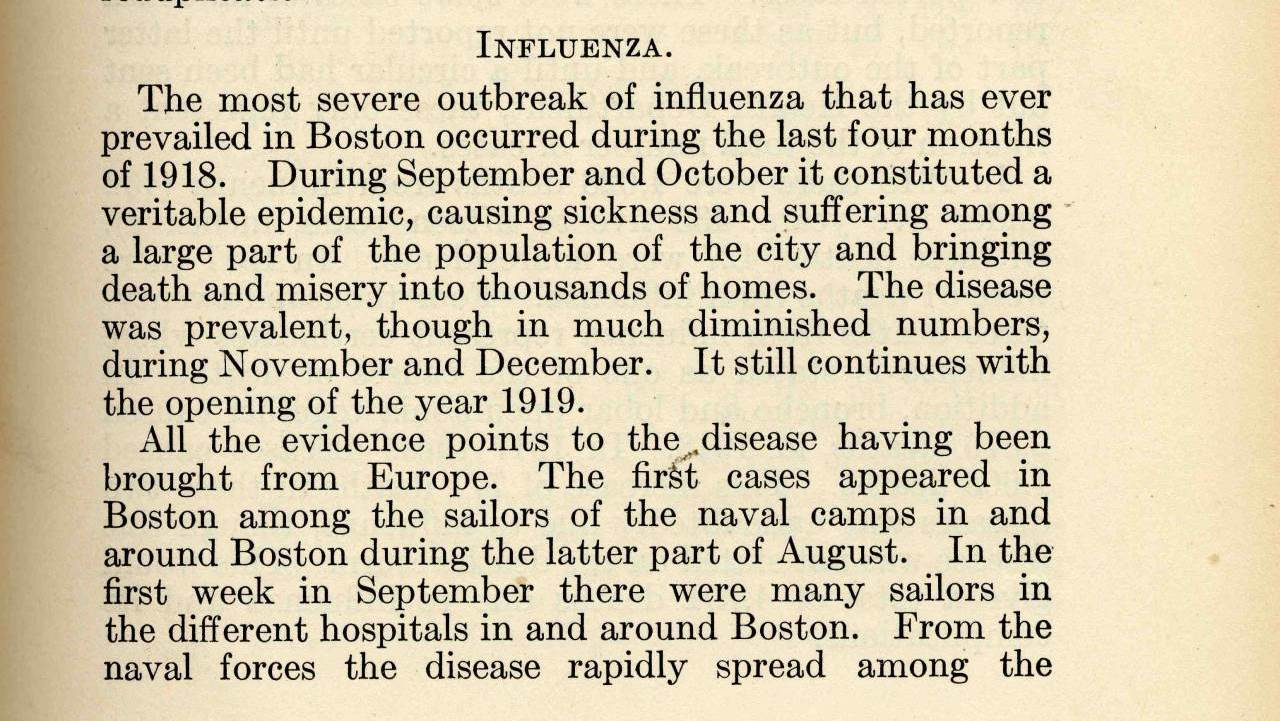 The disease spread throughout the United States rapidly. According to the Center for Disease Control, during the fall of 1918 and spring of 1919, more than 675,000 Americans died from the Spanish Influenza.  In Boston, officials closed schools and tried to limit crowded gatherings to combat the spread of the disease. Their efforts met with some success, but when World War I ended, crowds gathered to celebrate the armistice. Boston’s Health Department reported that cases of flu increased immediately after the celebration of the armistice. A similar increase in flu cases and deaths occurred after Bostonians gathered to celebrate Christmas.

Many of Boston’s residents were treated for the flu at Boston City Hospital, pictured below. 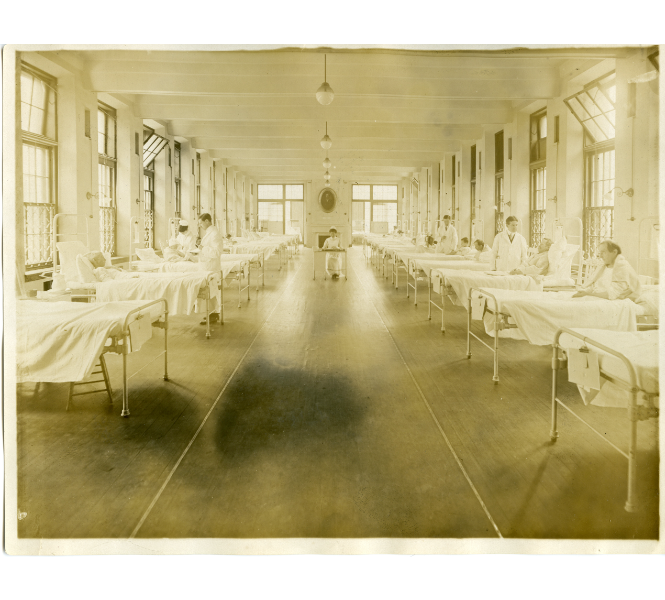 The hospital’s trustees reported that they treated 2,300 patients afflicted with influenza; 675 of those patients died from the disease.

The epidemic resulted in both an influx of patients and a shortage of staff at City Hospital. Prior to the flu epidemic, the hospital already faced a staff shortage because many of its doctors and nurses were serving with US military forces in Europe. Student nurses at the hospital’s Training School stepped in to fill the gap.

The below excerpt from the hospital’s report on its Training School for Nurses reported that “…the Training School went through the most difficult period in its history, practically swept clean of its supervisors and teachers. To the student body we owe much….” 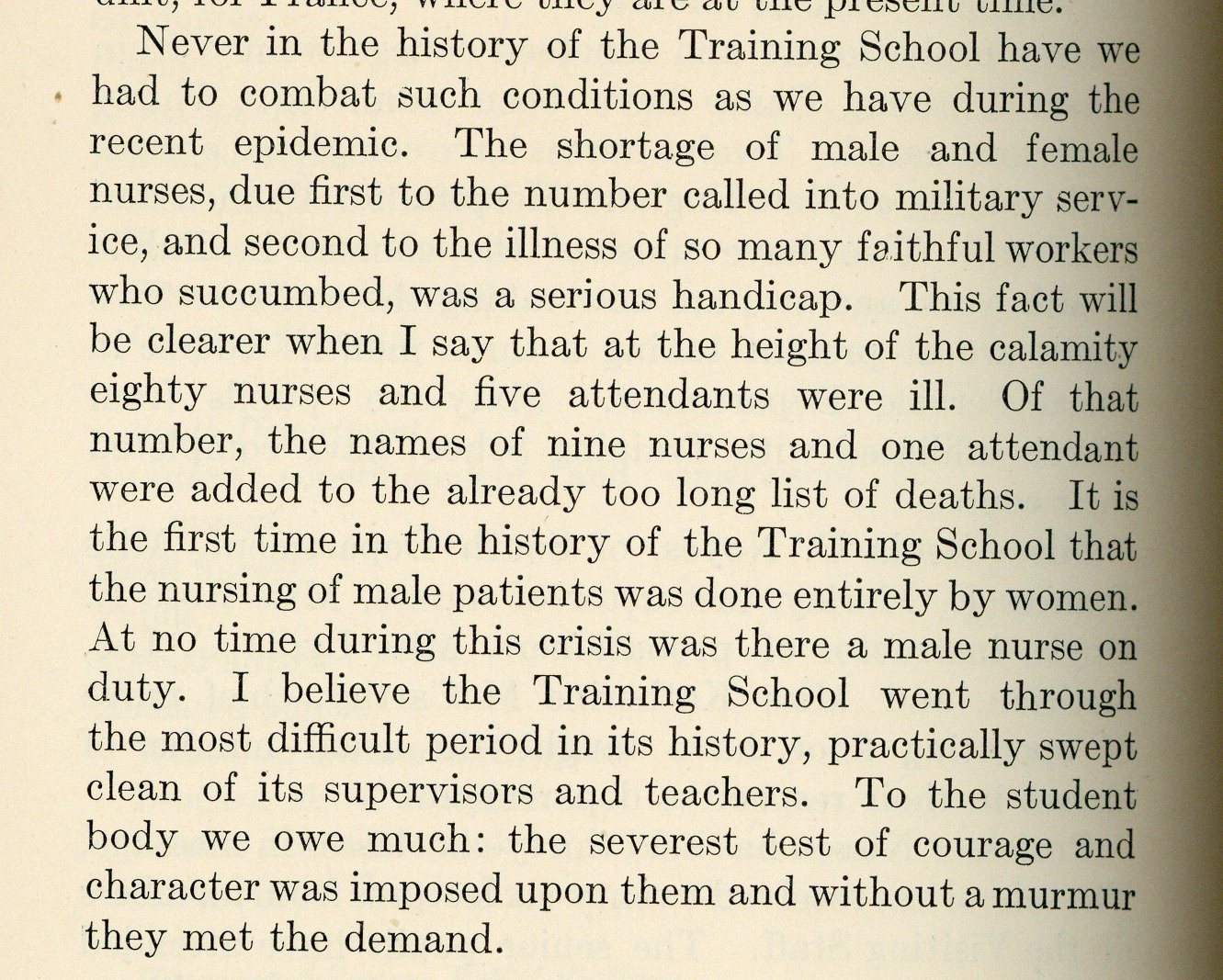 Bostonians throughout the City followed suit. Boston’s School Superintendent wrote that when the City shut down its schools, many teachers voluntarily helped their ill neighbors, even though they were not trained doctors or nurses. By the end of 1918, more than 4,000 Bostonians had died from the flu, compared to 51 deaths the year prior. The below table from Boston’s Health Department compares the 1918 deaths to influenza deaths from previous years. 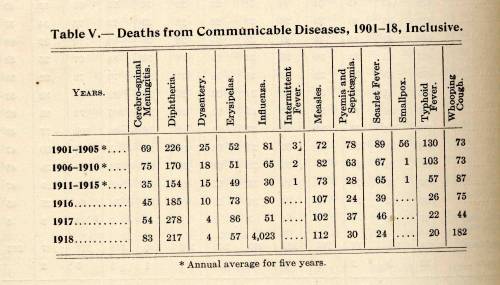 For more information about the Spanish Influenza Epidemic of 1918, take a look at the Center for Disease Control's website about the pandemic.