Mayor Martin J. Walsh and the Boston Parks and Recreation Department this week celebrated more than $4.7 million in improvements to Noyes Park in East Boston during a Neighborhood Coffee Hour held on Wednesday, June 12. 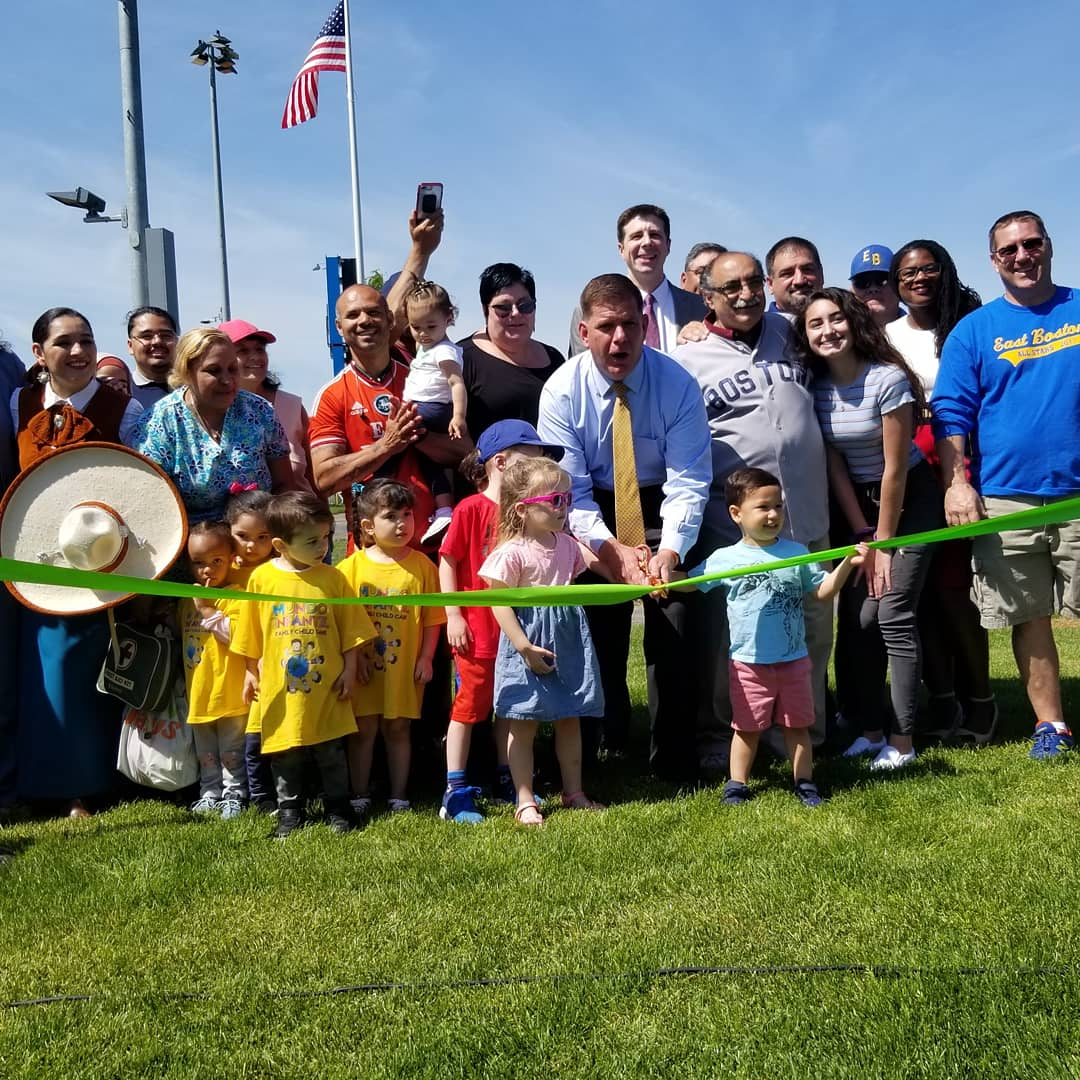 “Noyes Park has undergone major reconstruction and we are proud to share the results of the hard work that went into this project with the East Boston community,” said Mayor Walsh.  “The new and improved Noyes Park will be a place that children and families will enjoy for many years to come, and I want to thank everyone involved for bringing this great new park to life.”

Funded with a $4.7 million investment from Mayor Walsh’s Capital Plan, including a $400,000 Parkland Acquisitions and Renovations for Communities (PARC) grant and a $100,000 grant from Youth Lead the Change, site improvements include new LED sports lighting, a synthetic soccer/softball field, a fenced and irrigated baseball field with batting/pitching cage and covered player’s benches, a fenced and irrigated Little League field with scoreboard and covered player’s benches, a playground for ages 5 to 12 and 2 to 5 with rubber safety surfacing, a rope climber and dish swing, 2 to 5 play structure and tot swings, splash pad, two basketball courts, a walking loop and exercise station, new trees, and rain gardens.

Noyes Playground is one of the largest playgrounds in East Boston at 8.22 acres. The park has traditionally served baseball, softball, Little League, soccer, and as a playground.  The comprehensive renovation approach allowed the Parks Department design team to look at ways to separate uses while diversifying and providing additional uses within the park. This project was done in coordination with a tidal gate being installed by the Boston Water and Sewer Commission at Constitution Beach to stop tidal flooding from entering the site along Saratoga Street.

The Neighborhood Coffee Hours give residents a unique opportunity to speak directly with Mayor Walsh and staff from City departments about open space and other needs in their neighborhoods.  Through these discussions and a suggestion box at each site, Mayor Walsh looks forward to hearing how the City of Boston can improve upon local parks, public areas, and city services.