The Boston Parks and Recreation Department’s Various Courts program is an annual capital improvements project focused on 88 individual sites containing over 216 courts throughout the City of Boston’s park system. 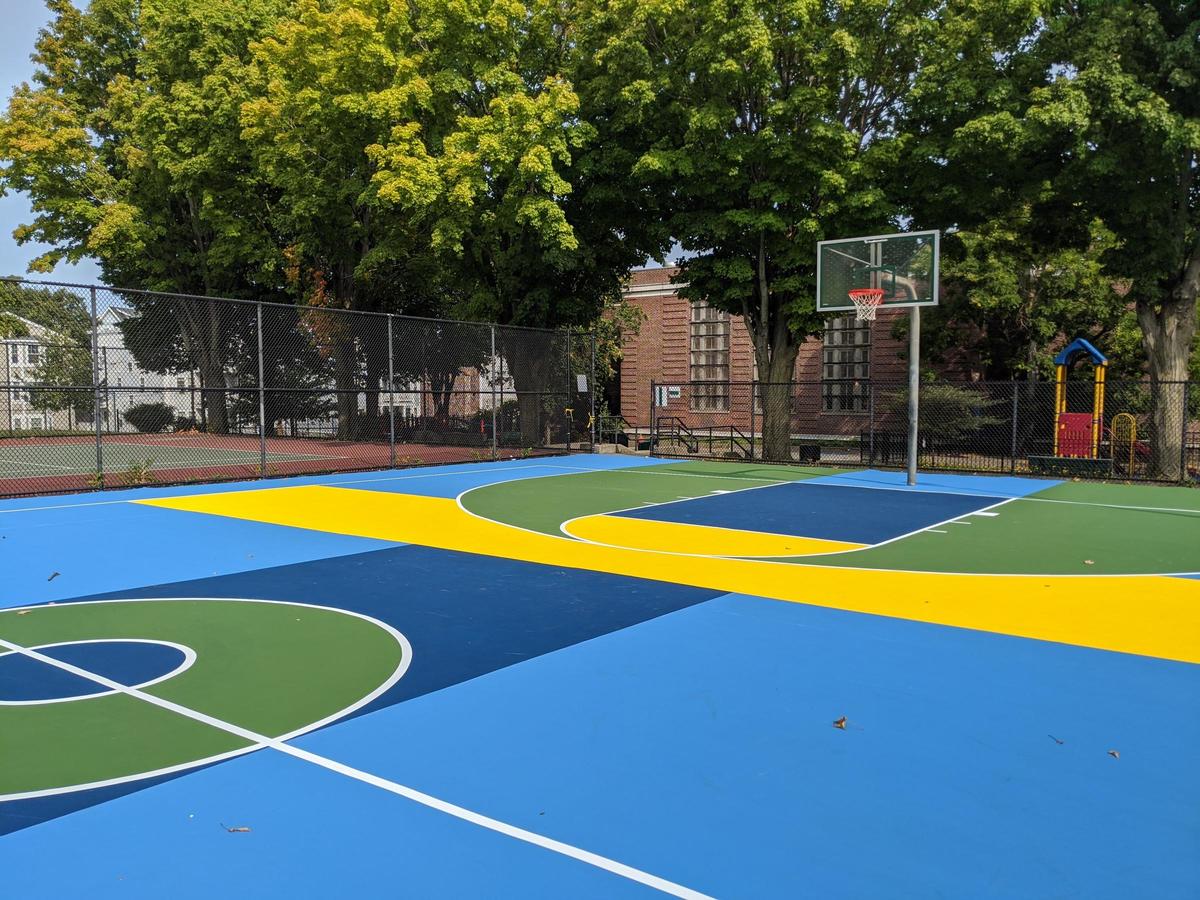 Throughout the years the Boston Parks and Recreation Department has partnered with various groups for input, as well as assistance on renovations. In 2018, for example, Hemenway Playground in Dorchester was funded through the Community Preservation Act, as was Roxbury’s Orchard Park in 2019. The Boston Bruins Foundation, in partnership with commercial playground equipment manufacturer Kompan, assisted in resurfacing Porzio Park in East Boston and DeFilippo Park in the North End. The US Tennis Association along with the Laver Cup assisted in surfacing the tennis courts at Moakley Park in South Boston. 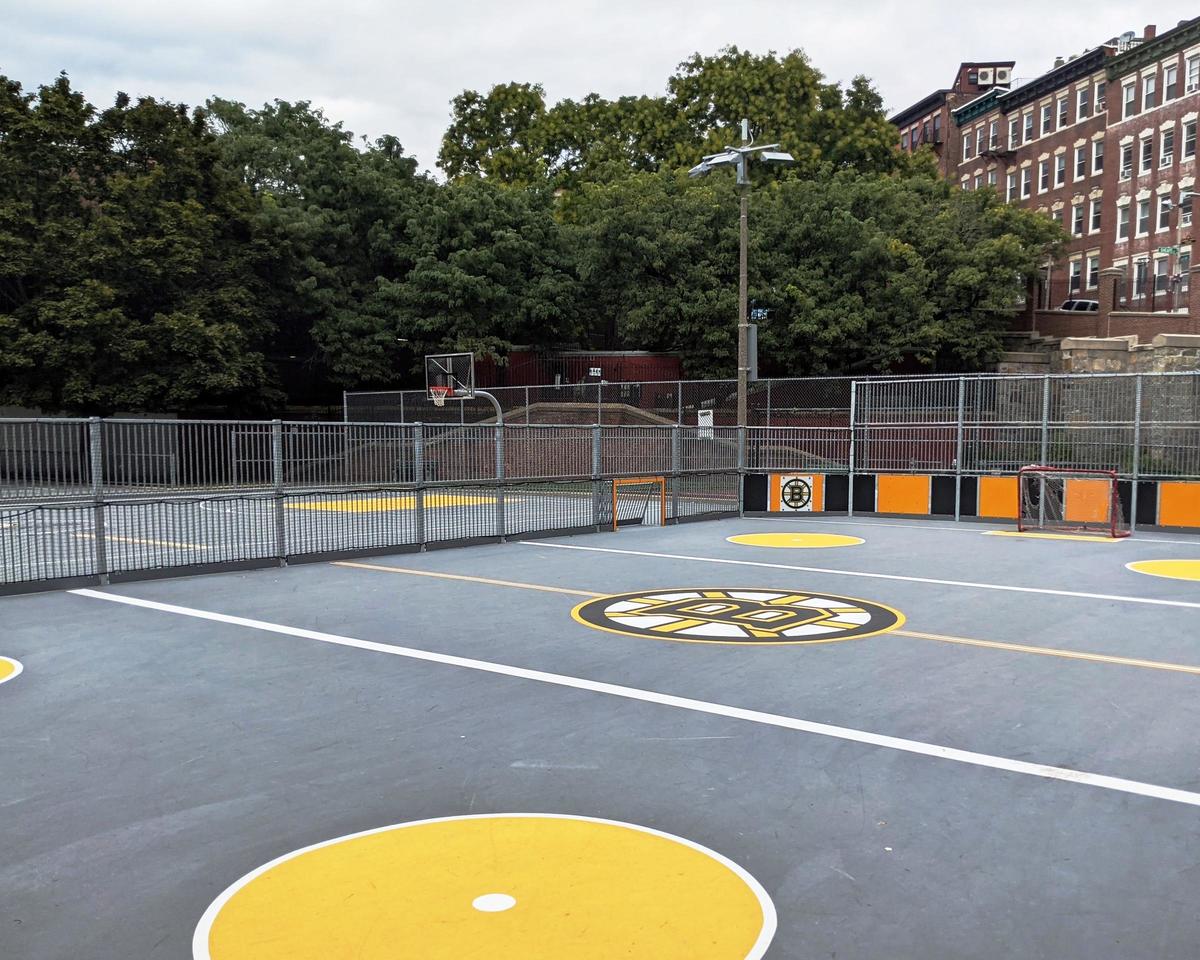 Partnerships with organizations such as the Boston Bruins Foundation result in state-of-the-art courts such as this street hockey rink at DeFilippo Playground in the North End.

Below is a list of the courts the Boston Parks and Recreation Department has renovated over the last several years: 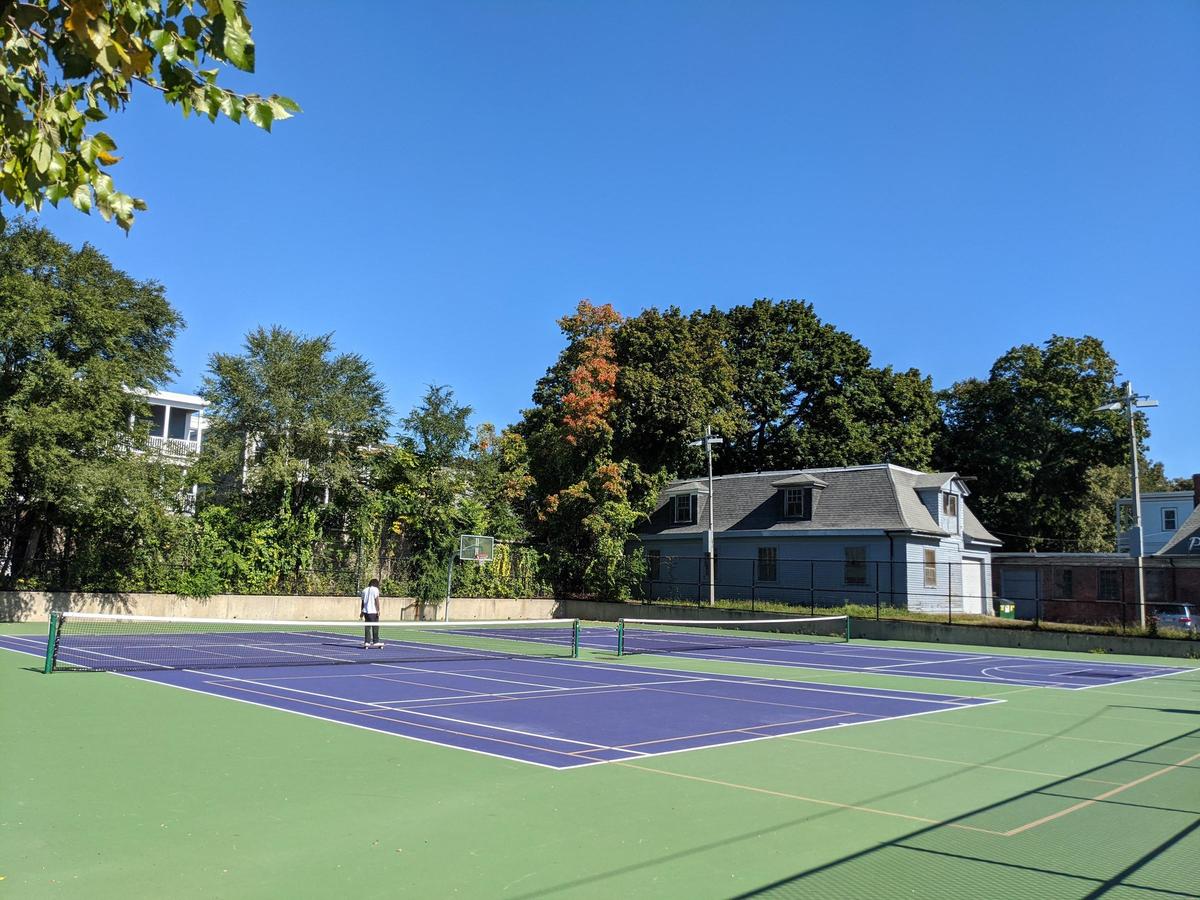 Lines for tennis and pickleball are both offered on the new courts at South Street Mall in Jamaica Plain.