Following months of collaboration with the Boston City Council, Mayor Martin J. Walsh today signed a home rule petition that would give Boston the ability to implement a transfer fee of up to two percent on the purchase price of any private real estate sale over $2 million in the City of Boston.

Following months of collaboration with the Boston City Council, Mayor Martin J. Walsh today signed a home rule petition that would give Boston the ability to implement a transfer fee of up to two percent on the purchase price of any private real estate sale over $2 million in the City of Boston, as a means to generate additional funding to create and preserve affordable housing in Boston.

"Housing is the biggest economic challenge facing the residents of Boston and people across our region. That's why it's critically important that we do everything we can to support the creation of homes that are affordable, while also preserving our existing housing stock," said Mayor Walsh. "I am proud to sign this home rule petition that is a significant step forward in our work, by giving Boston the ability to impose a modest fee on the sale of private property, which will collectively do a world of good towards our efforts to make Boston a more affordable place to live." 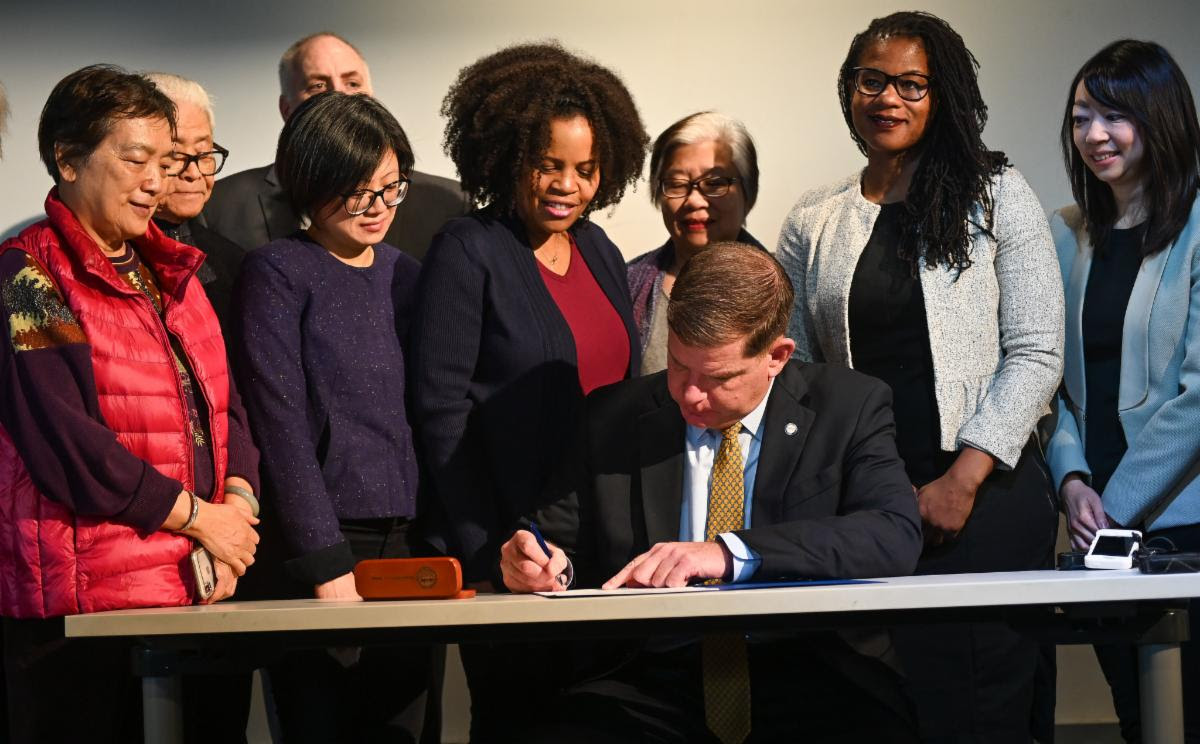 The Home Rule Petition would authorize the City of Boston to impose a fee of up to two percent of the purchase price upon the transfer of property valued at over $2 million, with one percent paid by the seller and one percent paid by the purchaser. The funding generated would be dedicated to the Neighborhood Housing Trust or appropriated through the annual budget process to support the creation and preservation of affordable housing in the City.

The proposal will now move to the Massachusetts Legislature for approval. If approved by the state, the City would have the ability to determine the final rate for the fee, collection method and any exemptions that would exist. The Home Rule Petition was passed by the Boston City Council on Wednesday, December 11.

"Housing is a public good and common responsibility, and those who generate wealth in our communities must be part of ensuring residents can remain in the neighborhoods they love," said Councilor Edwards, Chair of the Council's Committee on Housing and Community Development. "Today, Boston joins a growing coalition of municipalities asking the state for the power to ensure that the housing we build truly meets our residents' needs."

"It is absolutely imperative that we enact policies that will ensure our residents will have a safe and affordable home to live in for many generations," said Councilor Kim Janey, Vice-Chair of the Committee on Housing and Community Development. "When passed by the state legislature, this home rule petition will help curb speculative real estate practices and stands to bring as much as $169 million in revenue annually that can be invested in affordable housing."

According to an analysis conducted by PFM Group Consulting, real estate sales in Suffolk County have ranged from approximately $3 billion to over $12 billion in the last decade. The City of Boston accounts for the vast majority of the county's population (86%) and real estate activity. From 2009 through year-to-date, total private real estate sales have averaged $8.4 billion. Based on average sales in Suffolk County, estimates show that a 1% fee on all private-market sales would have raised $84 million per year over the last decade, and a 2% fee would have generated over $168 million, a significant increase on the City's existing robust affordable housing investments. This analysis assumes inclusion of all properties sold, and not just those with a value in excess of $2 million.

The transfer fee proposal is another example of how the City is working to raise dedicated revenue to support specific initiatives aimed at improving the quality of life for residents. Earlier this year, the City of Boston updated parking meter fees in an effort to reduce congestion, increase the availability of parking and reinvest funding into transportation infrastructure, which has resulted in more accessible sidewalks, improvements to Blue Hill Avenue, and new funding for protected bike lanes. Also earlier this year, the City committed to using funds generated through the Commonwealth's new Room Occupancy Excise Law to support our housing goals, including the creation of 50 new units of permanent supportive housing, and pathways to housing for youth and young adults experiencing homelessness.