A Jamaica Plain resident, Olayiwola is the Artistic Director at MassLEAP, a literary nonprofit organization in Massachusetts serving youth artists

Mayor Martin J. Walsh today announced Porsha Olayiwola has been appointed as the City of Boston's new Poet Laureate, a role she will formally begin on January 1, 2019.

"Porsha's eagerness to enhance the City of Boston through poetry, along with her commitment to increasing access to the arts in every neighborhood, make her an incredible asset," said Mayor Walsh. "I'm excited to see her vision of how we can use arts to facilitate inclusive and welcoming conversations across the City come to life over the next four years." 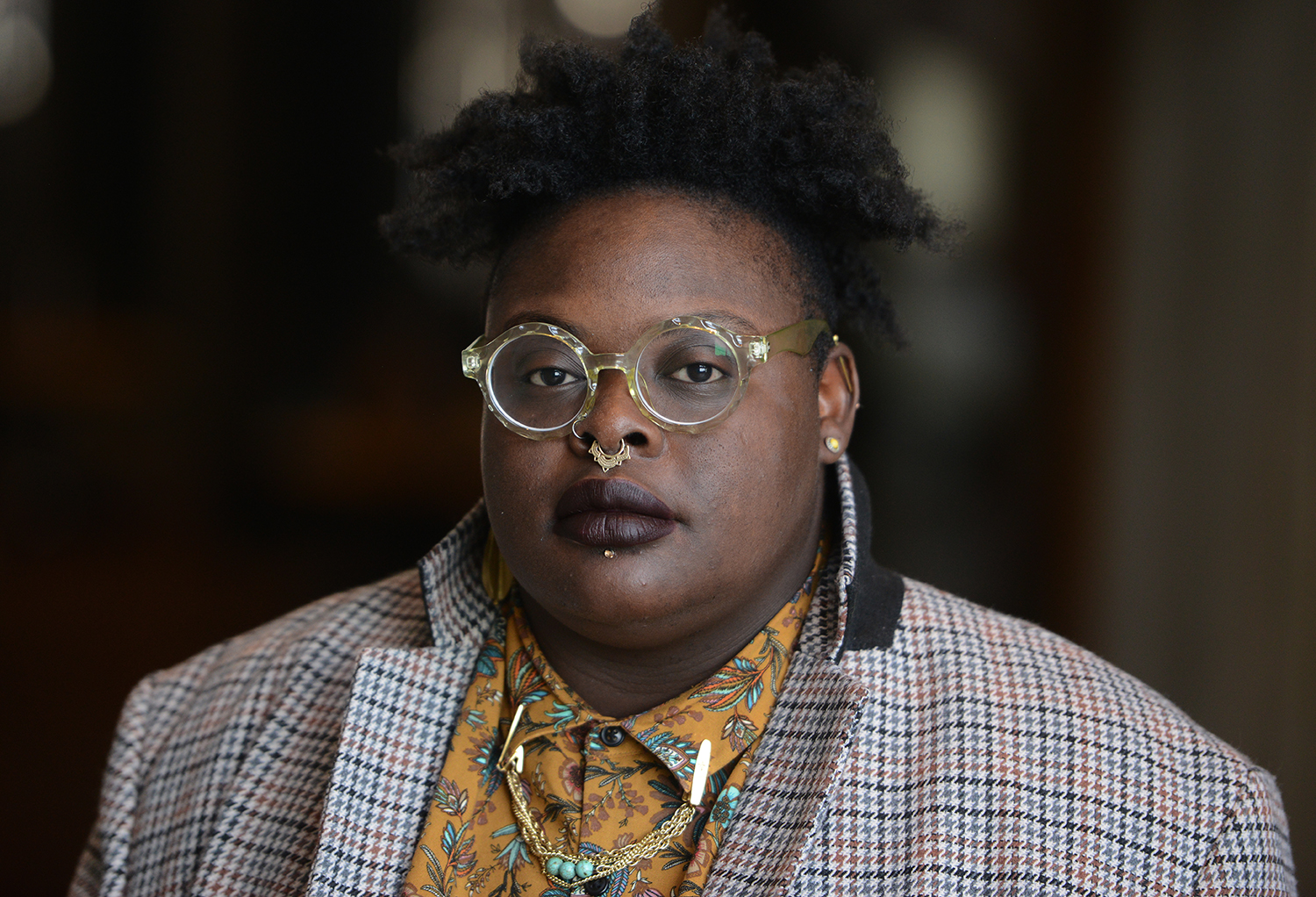 A Jamaica Plain resident, Olayiwola is the Artistic Director at MassLEAP, a literary nonprofit organization in Massachusetts serving youth artists. She also co-founded The House Slam, a poetry slam venue at the Haley House Bakery Café in Roxbury that offers a free poetry slam and open mic events twice a month.

"I am eager and humbled to serve as Boston's Poet Laureate," said Olayiwola. "I am excited to work directly with writers across the City's poetry spectrum to provide resources and build bridges between creative communities. With the City, I am looking to establish a youth Poet Laureate program, develop residential and workspace for writers and weave poetry into the everyday lives of Bostonians. Please look out for me in a library, classroom, lecture hall, City Hall, living room or street corner in the years to come!"

The Poet Laureate program, established in 2008, is a way to highlight literary arts and promote a citywide appreciation for poetry. The Poet Laureate's challenge is to inspire deeper engagement in the written and spoken word, while acting as an advocate for poetry, language and the arts. The Poet Laureate is charged with raising the status of poetry in the everyday consciousness of Bostonians, which she does by attending public readings, civic functions, and poetry events. The Poet Laureate serves a four-year term.

The City of Boston released a call for applications and nominations for the new Poet Laureate in June 2018. Olayiwola was selected by a distinguished search committee, which included:

"What a pleasure to know that the Boston Poet Laureate Program will be in good hands with the deeply thoughtful and splendidly dynamic Porsha Olayiwola," said current Poet Laureate Danielle Legros Georges. "Her willingness to take on challenging subject matter and to carve out new spaces of discourse for poetry-along with her rootedness in spoken-word literary traditions-make her an especially exciting and necessary new Laureate for Boston."

"Porsha's extensive experience working with youth is something the City considers to be extremely valuable, as we continue to work toward making arts education and arts-enhanced learning available to all Bostonians, in all stages of their lives," said Kara Elliott-Ortega, Chief of Arts and Culture. "She is on par with fierce, nationally-recognized voices like Clint Smith, Shauna Barbosa, and Danez Smith, and we can't wait to work with her."

Olayiwola has received numerous recognitions and awards, including being named the 2014 Individual World Poetry Slam Champion and 2015 National Poetry Slam Champion. In 2018, she was named by GK100 as one of Boston's Most Influential People of Color.

Originally from Chicago, Olayiwola moved to Boston in 2010 following the completion of her bachelor's degree in African American Studies from the University of Illinois. She is currently an MFA Candidate at Emerson College, and has a full-length collection of poetry forthcoming in 2019 with Button Poetry.