November 22 marked the completion of Phase II renovations by the Boston Parks and Recreation Department to Mary Hannon Playground at 621 Dudley Street in Roxbury.

With an overall budget of $1,014,000, Phase II renovated an underutilized field to create a walking loop, exercise station, splash pad, two shelters with picnic tables, benches and game tables, and 32 new shade and flowering trees. The fence that ran the perimeter of the park was removed and replaced with a guard rail to allow the park to be more open and accessible with three new openings added. 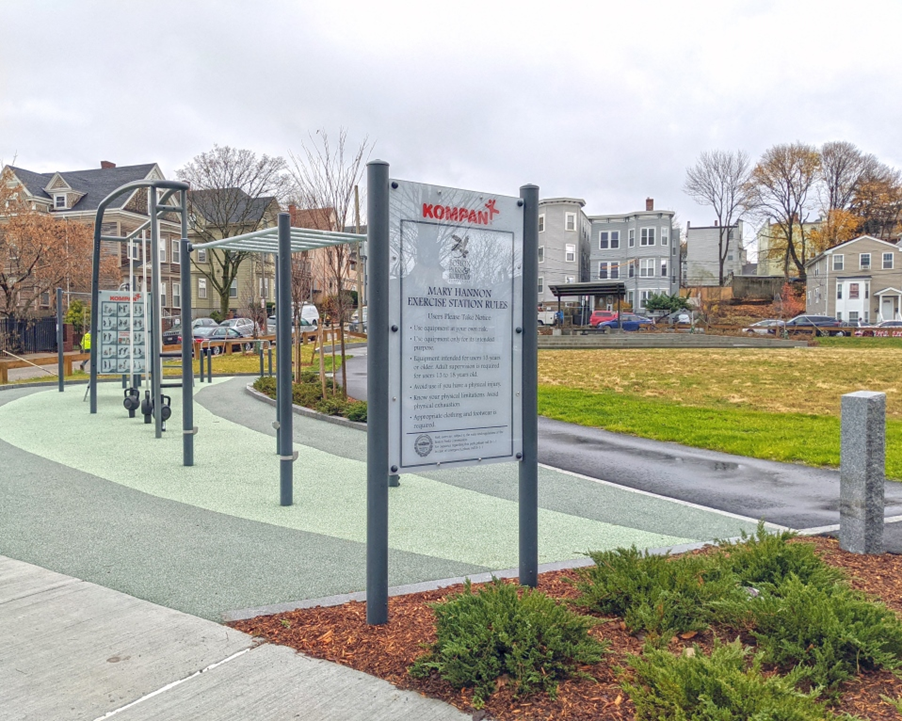 A new Kompani exercise station is part of the recently completed Phase II improvements at Mary Hannon Playground in Roxbury.

The project was delayed due to the discovery of bedrock that forced the redesign of the entire infiltration system; the construction fences, however, were removed on November 22 as the park reopened to  the community for their newly renovated park. 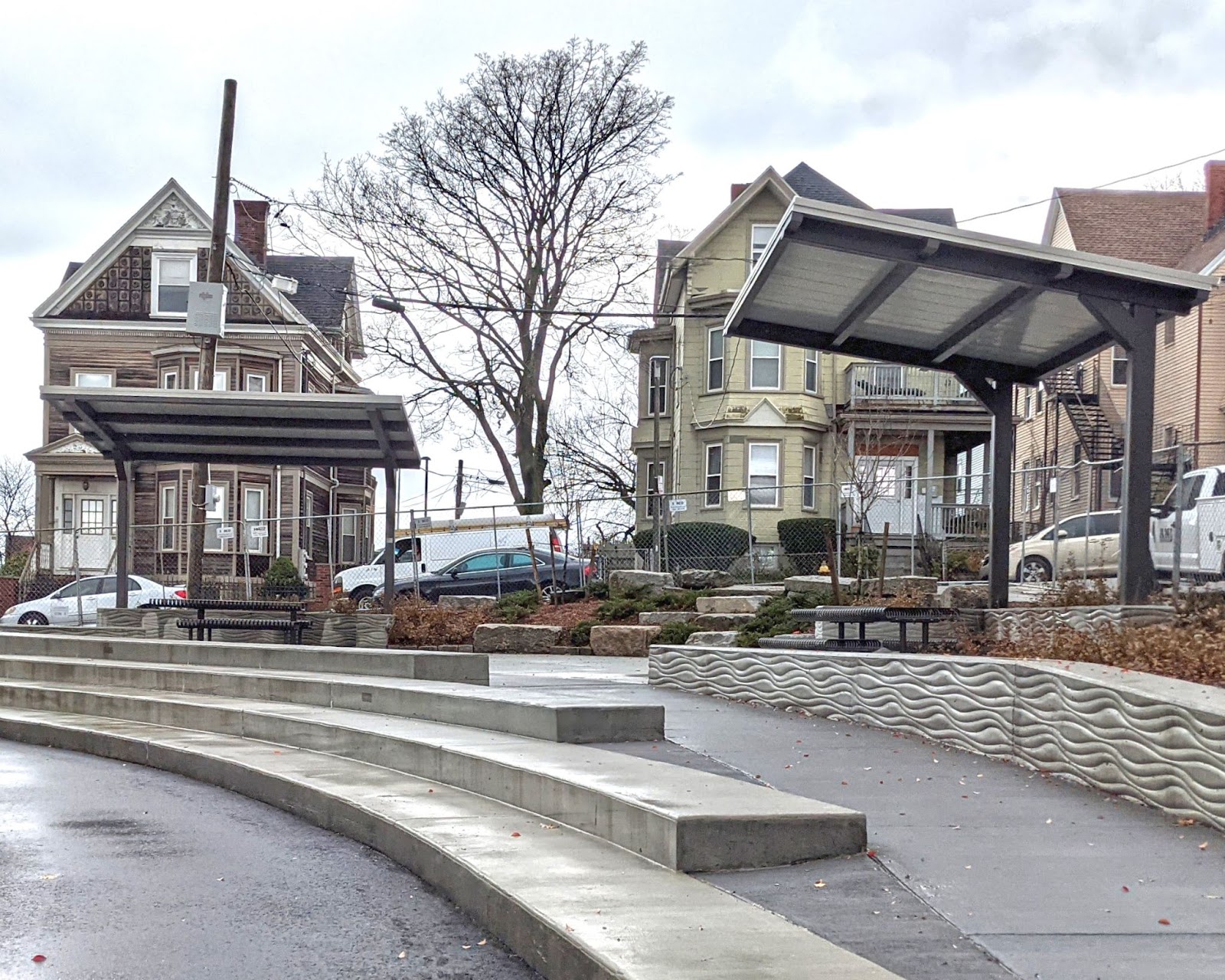 A pair of shelters with picnic tables complete the improvements at Mary Hannon Playground.

The Phase II improvements complete the Mary Hannon Playground renovations and provide the neighborhood with a state-of-the-art facility for users of all ages.