The Restoration of a Historic Beacon Hill Mailbox

Boston’s Beacon Hill neighborhood is the Commonwealth of Massachusetts' oldest historic district. Established in 1955 and expanded in 1958, 1963, and 1975, the neighborhood contains some of the finest examples of Federal and Colonial Revival architecture in the country. Over the years the neighborhood has been home to folks like John Hancock, John Singleton Copley, and Louisa May Alcott. In a neighborhood with that much history it’s no surprise to find quirky historic artifacts still in use today. 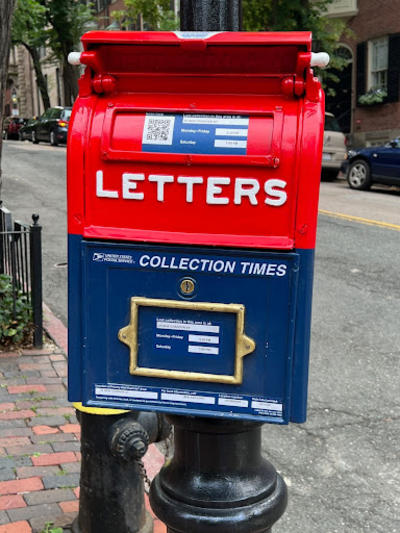 If you stroll up Mount Vernon Street to the southeastern corner of Louisburg Square, you’ll find one of the last remaining pole-mounted mailboxes in the country hidden in plain sight. This small cast iron letter box is called an “Owen” box, which was named after the creator, David Owen, the Postmaster from Milwaukee Wisconsin between 1906 and 1914. This style was an alternative design to the then common, “Van Dorn” boxes. The Van Dorn boxes were thought to be unsightly in the time of the City Beautiful movement that brought grander and civic-pride back to the urban public realm. Owen-style mailboxes were likely produced by the Danville Stove and Manufacturing Company of Danville, Pennsylvania. The company was established in 1882 and produced cast iron boxes for the Post Office Department until the 1940s.

This particular letterbox is situated in a prominent location on Beacon Hill that is frequented by residents and tourists alike. In 2021, several Beacon Hill neighbors advocated for the preservation and restoration of this mailbox to honor and display the traditional communication methods used in the early days of Boston and beyond. In June of this year the mailbox was finally restored with the help of Michael Rakes, the district manager for the ISPS MA-RI District. 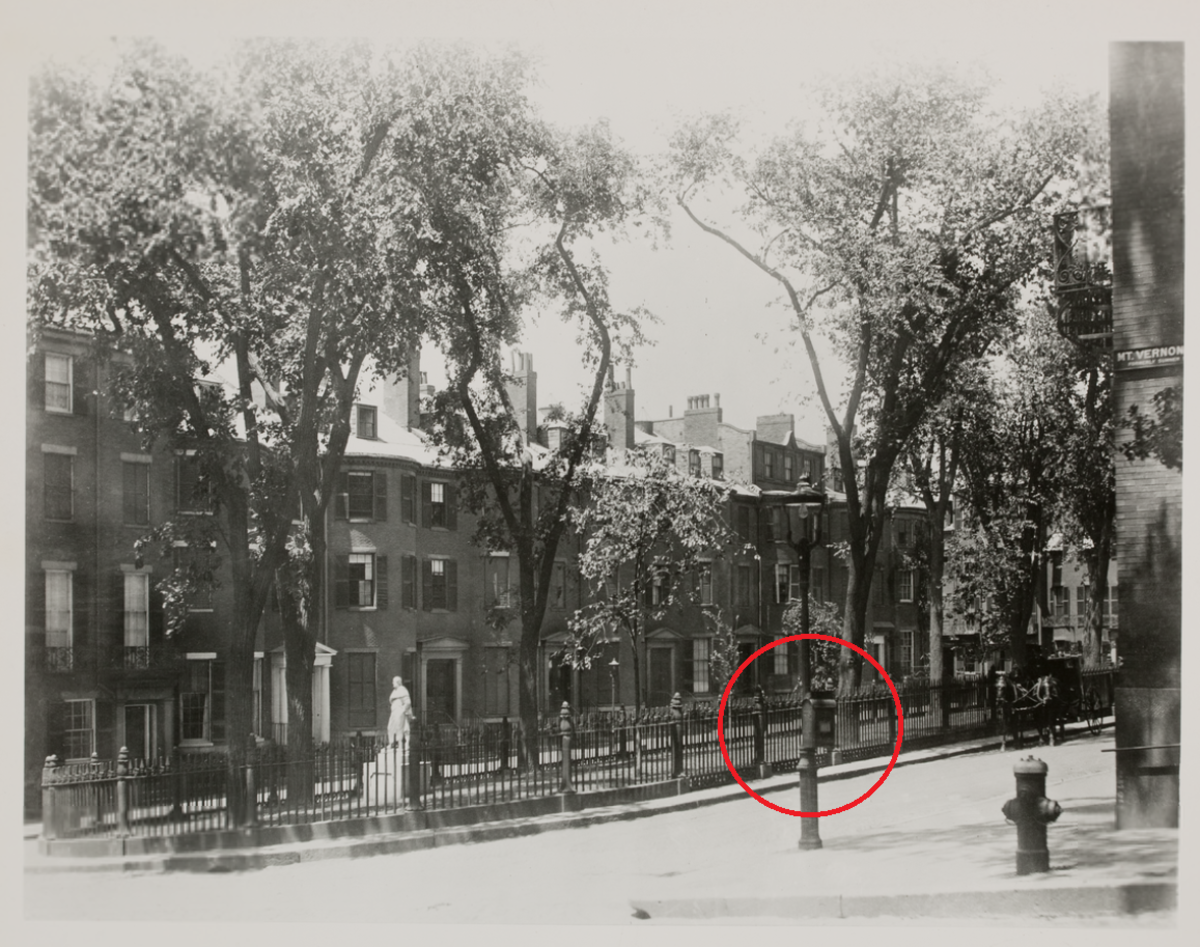 Here are some important dates regarding mailboxes and mail services:

The mailbox adjacent to 1 Louisburg Square