Seventeen new designs chosen from our latest Holiday 'B' contest

We asked. You answered. Here's a look at the 17 new designs to come out of our Holiday "B" design contest.

For many major holidays, the City sends out a graphic or message on our social channels depicting a custom "B". With hundreds of holidays, our designers aren’t able to create custom artwork for every single one. That’s where the artists of Boston come in.

Just like our original contest, we asked local artists, students, and residents to choose a holiday and create an idea for a custom "B". We're excited to present the 17 new holiday Bs being featured this year, along with bios of the artists who wanted to share their thought process. 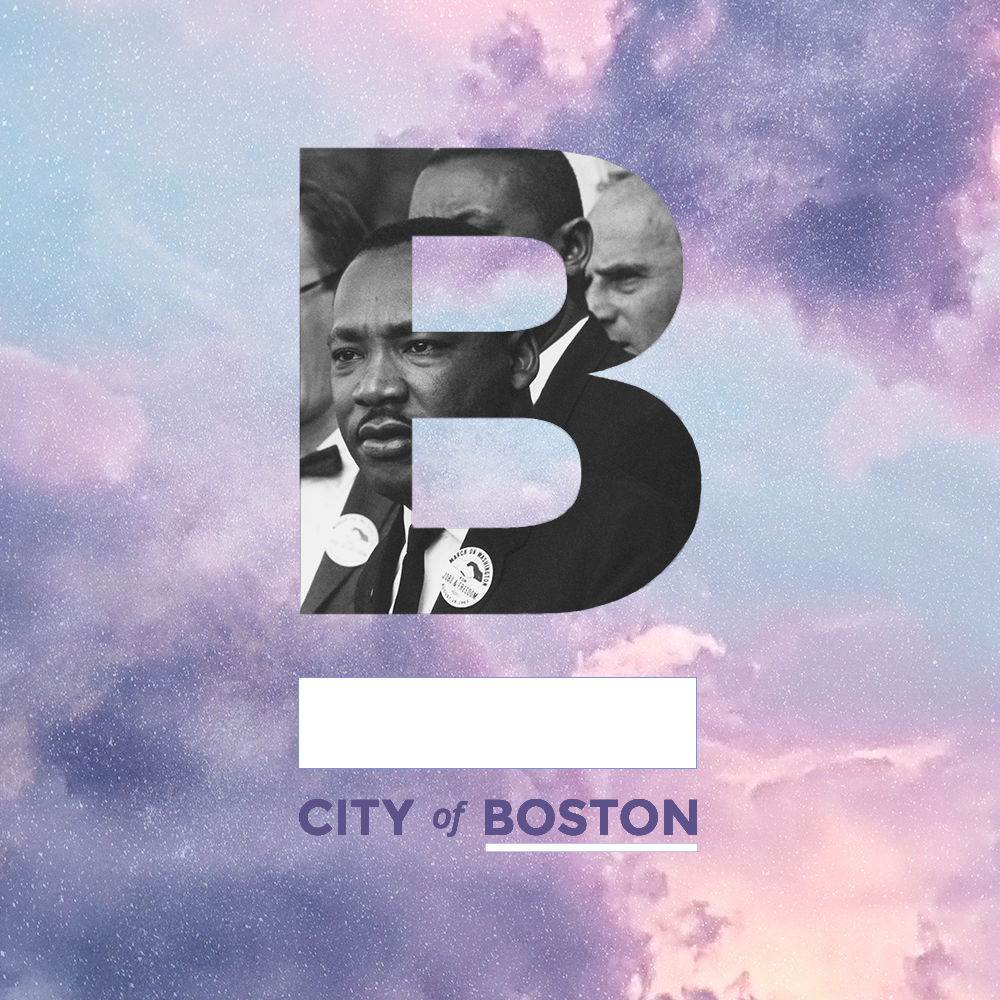 About the artist: Aleynna QuiÑones

Aleynna Quiñones is a junior at UMass Amherst. She’s currently pursuing a degree in communications while also:

Aleynna chose to design a Boston B around Martin Luther King Jr. Day to recognize an important figure in the history of the United States and Boston. Aleynna says that, because of Martin Luther King, Jr.’s  work in the civil rights movement, she has had the opportunity of being a part of many diverse communities in the City, including the West End House Boys and Girls Club in Allston. Aleynna is grateful for the opportunity to give back to her diverse community and to expand her artistic skills. 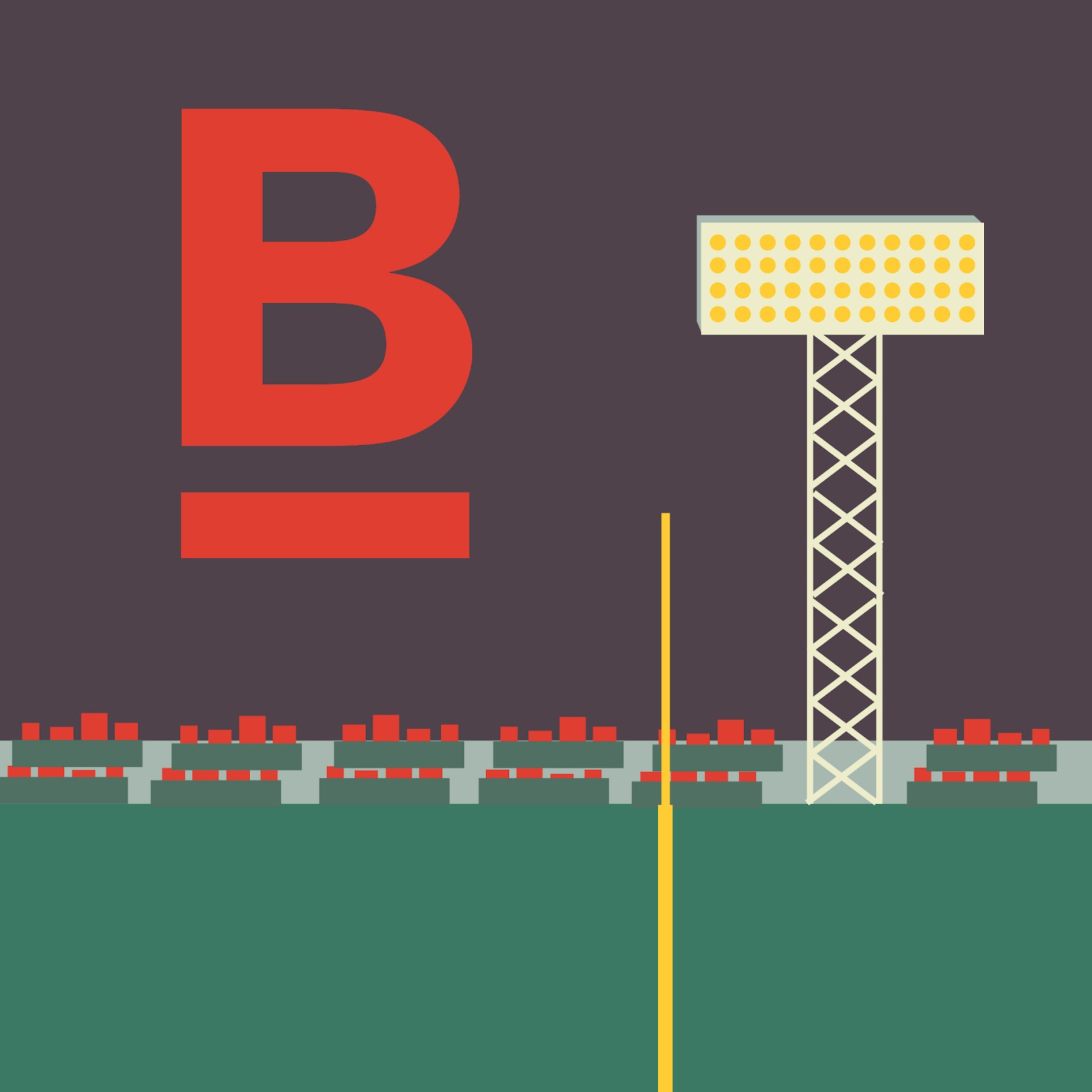 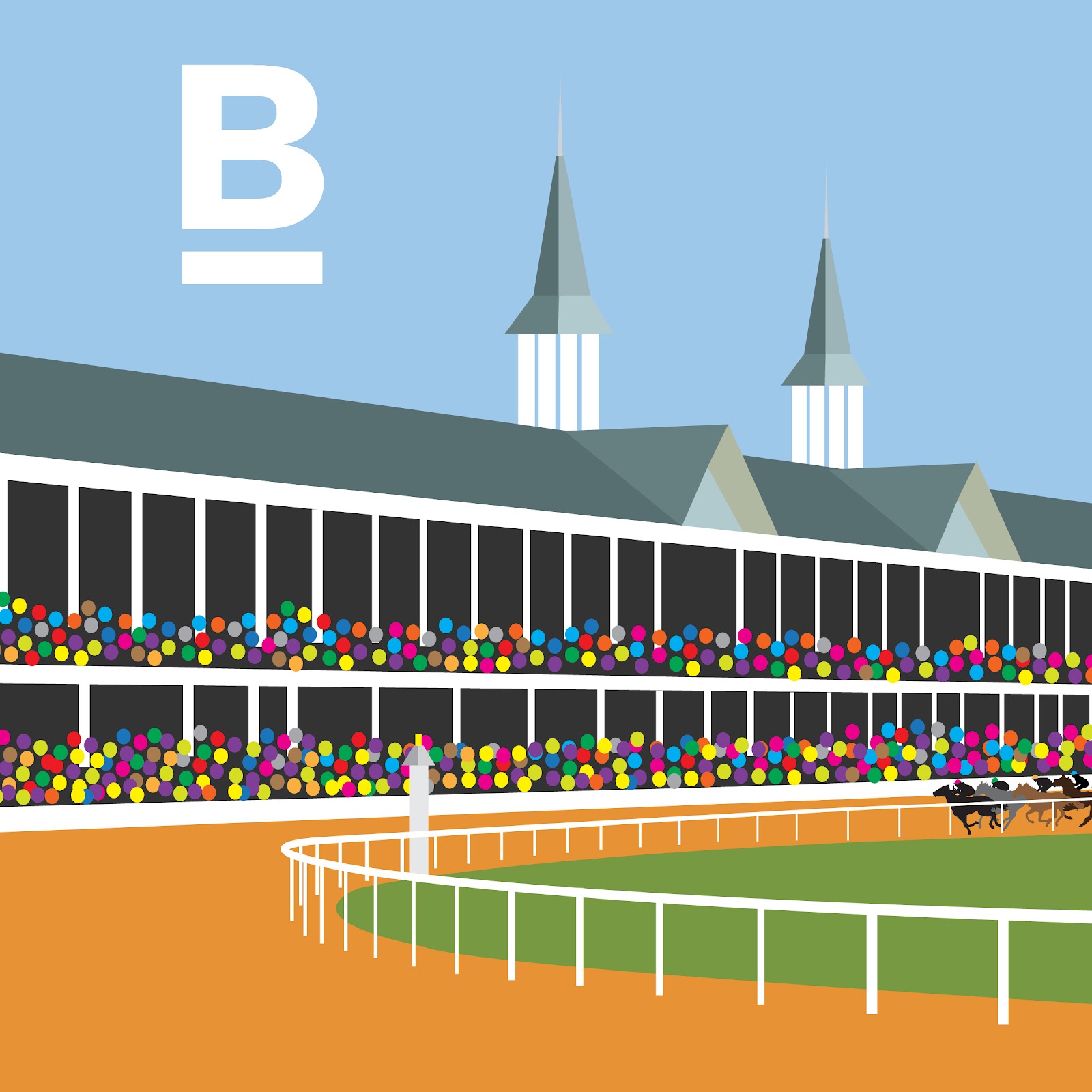 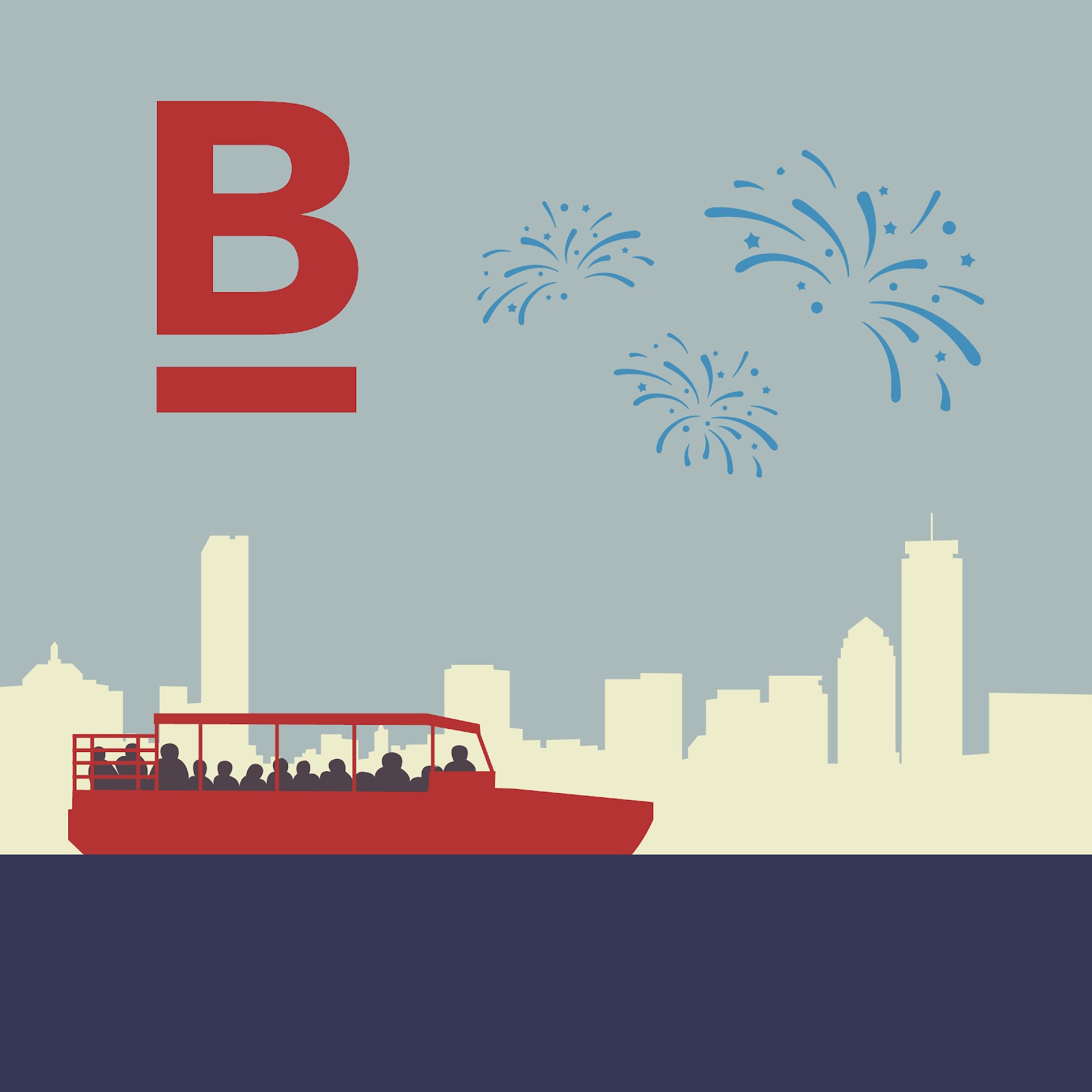 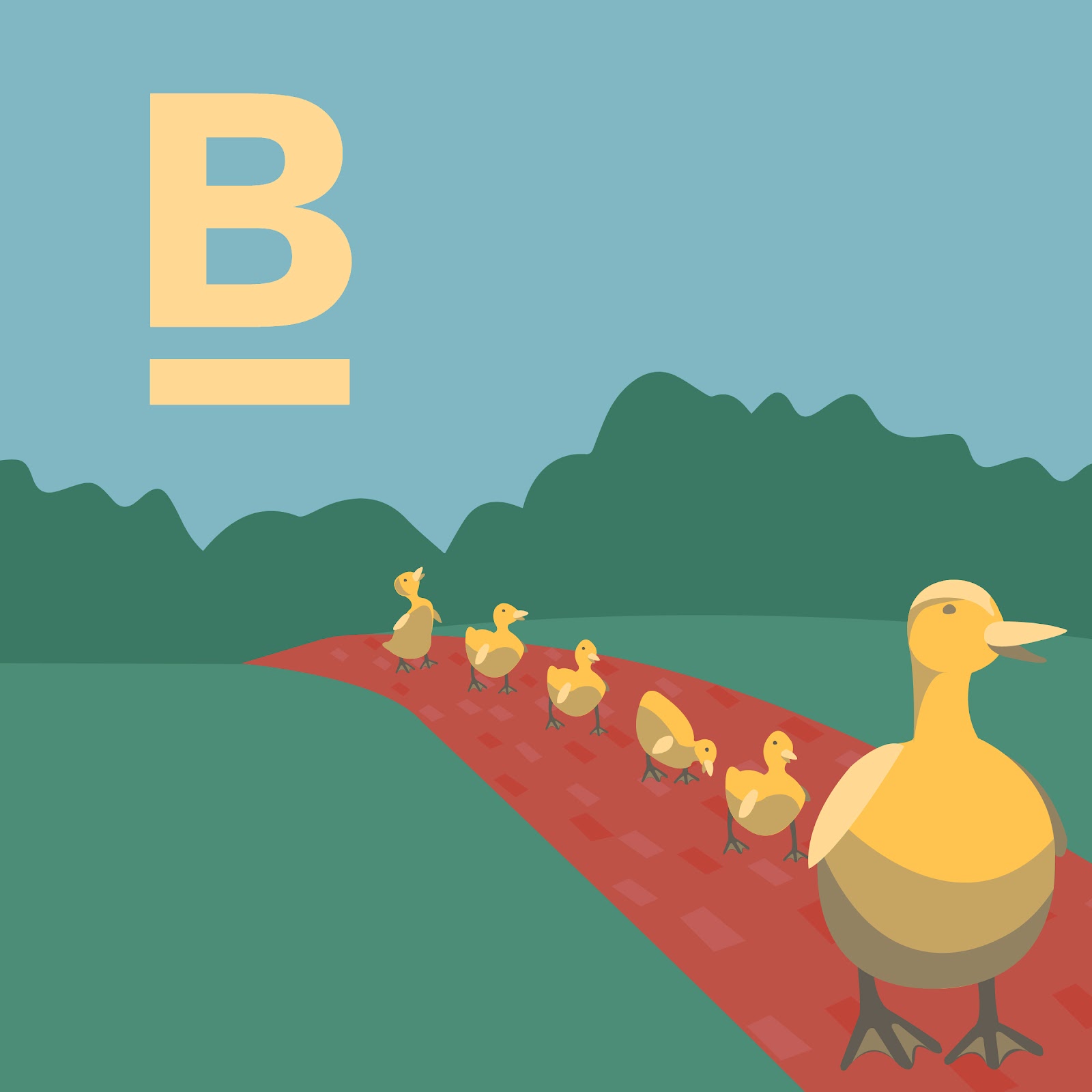 About the artist: Katharine LiVolsi

Katharine LiVolsi is a graphic designer, native Bostonian, and committed city kid. She loves exploring anywhere her feet or the T can carry her. She is grateful for the good fortune to have lived and worked in many of our City's great neighborhoods. She loves being able to pay graphic homage to some of her favorite spots while celebrating Boston's incredible history. She chose to create Holiday B’s for: 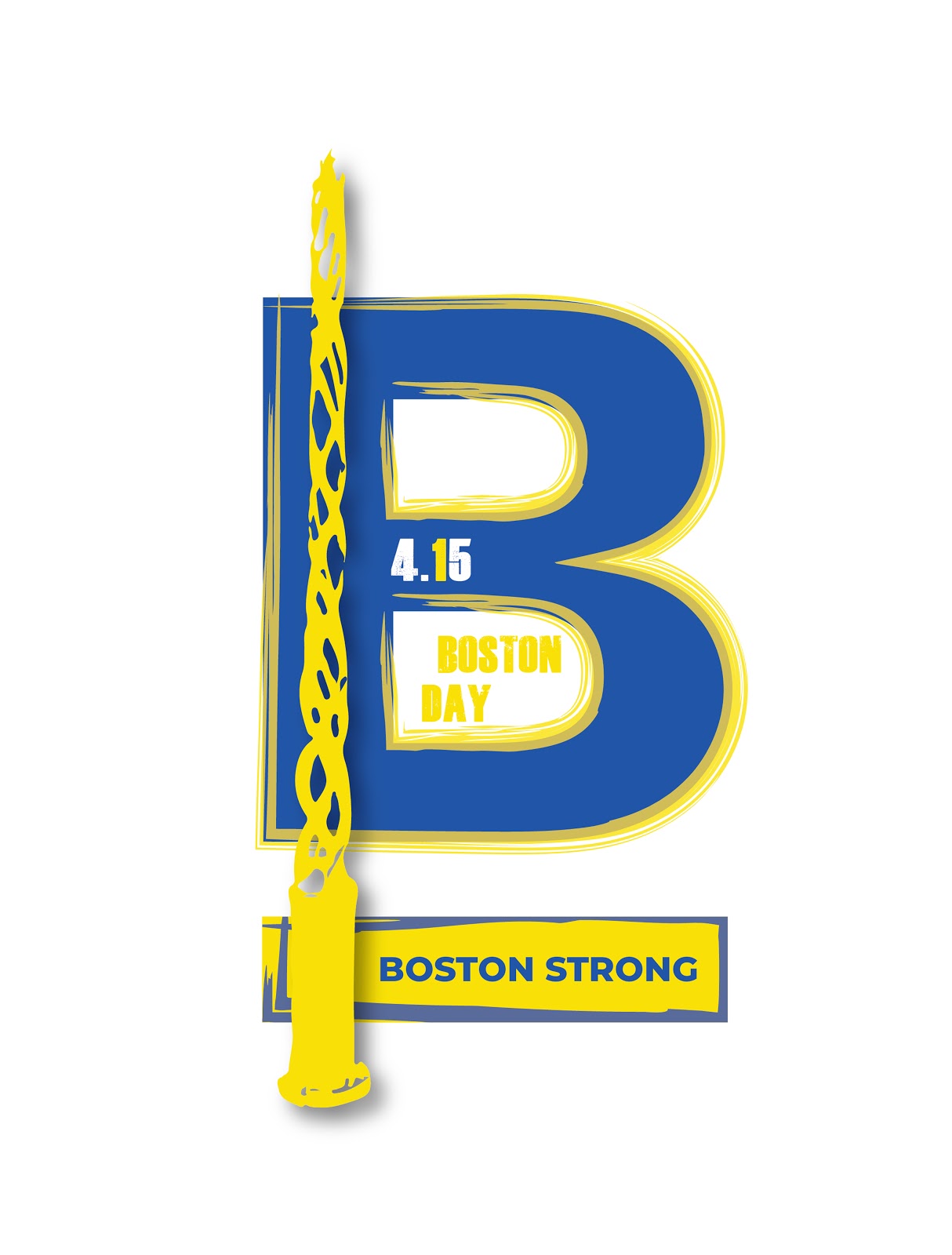 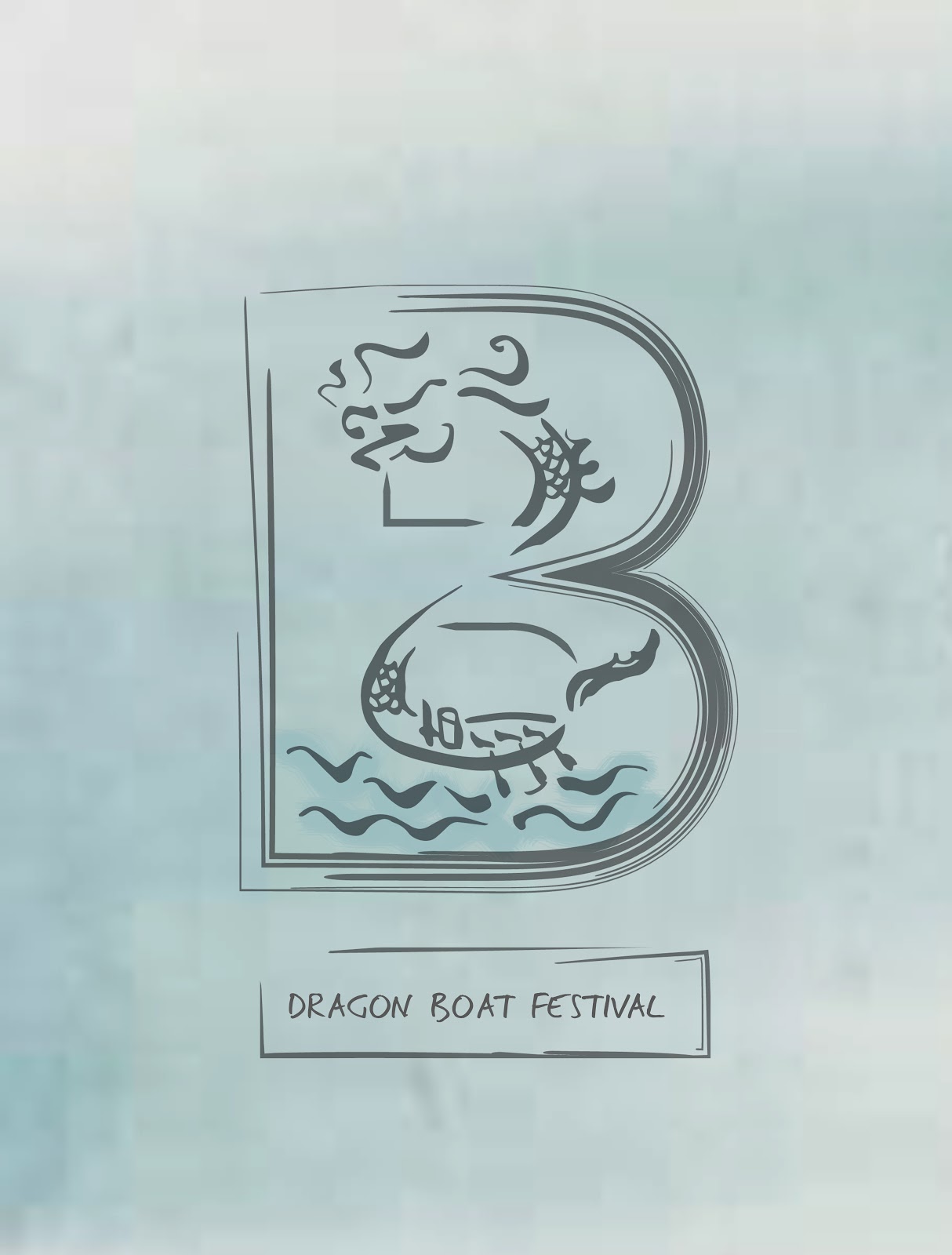 About the artist: Fei Peng

Fei Peng is a professional landscape architect who enjoys doing random scribbles, paintings, and graphic designs in her spare time. One day in October, she saw the holiday B contest post and decided to give it a try. She has three designs featured this year, including: 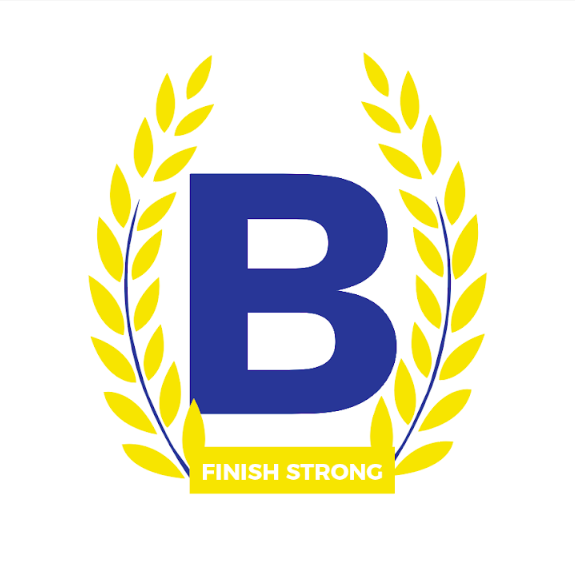 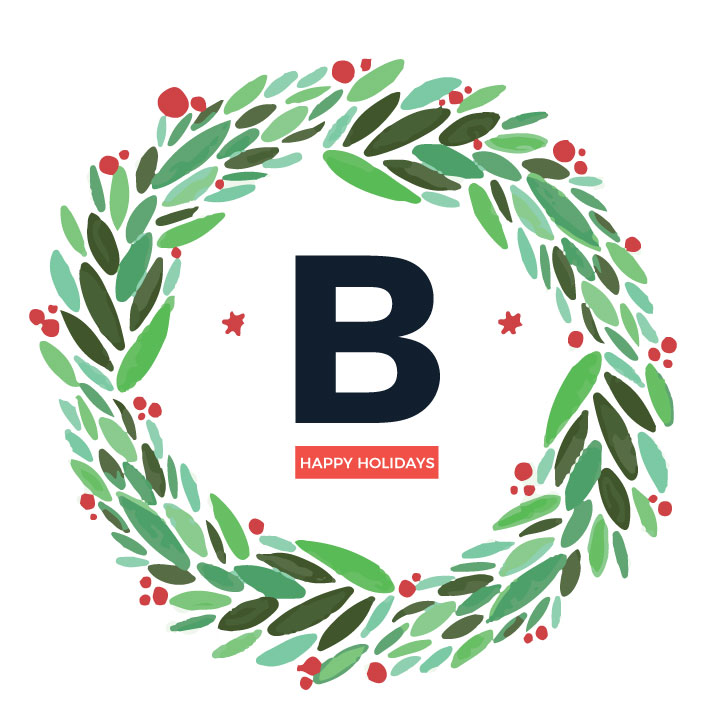 About the artist: Taryn Carey

Taryn Carey is a freelance graphic designer and a recent college graduate. Taryn chose to represent Marathon Monday because it is a holiday that is close to her heart. She wanted to create a design that celebrated Boston Strong. She was excited about the project because it was different from the work she normally does at her graphic design job. Taryn also chose to design a Boston B for Christmas because it is her favorite holiday. 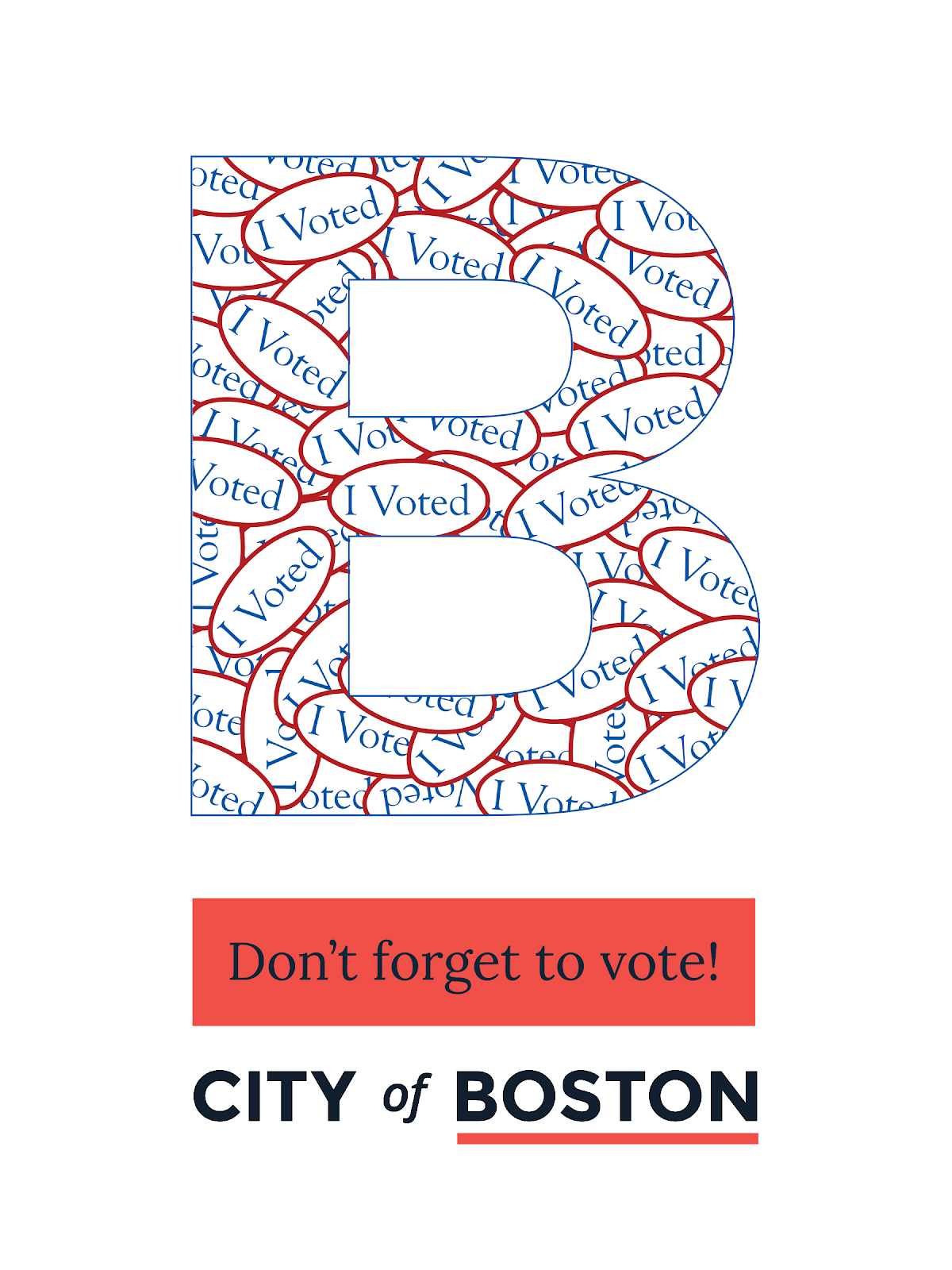 About the artist: Rebecca Comella

Rebecca Comella is a graphic designer and art teacher based in Jamaica Plain. In addition to doing graphic design for various nonprofits, she also teaches visual arts for The Eliot School in their School and Community Partnership Program in select Boston Public Schools. Rebecca chose to create a design for Election Day because she believes exercising the right to vote is the best way to make sure your voice is heard.

About the artist: Melissa Stern

Melissa started a fashion line last year – Mel the Clothing – that incorporates a lot of sequins. She considers her designs pieces of art, as many are done by hand with a lot of meaning behind them. She does a lot of pieces that involve the culture and history of Boston, so the Holiday B contest seemed like a great way to merge what her business is about: Boston, culture, and creativity. Melissa wanted to do a piece that incorporates her Jewish roots, so she went with a menorah. She also thanks her friend, who used his digital skills to help bring her sequin design to life. You can find Melissa's work on Instagram. 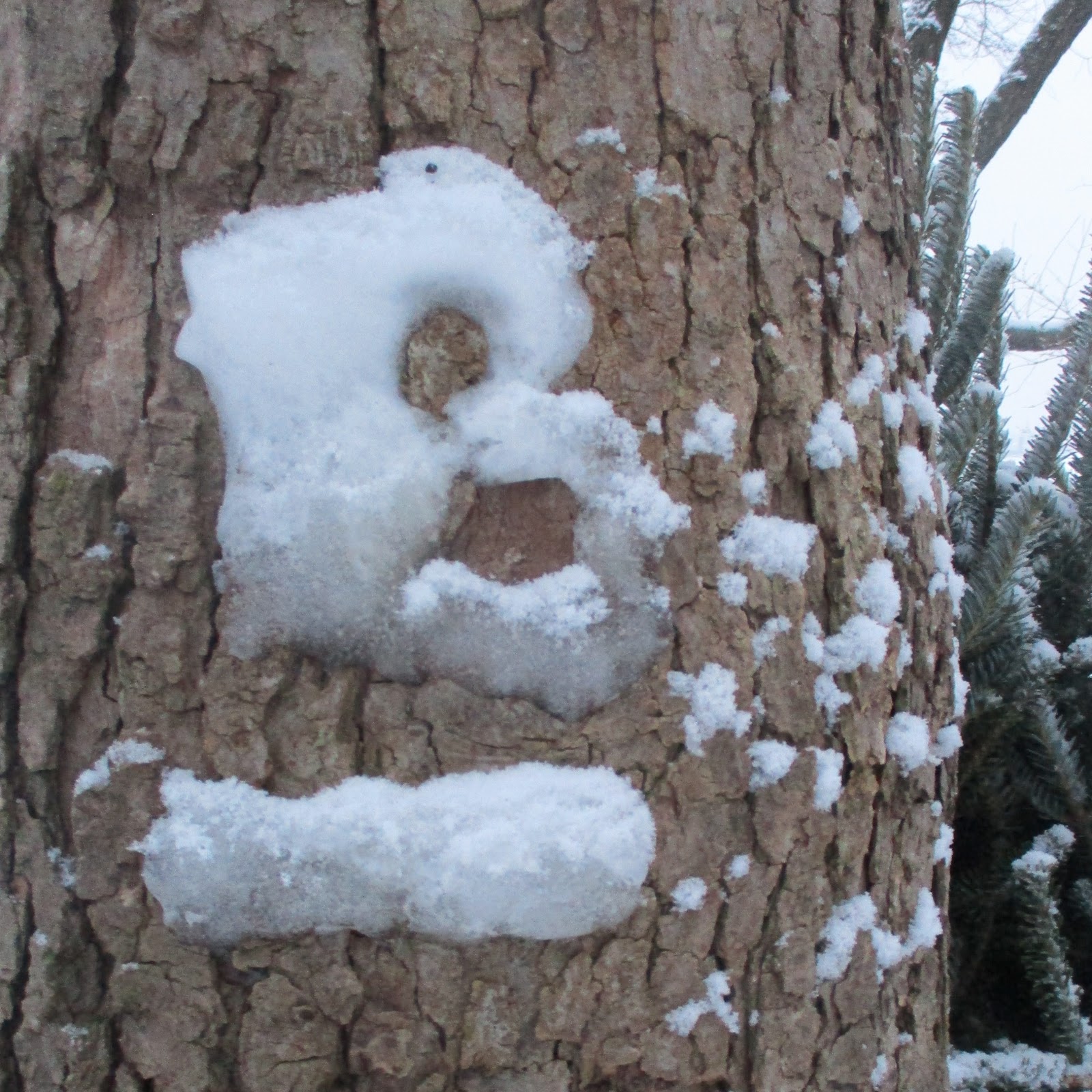 About the artist: Christine DesAutels

Christine DesAutels is in sixth grade and got her idea because she likes to spend time outside. She also likes to draw, do crafts, and play the piano and glockenspiel. Last year, Christine put snow on trees to give them faces and it looked nice, so she thought it would work well for the B. Christine chose Winter Solstice because it matched with the snow in her idea. 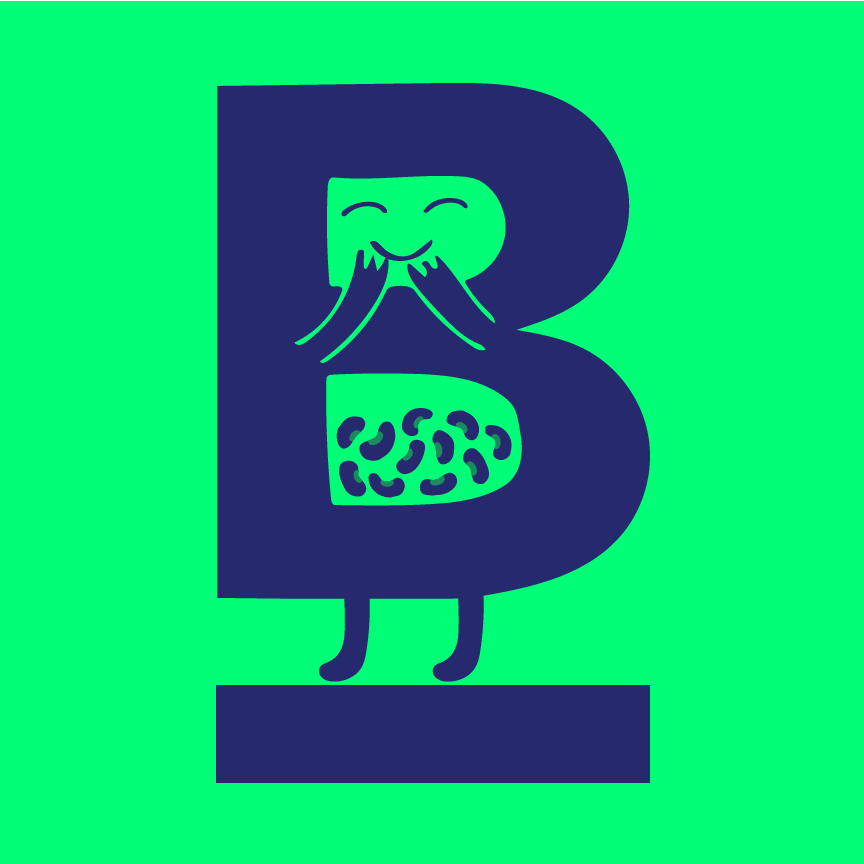 About the artist: Bill Miller

Celebrating Bean Day in Beantown. Bill Miller is a graphic designer for WGBH in Brighton. He lives in Cambridge but is originally from Seattle. Bill has two kids ages 6 and 10 who are very excited that his bean B was selected. On the weekends, Bill can often be spotted selling his art around town at various local arts and crafts markets and was recently a featured vendor at the ICA Harbor Market in the Seaport. Bill is a frequent vendor at the Brain Arts Market and Boston Hassle Flea in Cambridge. You can check out his other work at @airportlife and @thesimpleghost.

About the artist: John Branagan

As the son of an Oak Square native and a former resident while studying at Boston University, John Branagan says he’s always been captivated by the history of Allston and Brighton. As such, for this year’s competition, he wanted to celebrate the area with the iconic buildings that line the yearly parade route between Packard’s Corner and Oak Square. Unique elements such as the use of neon or the use of brick and copper patina are highlighted along side cultural sites. 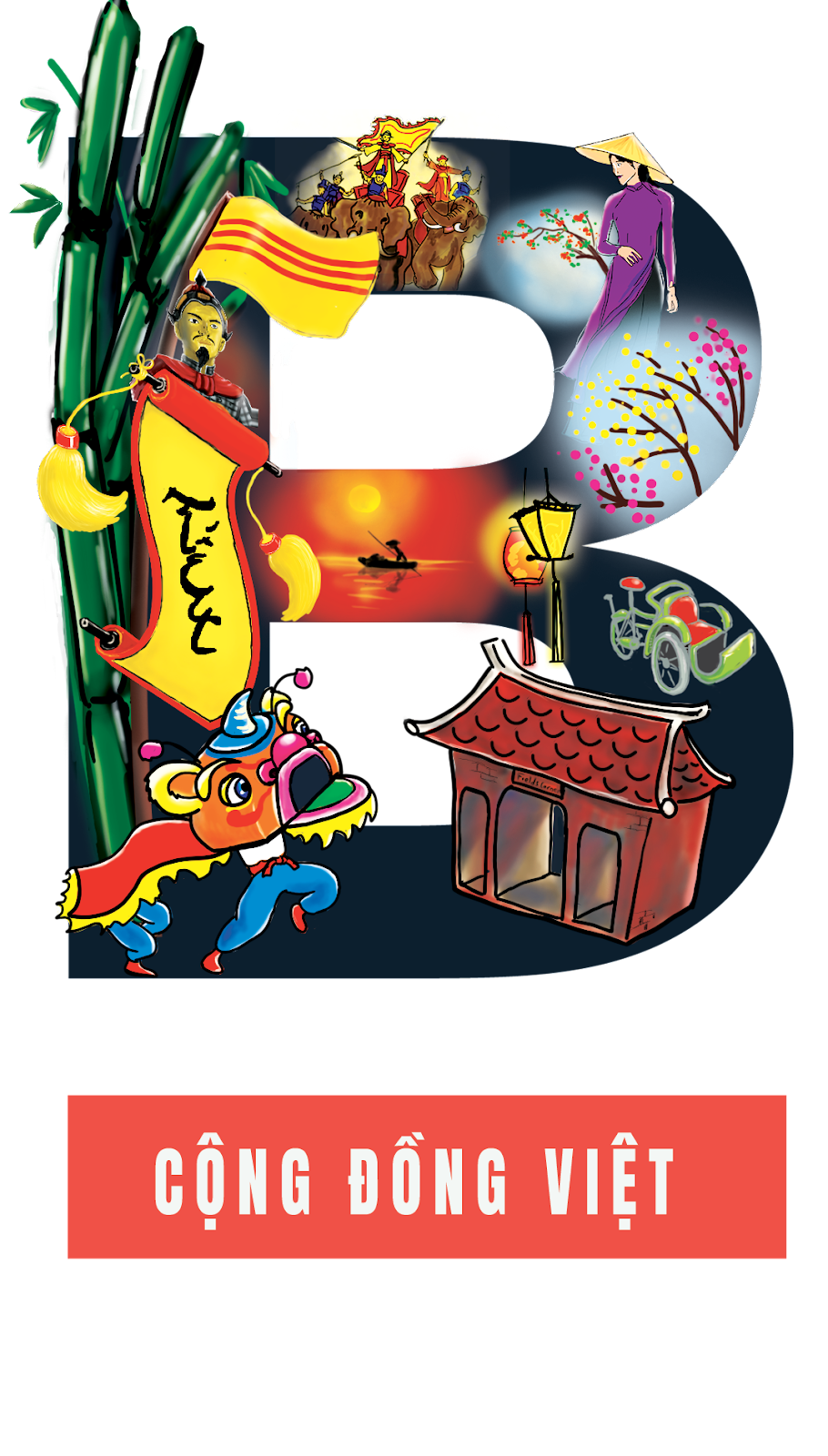 About the artist: Daniel Lam

Daniel describes his inspiration behind the design:

All of the cultural images around the B represent important events and traditions specifically for the Vietnames community in Boston (called "Cộng Đồng"). The bottom left is the lion dance and new year - Tet in Boston - which is the biggest event of the year. The heritage flag – yellow with 3 red stripes – is very important for the Vietnamese Community, and there are rising flag events on the New Year and April 30. The bamboo tree represents Vietnamese culture in general. The image of the man represents General Tran Hung Dao, a cultural hero who defeated the Mongol invasion twice in 1283/84 AD. At the top of the B is the Trung Sisters, the first woman king. The top right is "Áo dài," the traditional dress. Behind her is a famous flower tree – the royal poinciana – which blooms in the summer and normally represents the student body. Almost every school in South Vietnam has this tree in the schoolyard. In front of her are flowers to represent the new year in North and South Vietnam. The lanterns represent the harvest moon festival, which also occurs annually in the community. In the middle is a picture of a fisherman, which is a memory of the past but it also represents the whole agriculture tradition of Vietnam. Below the lantern is "xích-lô" which was a common way of transportation in Vietnam in the past. The gate represents the community. Almost every old village in Vietnam has a gate.