Mayor Michelle Wu today held an outdoor swearing-in ceremony at Boston City Hall to formally inaugurate new and returning City Councilors. The Mayor previously announced the event was moved outdoors because of the surging Omicron variant. A previously planned inaugural celebration has been postponed until spring. 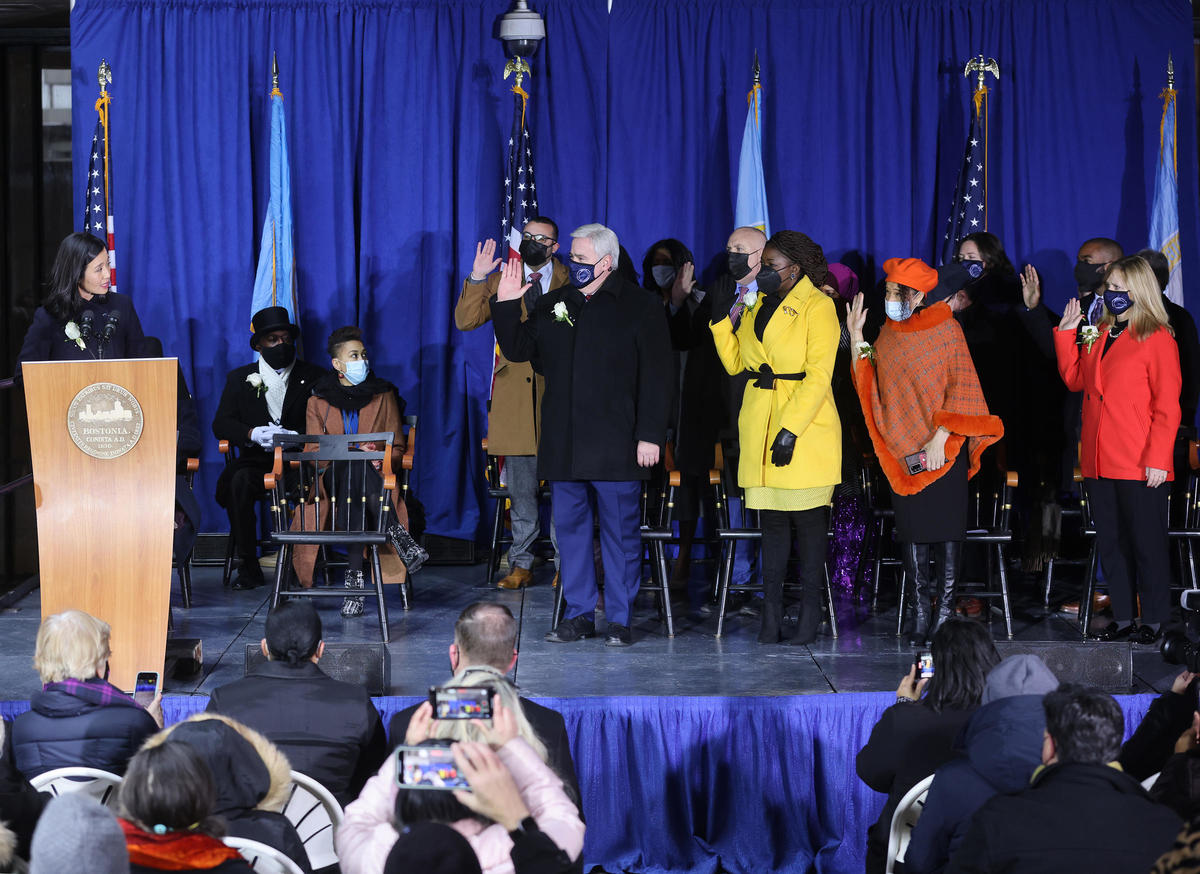 “I know the deep responsibility that our constituents place upon us and I know the power of the Boston City Council to make sure that we are moving forward,” said Mayor Michelle Wu. “As our new colleagues join alongside our returning colleagues, those who I have been proud and honored to serve alongside for many years, I know the progress that we will continue to see in this City. In this moment, our constituents in our community expect us to move with urgency, to open doors for everyone and to deliver results.”

The incoming Councilors sworn in during Monday’s historic ceremony represent many key milestones: Tania Fernandes Anderson is the first African and first Muslim City Councilor, Kendra Hicks is the first woman of color to represent District 6, and Ruthzee Louijeune is the first Haitian-American City Coucilor. Also newly-sworn into the City Council is Erin Murphy, a dedicated BPS teacher, mother, and advocate for those struggling with substance use; and Brian Worrell, a small business owner and the first Black man to serve on the Council since 2017.

“As we mark this new year, it’s truly not just about the passage of time, but the progress that the City has seen and that we will continue to rush into in this time of great consequence,” said Mayor Wu. “I’m so excited to join my colleagues in celebrating our five new City Councilors.” 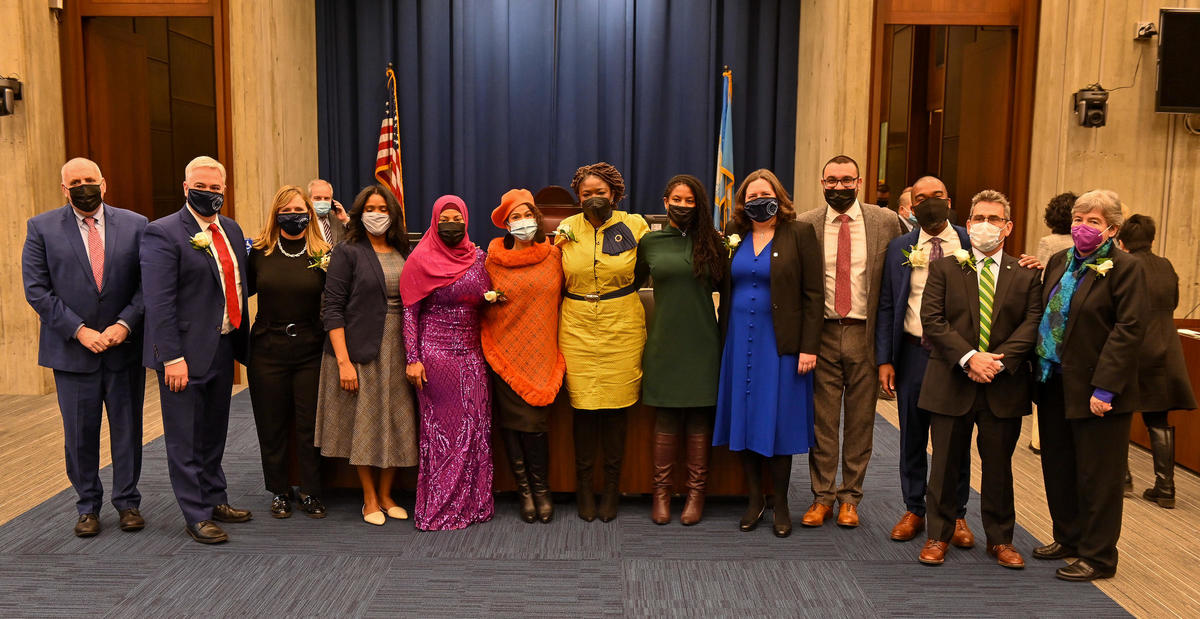 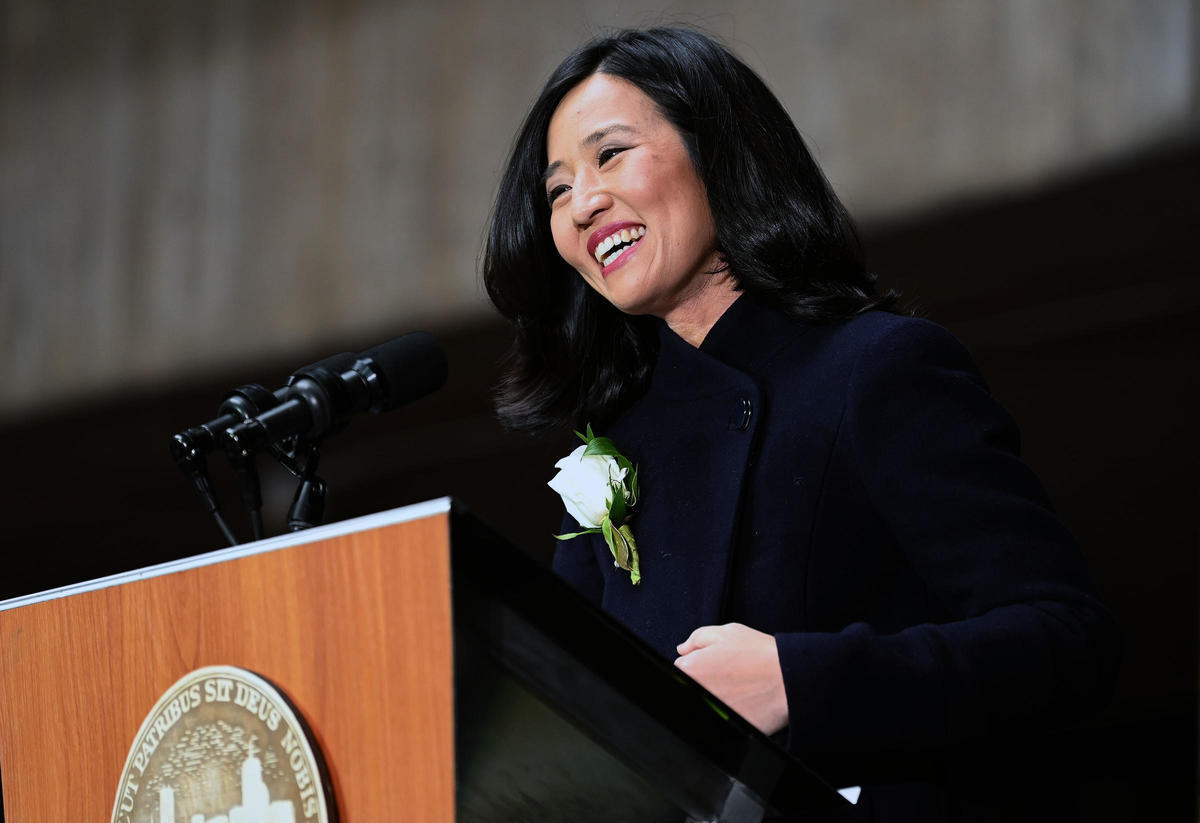