Did you know that the City Archives is full of records documenting the lives of Boston's women? We're celebrating Women's History Month by highlighting some of our favorite records about Boston's women!

From Boston's beginning, women have been active members of our City's community. The women who lived, learned, and worked in Boston left records of their daily lives behind. Some of these records are preserved in the City Archives.

Many Boston women opened their own businesses. Married women who owned a business had to register for a "Married Women's Business Certificate." The index below shows women who opened businesses in the late 1800s and early 1900s. 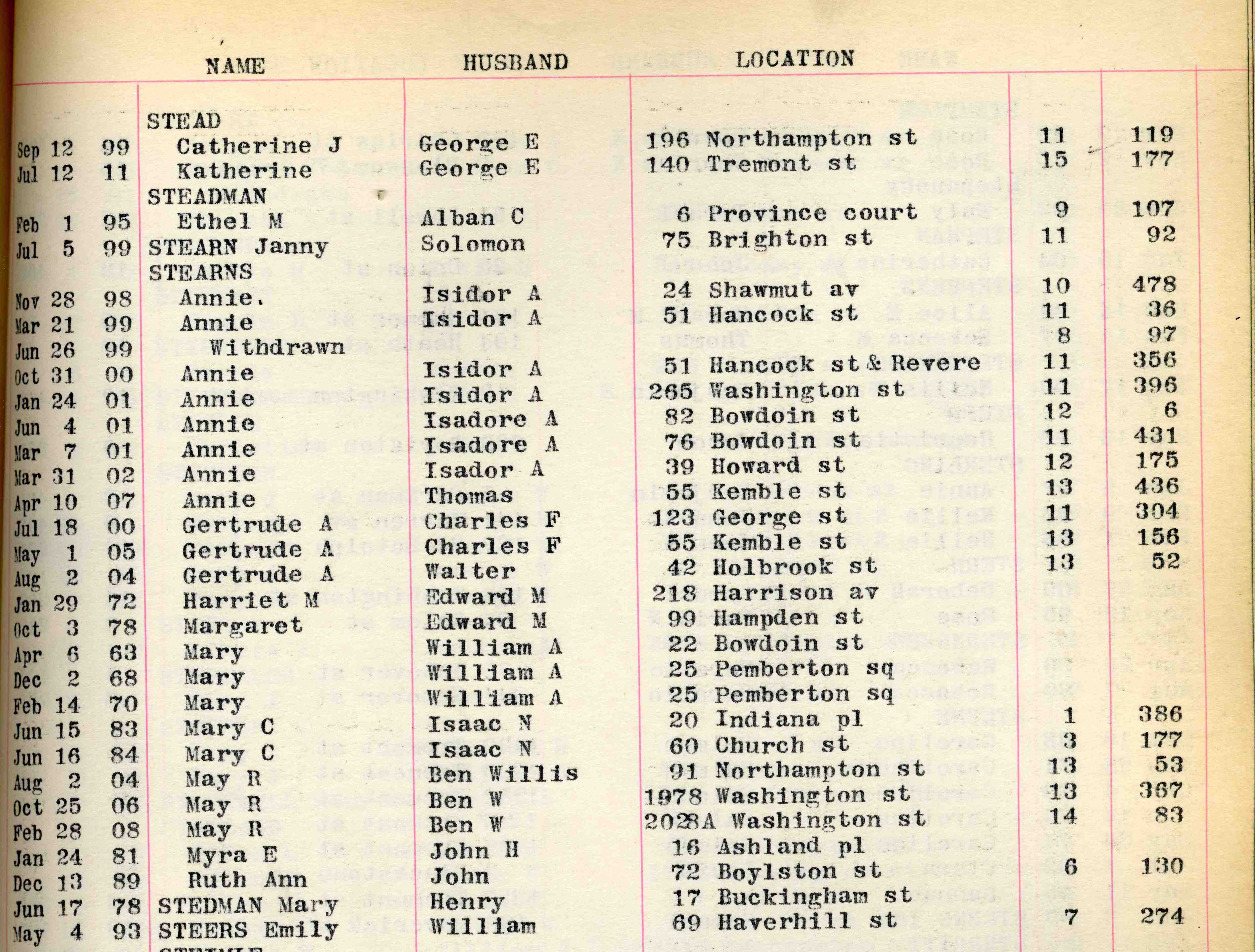 Some of Boston's working women were employed by the City of Boston. Boston's City Hospital both trained and employed female nurses. The photo below shows City Hospital nurses with patients in a pediatric ward, in the late 1800s or early 1900s. 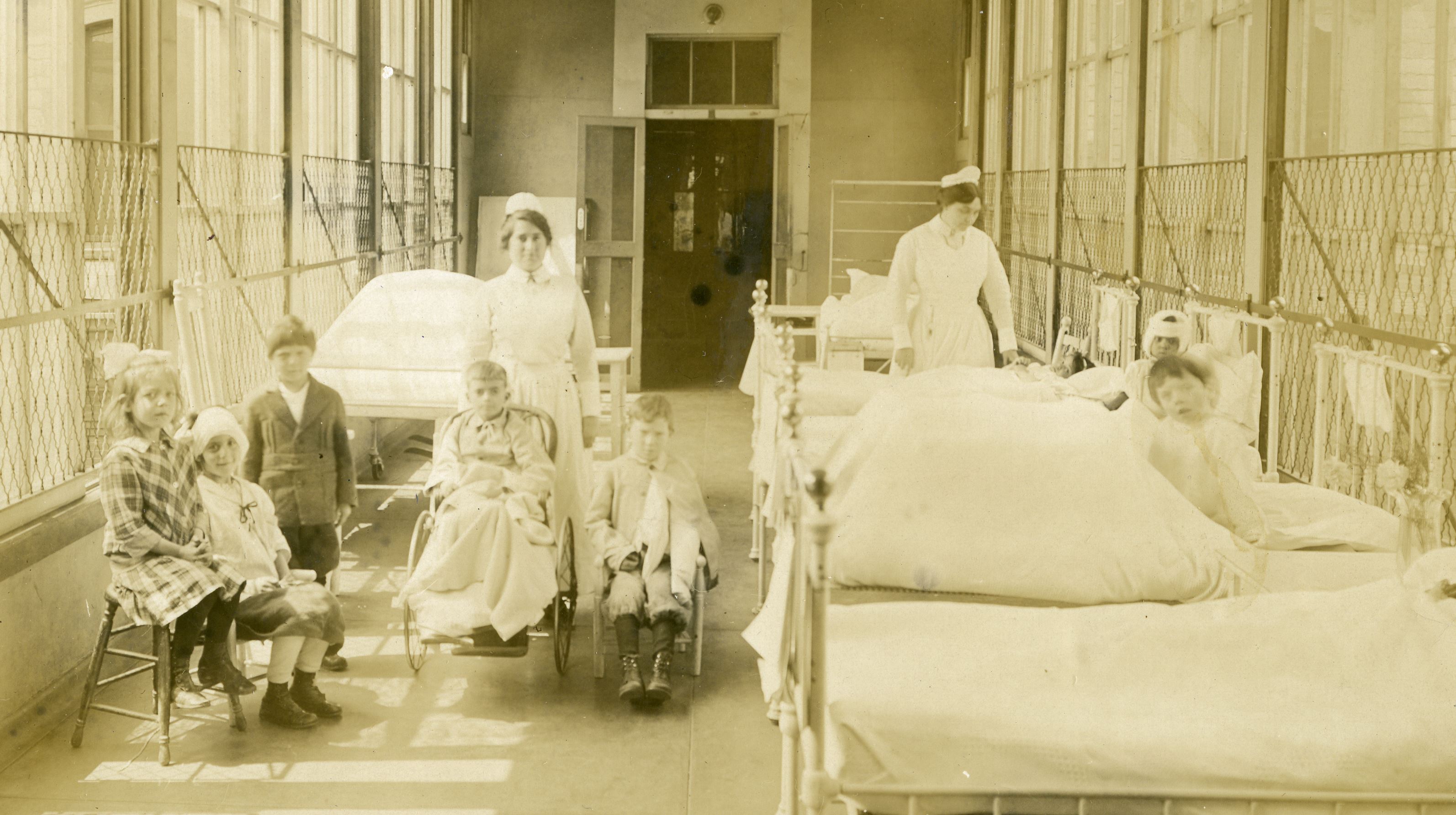 Other women worked as teachers in Boston Public Schools. The City Archives has the educational and teaching records of these women. Eleonora della Sala was born in Italy, moved to the United States as a child, and graduated from Chelsea High School and the Salem Normal School. She taught in various schools throughout the City of Boston. 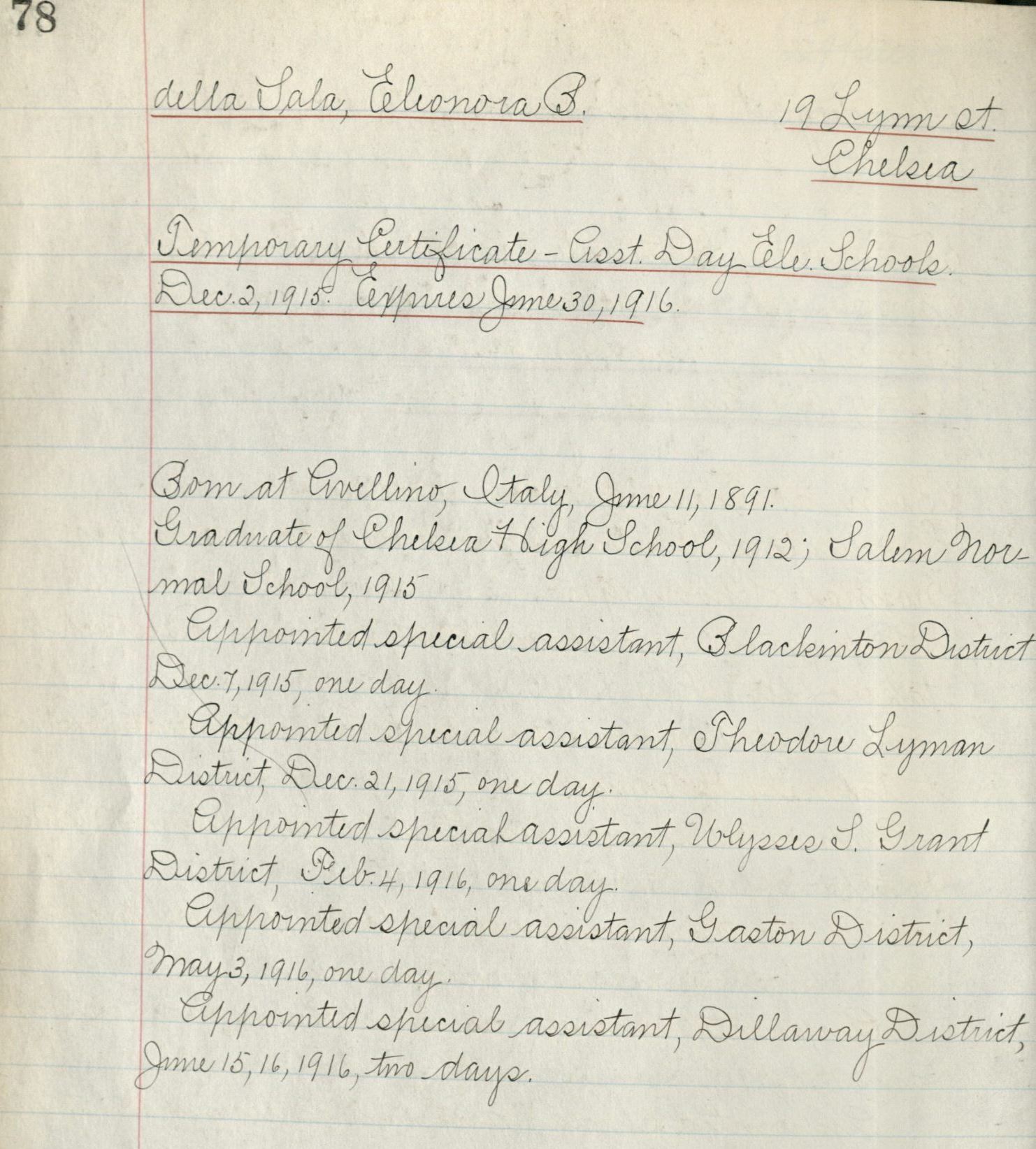 The City Archives also has records documenting women who were educated in Boston Public Schools. Some of our most interesting records come from Boston's vocational schools for girls.

The School for Practical Arts provided vocational education to young women. These young women were typically from working class families and needed to learn a trade to support themselves and their families. Students took classes in sewing, hat making, cooking, and other trades. The City Archives has student records, photographs, and student work from both of these schools.

In 1912, A. Meehan, a student at the High School for Practical Arts, practiced her drawing skills by sketching the below dress design. 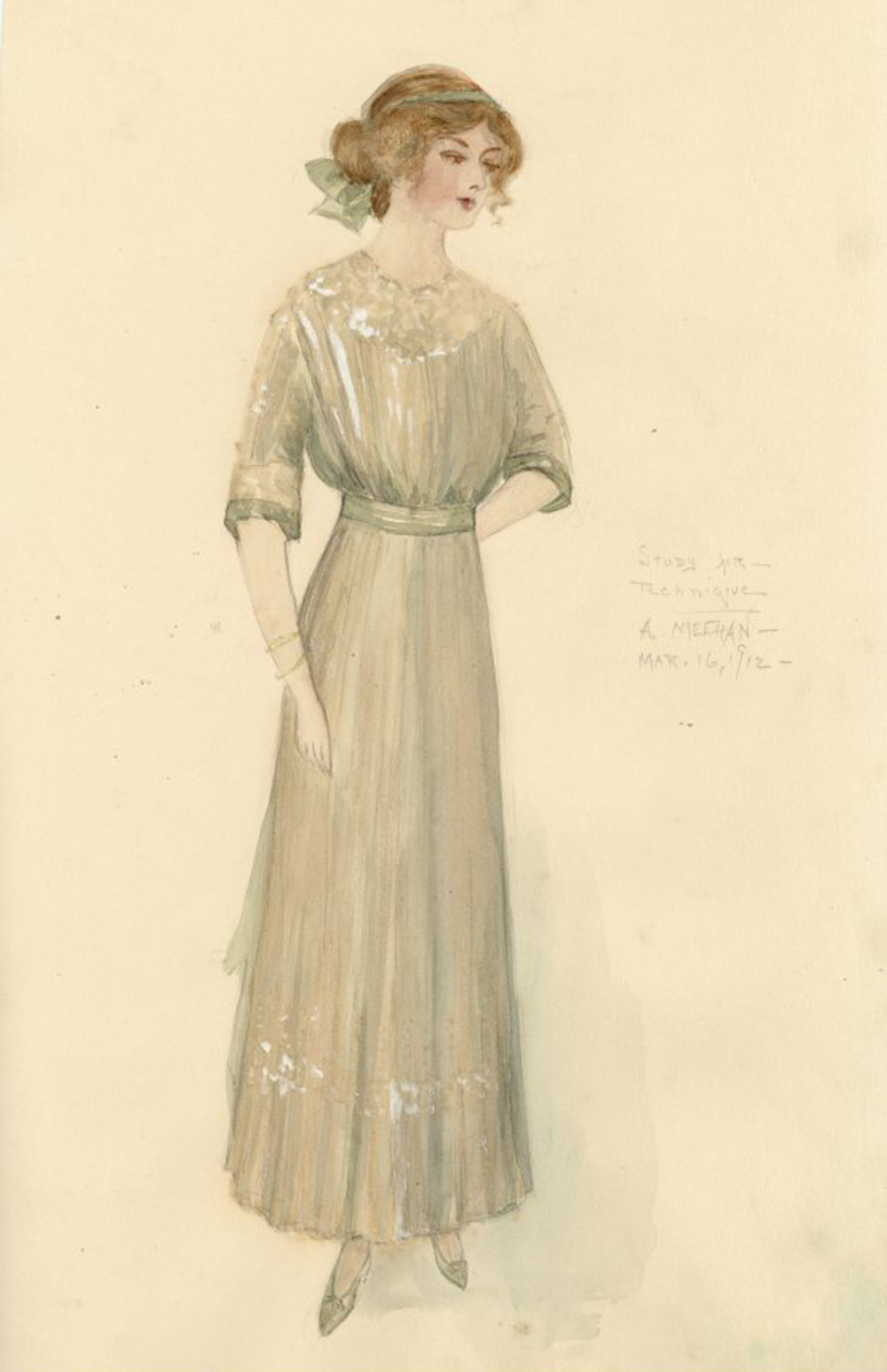 Boston's Girls Trade School also trained women to earn a living by cooking, sewing, and hat making. The photo below shows a Trade School student in her dressmaking class. 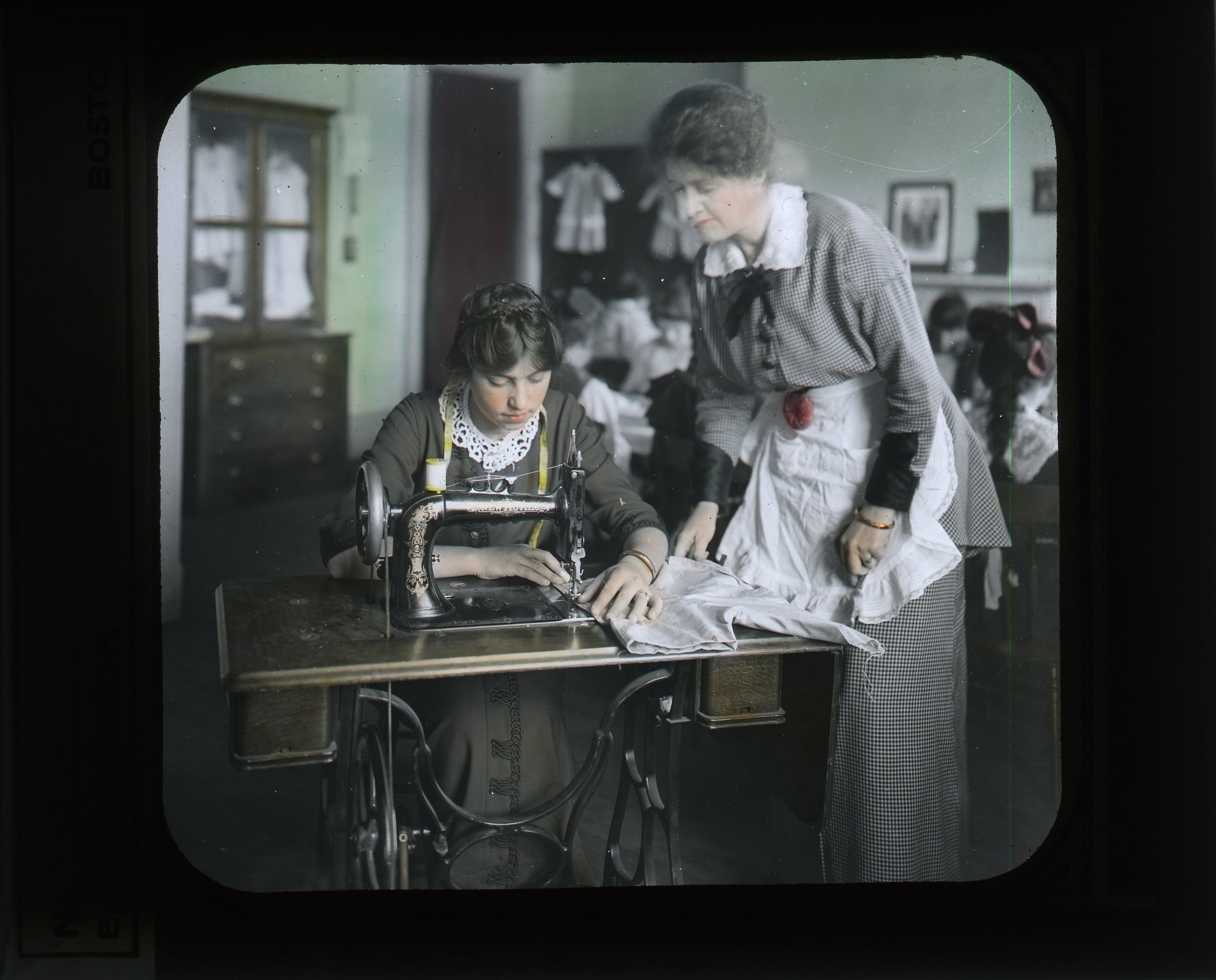 Our school collections also include copies of Boston's student newspapers and magazines. These publications highlight stories, poetry, and artwork by the City's female students. In some cases, they shed light on the political and social debates happening among Boston's younger women. For example, in 1947,  Dorchester High School's "The Item" published arguments for and against women serving on juries. 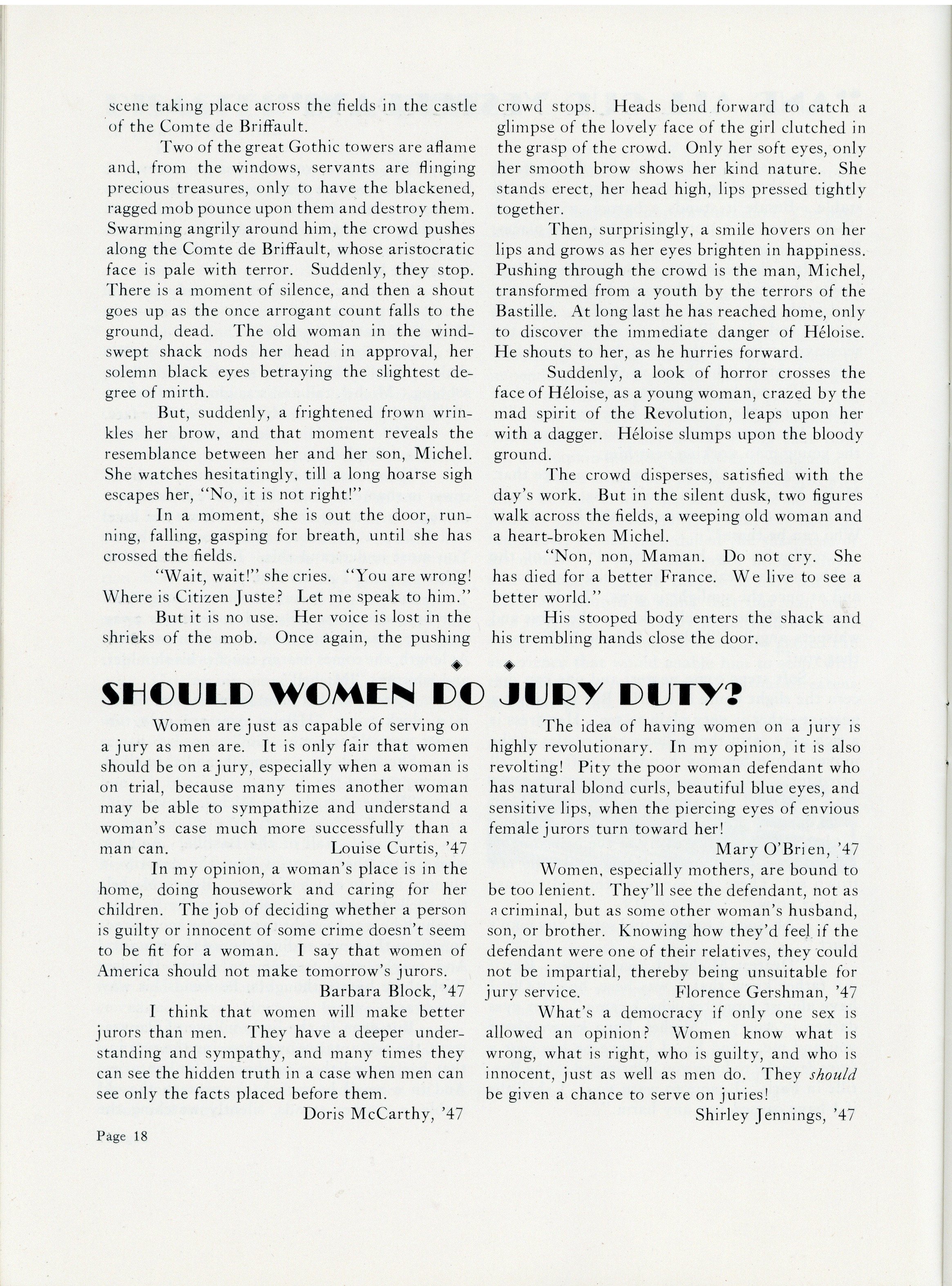 Does it surprise you to learn that not all of the students agreed that women should serve on juries?

These records are only a small sample of the City's records documenting Boston women! Want to learn more about how you can research women's history at the City Archives? Send us an email at archives@boston.gov!