Vali will lead Mayor Walsh's vision for uplifting all of Boston's immigrant communities on multiple fronts.

Mayor Martin J. Walsh today announced the appointment of Yusufi Vali as the new director of the Mayor's Office for Immigrant Advancement (MOIA). In this role, Vali will lead Mayor Walsh's vision for uplifting all of Boston's immigrant communities on multiple fronts: ensuring safety and security, providing equitable access to city government, and promoting economic, cultural and civic integration. 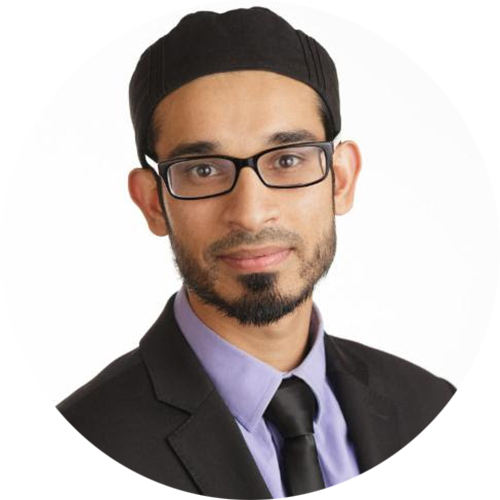 "I am incredibly proud of the success we have had in Boston in highlighting the contributions that immigrants bring to our City, and I am excited to welcome Yusufi as the new director of the Office for Immigrant Advancement," said Mayor Walsh. "He has a strong record of fighting for immigrant and vulnerable communities, and I am looking forward to seeing him succeed in this role as Boston remains at the forefront of welcoming and protecting our immigrant community."

Vali brings to MOIA more than a decade of experience, most recently as executive director of the Islamic Society of Boston Cultural Center (ISBCC), a mosque and community center that serves over 1,500 congregants of 64 different ethnicities, the majority of which with an immigrant background. In this role, he fostered relationships with community, interfaith, and political leaders to raise the mosque's public profile, combat hateful rhetoric, and facilitate the Muslim community's integration into Boston.

"Having immigrated from India at the age of nine, I know how hard it is for families to find their footing in a new place and culture, particularly during current times of divisive and ugly rhetoric," said Yusufi Vali. "I am excited to lead our City's efforts in ensuring immigrants feel right at home, have access to opportunities, and contribute to Boston's growth and well-being, just as immigrants have done throughout our country's history."

In his role as executive director at the ISBCC, Vali developed a strategic framework via a rigorous needs-assessment of congregants, which led to the doubling of ISBCC programs and services. As one of Vali's first actions as executive director, he organized a series of meetings with Jewish and Christian leaders which fostered a supportive interfaith relationship.

Vali also led the response of the ISBCC in the aftermath of the Boston Marathon bombing, sharing Muslim values and reassuring Boston's Muslim community that their city would continue to be a welcoming place for everyone. Vali has consistently advocated against stigmatizing federal policies and programs, most recently the Trump Administration's Muslim ban. Vali and his team organized multiple "Know Your Rights" trainings, educating hundreds of community members, business, political and civic leaders, on the policy.

Before joining the ISBCC in 2012, Vali was a community organizer with the Greater Boston Interfaith Organization, where he advocated for better education and access to health care for low-income families. He was a Fulbright Scholar, a Marshall Scholar, and is currently a Barr Fellow. He holds two master's degrees from the London School of Economics and the School of Oriental and African Studies, and a bachelor's degree from Princeton University.

"MIRA welcomes the Mayor's appointment of Yusufi Vali as the director of the Office for Immigrant Advancement," said Eva Millona, executive director of the Massachusetts Immigrant and Refugee Advocacy Coalition (MIRA). "He has a known track record of championing immigrant and refugee issues. He will be a tremendous asset to the Mayor and the city."

MOIA endeavors to strengthen immigrant participation in Boston's diverse civic, social, economic, and cultural life. The office also promotes the recognition and public understanding of immigrant contributions to the City of Boston, and serves as the City agency leading the efforts to mitigate the impact of federal immigration restrictions on the City's immigrants.

Mayor Walsh and Councilor Josh Zakim recently announced amendments to the "Boston Trust Act," a City ordinance that delineates the work of local law enforcement officials and federal immigration laws. Since the start of the  Trump Administration's reform on the immigration system, Mayor Walsh has been opposed to proposed changes to the Deferred Action for Childhood Arrivals (DACA) program, the termination of Temporary Protected Status (TPS), the proposed redefinition of "public charge" and HUD's proposed rule to expel from public housing mixed-status families paying prorated rent.

Mayor Walsh recently included $50,000 in his FY20 Budget proposal dedicated to the Greater Boston Immigrant Defense Fund, which strives to increase education and access to legal services to defend its many immigrant communities, refugees, and temporary status holders. This supplements MOIA's ongoing efforts n this area such as Immigrant Information Corners, with multilingual information about citizenship, financial empowerment, and public and community resources. MOIA also offers free immigration clinics at City Hall, and has facilitated "Know Your Rights" and "Immigration 101" presentations to communities and service providers. Since 2014, MOIA has co-hosted Citizenship Day in Boston, which has helped more than 1,000
eligible immigrants apply for citizenship.

Under Mayor Walsh, MOIA has been a model for municipal governments motivated to support and advance its diverse immigrant communities. MOIA held the regional Municipal Leaders for Immigrant Advancement Summit at the Edward M. Kennedy Institute in 2017 and the first national best practices convening of the Cities for Action coalition at Suffolk University in 2018. The "To Immigrants With Love" public art campaign and "Who We Are: Boston Immigration Then and Now" traveling map exhibit have brought visibility to Boston's immigrant past and present.

For more information on the Mayor's Office for Immigrant Advancement, please visithttps://www.boston.gov/immigrants.