The Mayor's Office of Arts and Culture organizes the awards each year. We give prizes to local artists who produce fresh, original, and contemporary work. A jury of Boston art professionals and peers judges the art. We award prizes in three categories. We also display the art in our Boston City Hall galleries. This gives artists the chance to get their art seen by the local arts community.

The application for this show is currently closed. Please check back here for updates.

The awards are named after Fay Chandler, a champion and advocate of the arts. She started her career as an artist later in life. Chandler serves as an inspiration for this exhibition and to artists of all ages.

The application is currently closed. 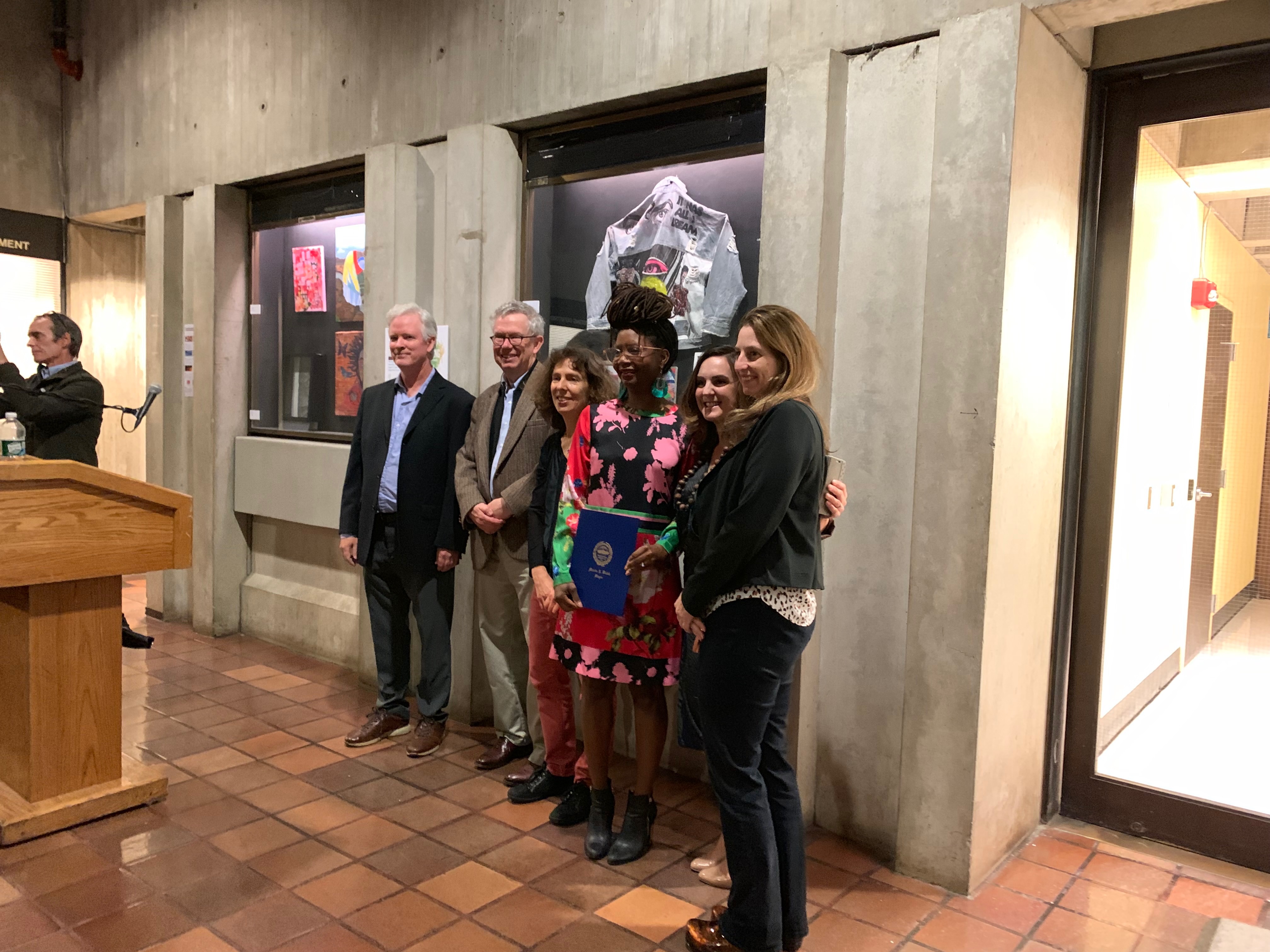 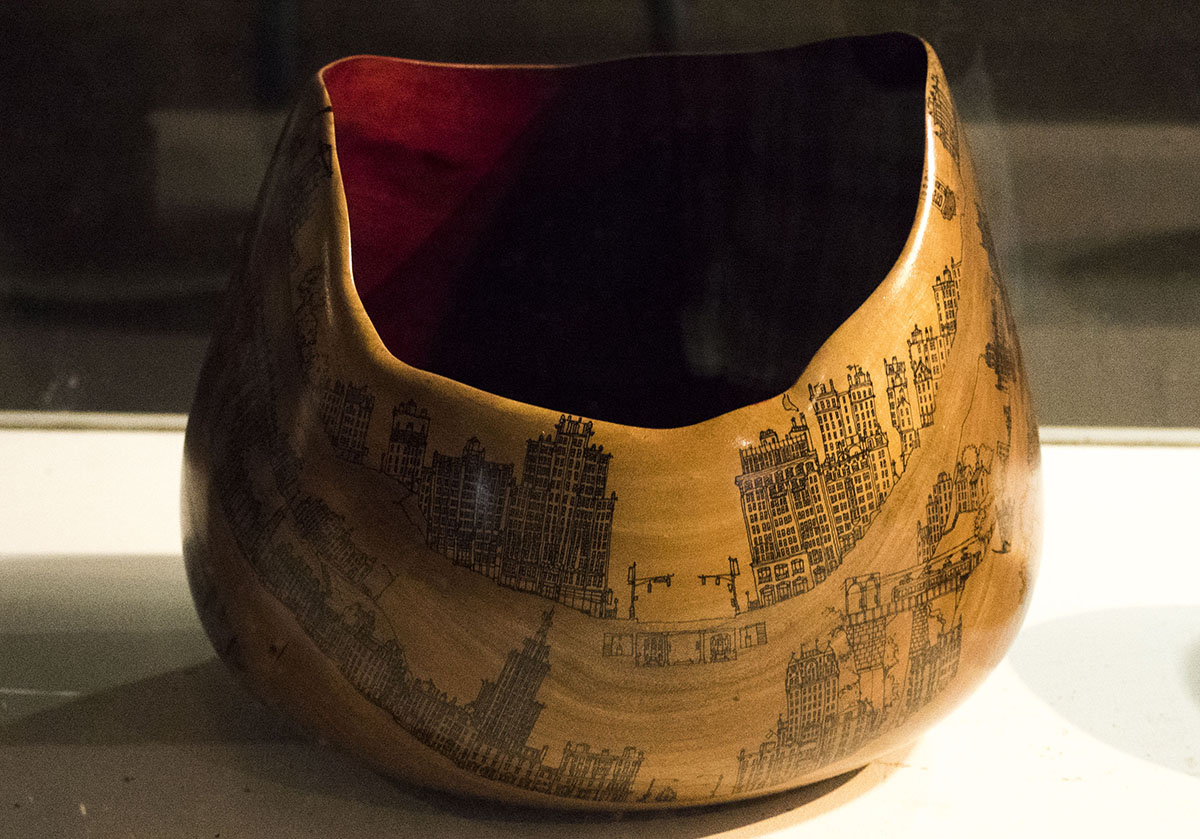 Untitled, no. 354 is a collaboration between wood sculptor Yelena Synkova and Sean Cummings, who illustrates from the perspective of architectural history. Cracks, spalting, and unusual growths naturally occurring in the wood are celebrated from the origin of each of their pieces in the woodturning process through to the illustration work in ink. Such anomalies in the wood are the points of departure for the drawing of City and landscapes.
Sunanda Sahay, Over the Age of 50 Award 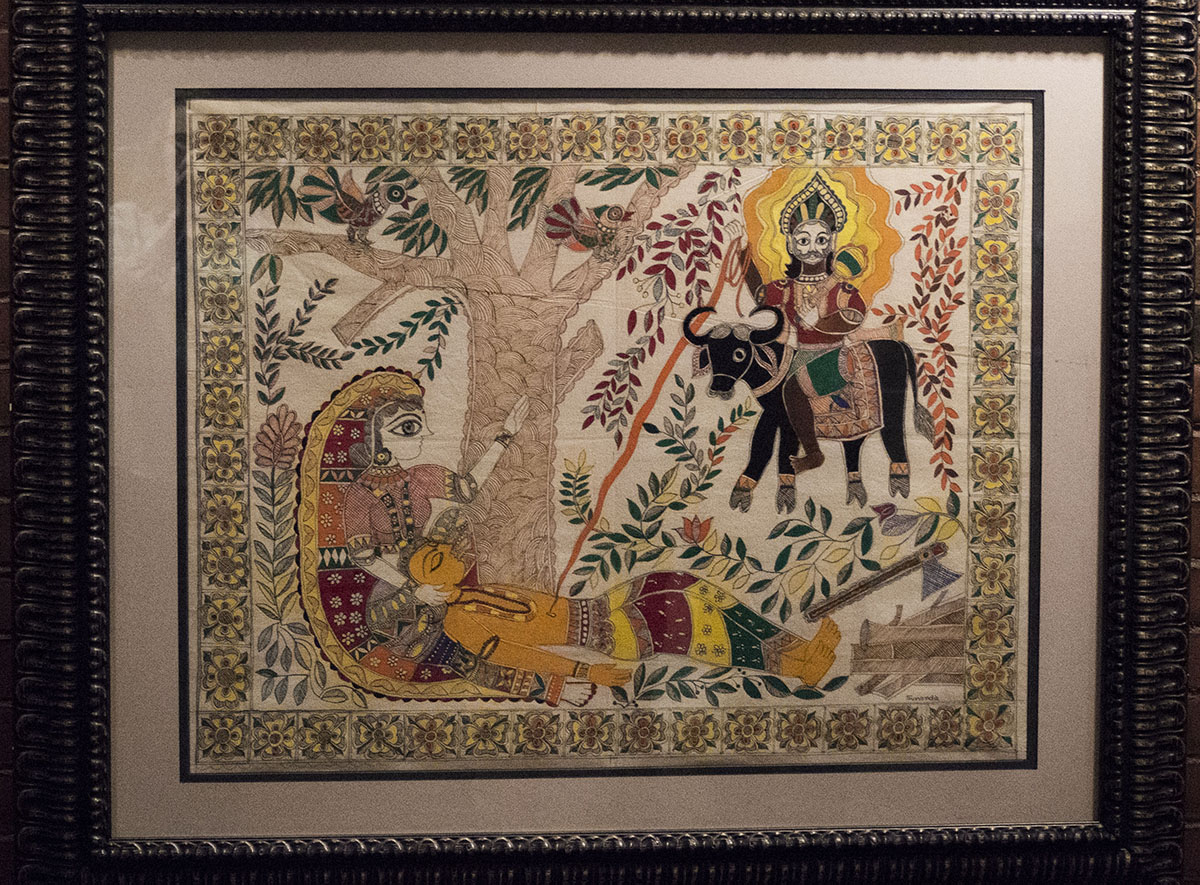 Sunanda Sahay is an eminent artist who paints in a folk style called Mithila/Madhubani. This is the ancient folk art form practiced in her home region in Northern India. Sunanda’s works have stayed true to the traditional themes of mythology and social customs. Her style has not deviated from the dense, arching, and brightly colored strokes characteristic of the art. Her paintings have received widespread attention and acclaim, including several juried show selections and awards. She is also the organizer of an annual cultural event "Essence of India."
Sam Belisle, Started Making Art in the Last Five Years Award 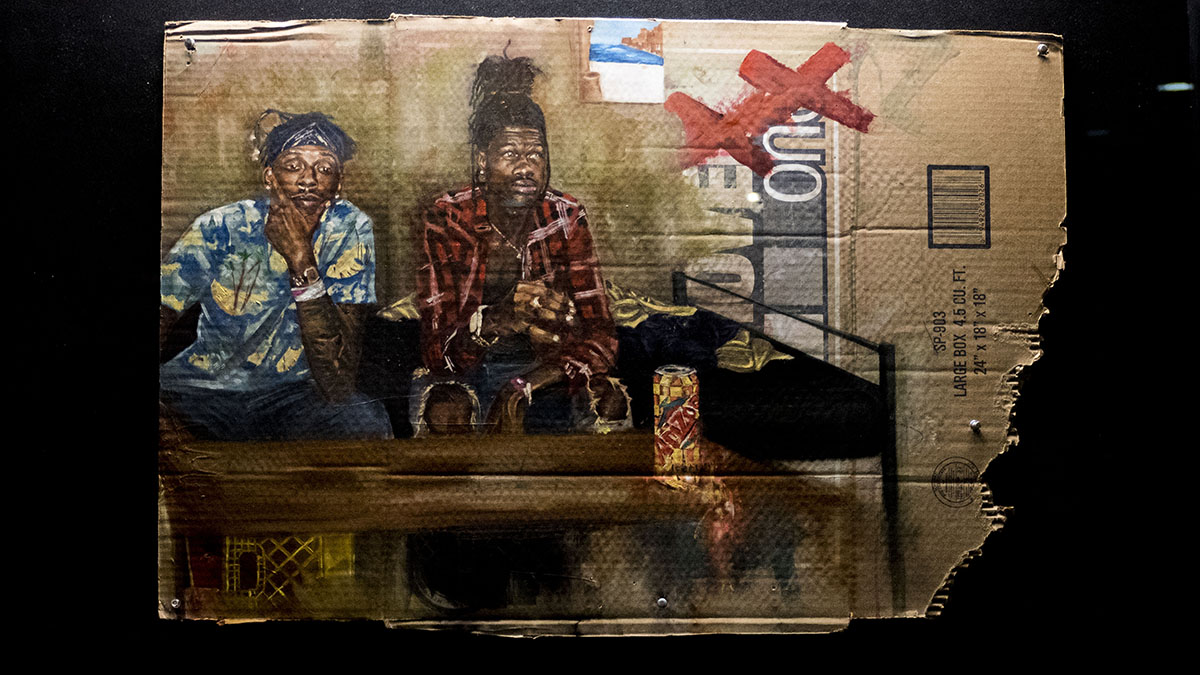 Sam Belisle’s piece, “Life is Beautiful, 2017”, is an intimate look into the domestic setting of Jay (Jordan Caldwell) and Bills (Brian Billingslea). It is a self-proclaimed title by Jay and Bills that references the name of a three-day long music, art, and food festival in Las Vegas, Nevada that they are attending that day. Belisle wants viewers to wonder and attempt to understand why one would spend so much money on entertainment when they do not even have furniture. This painting is presenting priorities and expectations that may be unfamiliar to some. But, it shows the balancing act that is ever-present in a working-class context. Using cardboard in place of canvas reinforces the narrative surrounding an economy of means and points softly toward issues of access.
Myron Belfast, Best in Show Award

A Dorchester resident, Belfast was born in Trinidad and grew up in Cambridge. Belfast is a self-taught artist. He learned by watching the movements and techniques of other artists. Working primarily in charcoal, his work can be described as contemporary art-deco. Myron will be having a solo exhibition in the 5th floor Mayor's Gallery at City Hall January 23 - February 28, 2018.

Keith Maddy, Over the Age of 50 Award

A resident of the Back Bay, Maddy is a mixed-media artist. He works exclusively with cut paper and collage. Maddy uses the medium as a form of drawing, painting, and even for poetry and story-telling. Maddy meticulously hand-cuts source material from different works, including vintage children's books. His material is selected for specific colors, line quality, paper, and content.

Tortorella is a self-taught artist who lives in the South End with his wife and two children. Two years ago, after a successful career in finance, Tortorella decided to follow a lifelong passion for creating art and began working as a professional artist. Tortorella works primarily in oil paints, on both board and canvas in the Tromp L'oeil style.

A visual design artist, Scannell received the Best in Show award for her work title, "Congolese Schoolgirls 3." We awarded her a prize of of $2,500.

Redamonti is a pen and ink illustration artist who depicts drawings that blend realistic scenes with fantasy. She was recognized as the Recently Became an Artist award winner for her piece, "Emily's Dream 2." We awarded her a prize of $1,500.

Jodi Colella, Over the Age of 50 Award

Jodi Colella creates sculptures and installations that explore human relationships. She was recognized as the Over 50 Years of Age artist for her work, "Power Figures." We awarded her a prize of $1,000.