This public art project will complement the new Area A-7 Police Station in East Boston.

The new 27,505 square-foot Area A-7 Police Station in East Boston will include:

The building will be at the intersection of two busy streets. The location is at an area where the residential neighborhood meets the industrial area, with a view of the Chelsea River. The building is intended to welcome the community while also holding a civic presence. The total budget for the public art project is $450,000, including fabrication and installation.

The City has identified several potential sites for the artwork, including:

These sites are based on the preliminary landscape and architectural design, and may change as the design is further developed.

We encouraged applicants to consider these three qualities of the East Boston neighborhood:

East Boston has a deep history with several immigrant communities. There are several local symbols of immigrants, including:

East Boston is experiencing the negative effects of climate change largely because of its geographic location. The City is partnering with local nonprofits to reduce the impact on the neighborhood.

Because East Boston is somewhat isolated from other neighborhoods in the City, the community has a strong neighborhood identity. The police officers and Boston Police Department staff have a close relationship with residents. This relationship reflects the tight-knit nature of East Boston, and Boston’s citywide commitment to community policing. 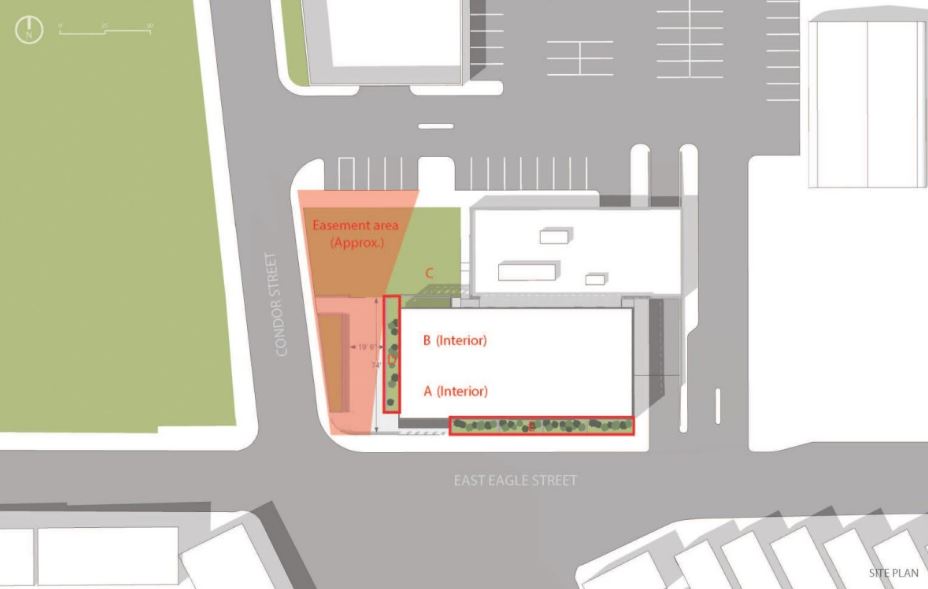