Luz Johanna Perez Borbon is the Economic Mobility Lab Fellow in the Mayor’s Office of Policy. Currently, she is pursuing a PhD in Applied Linguistics at the University of Massachusetts Boston (UMass Boston). Her decision to take this path arose while working on a Master of Arts in Applied Linguistics at UMass Boston. Through her coursework, she began recognizing how language is unevenly distributed and how perceptions guide how we view others’ linguistic abilities. Her focus of study is directed at racial ideologies and how they manifest linguistically as well as issues pertaining to education and language policy.

As a Chicana from Southern California — born in Watts and raised in Fontana — and daughter of Mexican immigrants, Luz Johanna grew up seeing her parents working hard but struggling to make ends meet. Nevertheless, her parents’ dream of having their children become college educated in order to have access to job opportunities not available to them, encouraged her to go to community college where she received an Associate Degree of Arts, and then transfer to a four-year college where she obtained a Bachelor of Arts in Spanish.

Throughout her college career, Luz Johanna has been involved in various clubs, holding leadership roles, such as vice president and president of Latino Educators of Tomorrow, treasurer and founder of the Spanish Language Association, director of the Board of Commissioners, Student Senate and member of the Student California Teacher Association. She was recently recognized by her professors with a departmental award acknowledging her academic achievements, and currently, she is the academic life liaison colloquia and event organizer for the PhD Applied Linguistic department.

Luz Johanna has ten years of teaching experience; she has taught English in El Paso, TX, Changwon and Seoul, South Korea, and Madrid, Spain. Additionally, she has taught for Direction for Student Potential (DSP), a program designed to strengthen the academic skills of students so they can be admitted into UMass Boston, and the Universidad Nacional Autónoma de México in Boston (UNAM-Boston), center for Mexican studies that, in addition to teaching others about Mexico, has Mexican students come to Boston to learn English. Her eight years abroad not only provided her with a fulfilling career path and the opportunity to be emerged in diverse cultures other than her own but the ability to see her own country from afar where she has decided to return in hope of joining the many Americans trying to make this a better place to live for everyone. 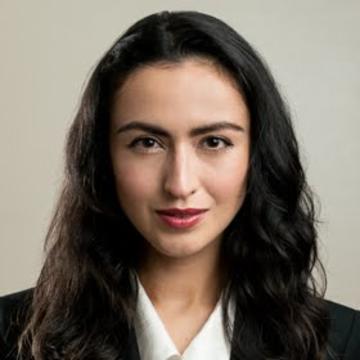