The Boston Parks and Recreation Department began a master plan of Smith Playground after years of advocacy by the Harvard Allston Task Force.  The 2016 Master Plan:

Design of Phase 2 is currently underway. Construction is expected to begin late 2020. Improvements in Phase 2 include new ballfields for softball and Little League, a dog park, and additional elements to promote activity in the park. 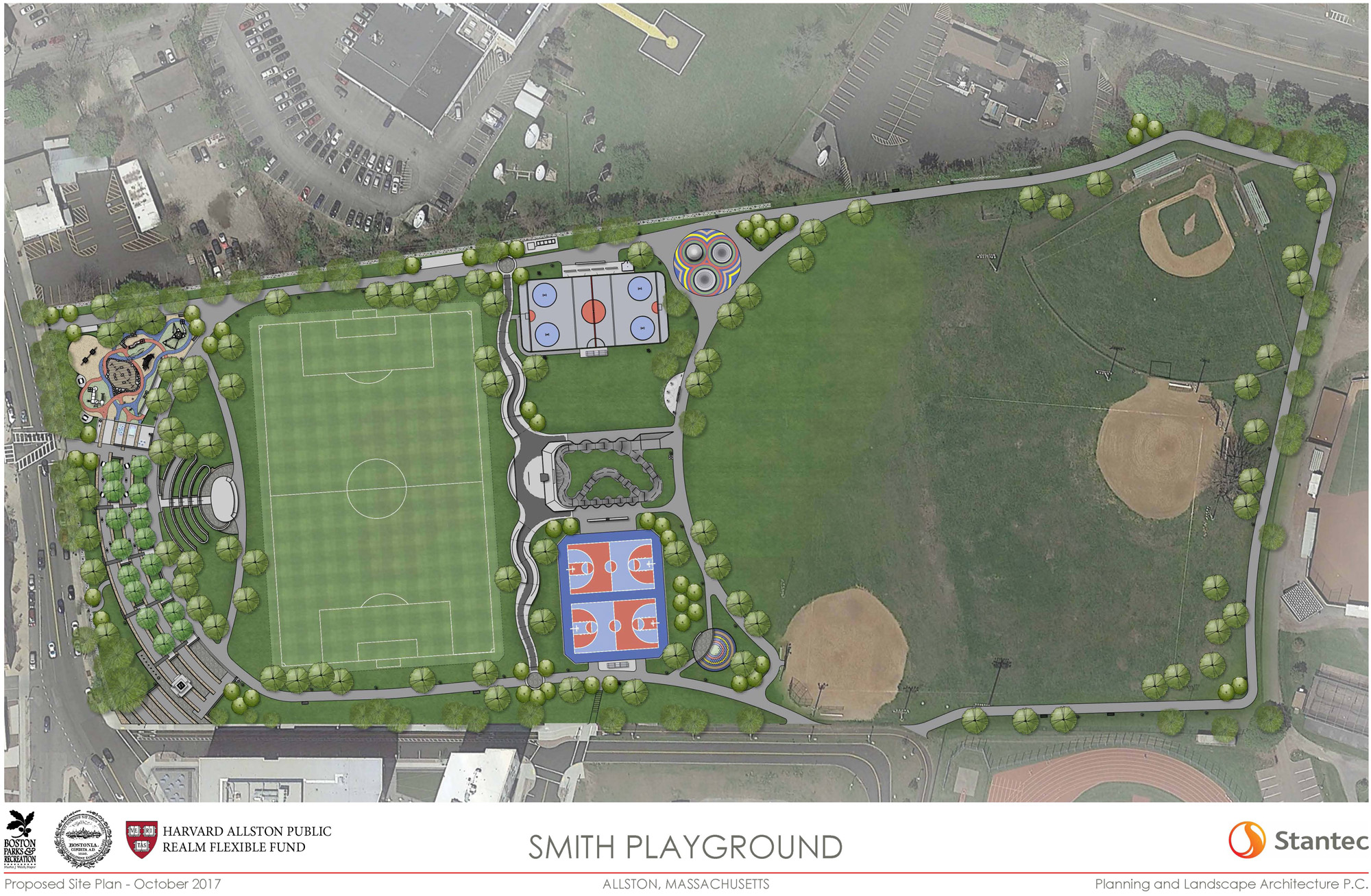 There are no upcoming events available at this time.

We place information on upcoming and previous meetings in the public notices section of Boston.gov.