This page contains information about the Neighborhood Slow Streets plan for the West Selden Street and Vicinity neighborhood.

The West Selden Street and Vicinity neighborhood is one of five communities selected to join the program in 2018.

Construction for your neighborhood is prioritized in 2022.

WHAT TO EXPECT WITH CONSTRUCTION:

When construction is scheduled, we will send an update to our email list for that zone. Construction crews will post "No Parking" signs at least 48 hours before any work that impacts parking.

Our Neighborhood Slow Streets program makes lasting safety improvements for our residents. Each zone's design includes reconstruction of several intersections. That's in addition to tools such as speed humps, pavement markings, and signs. Our engineered design plans have been fully approved and are ready for construction.

You can expect different construction crews for each part of the design plan. Construction schedules are weather-dependent. You can generally expect the following: 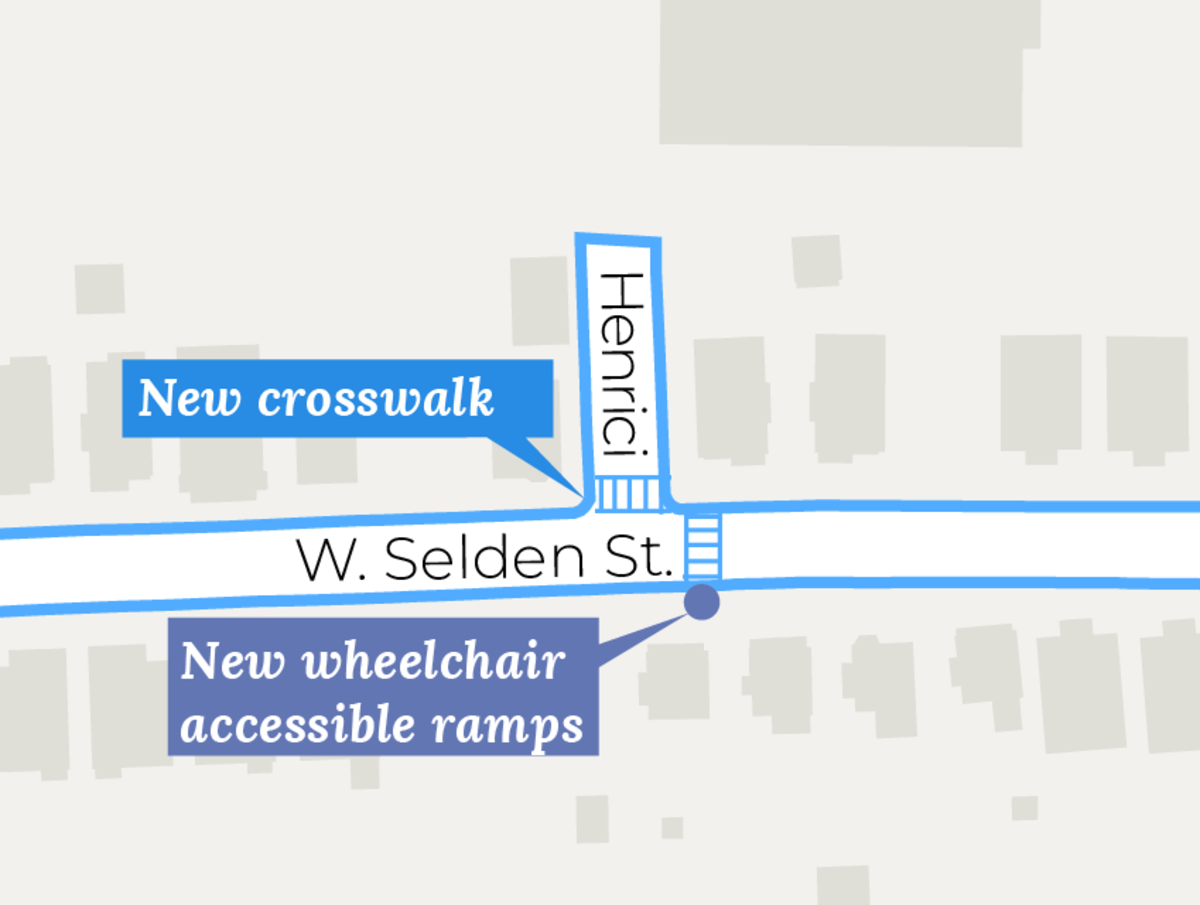 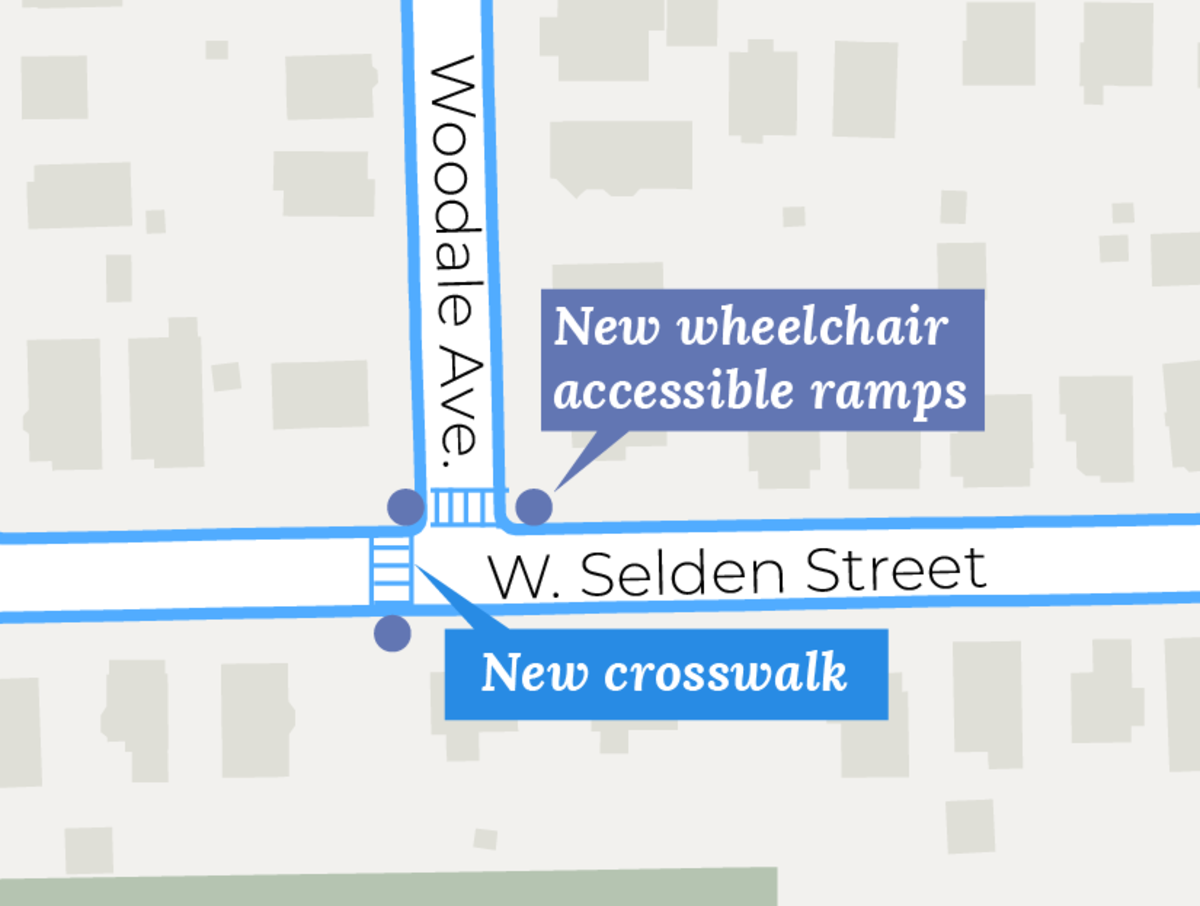 Take a look at the updates shared at a neighborhood meeting on November 25.

We shared draft concept designs at a public meeting on June 10. We invite residents to continue to provide feedback as we advance the designs.

We joined community members for a neighborhood walk on Monday, October 15, 2018, at 5 p.m. This walk was an opportunity for community members to share their transportation-related safety concerns. We started at Morton Street and Owen Street and neighbors were welcome to join all or some of the walk.

We shared draft concept designs at a public meeting on June 10. Please review the presentation and provide your feedback. 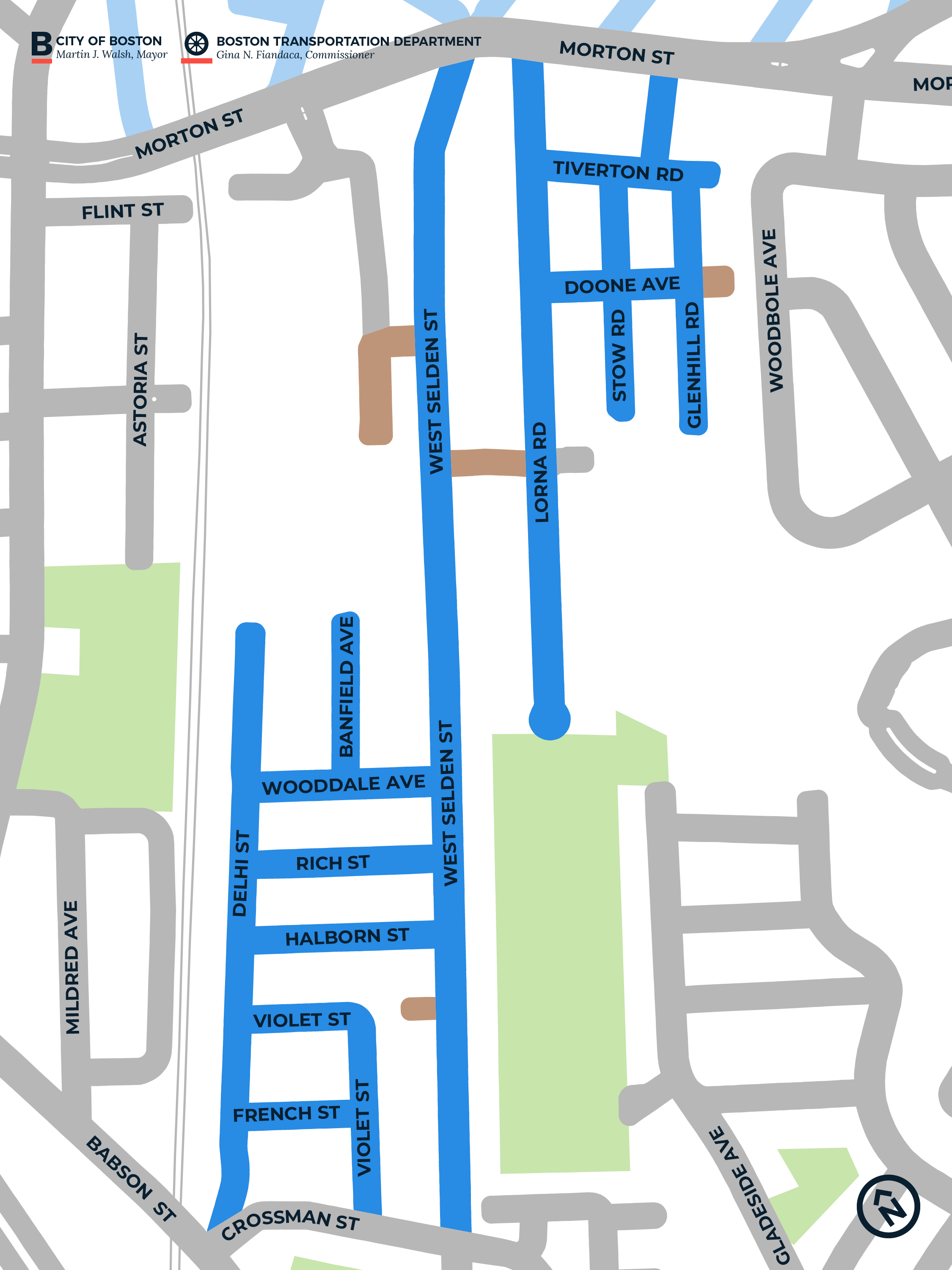