Three other communities were selected to join the program in 2018.

This summer, we reviewed your feedback and updated traffic-calming concepts for this Neighborhood Slow Streets zone.

Let us know what you think about the proposed traffic-calming plans:

We shared concept designs at the Dorchester Unified Neighborhood Association public meeting on May 29 at the Boston International High School.

At the Redefine Our Community Slow Streets meeting on June 20, 2019, we shared traffic-calming concepts for streets north of Evans Street, including the Milton Avenue/Edson Street intersection.

We joined community members for a neighborhood walk on Saturday, October 20, 2018, at 1 p.m. This walk was an opportunity for community members to share their transportation-related safety concerns. We started at Milton Avenue and Armandine Street. Neighbors were welcome to join all or some of the walk. 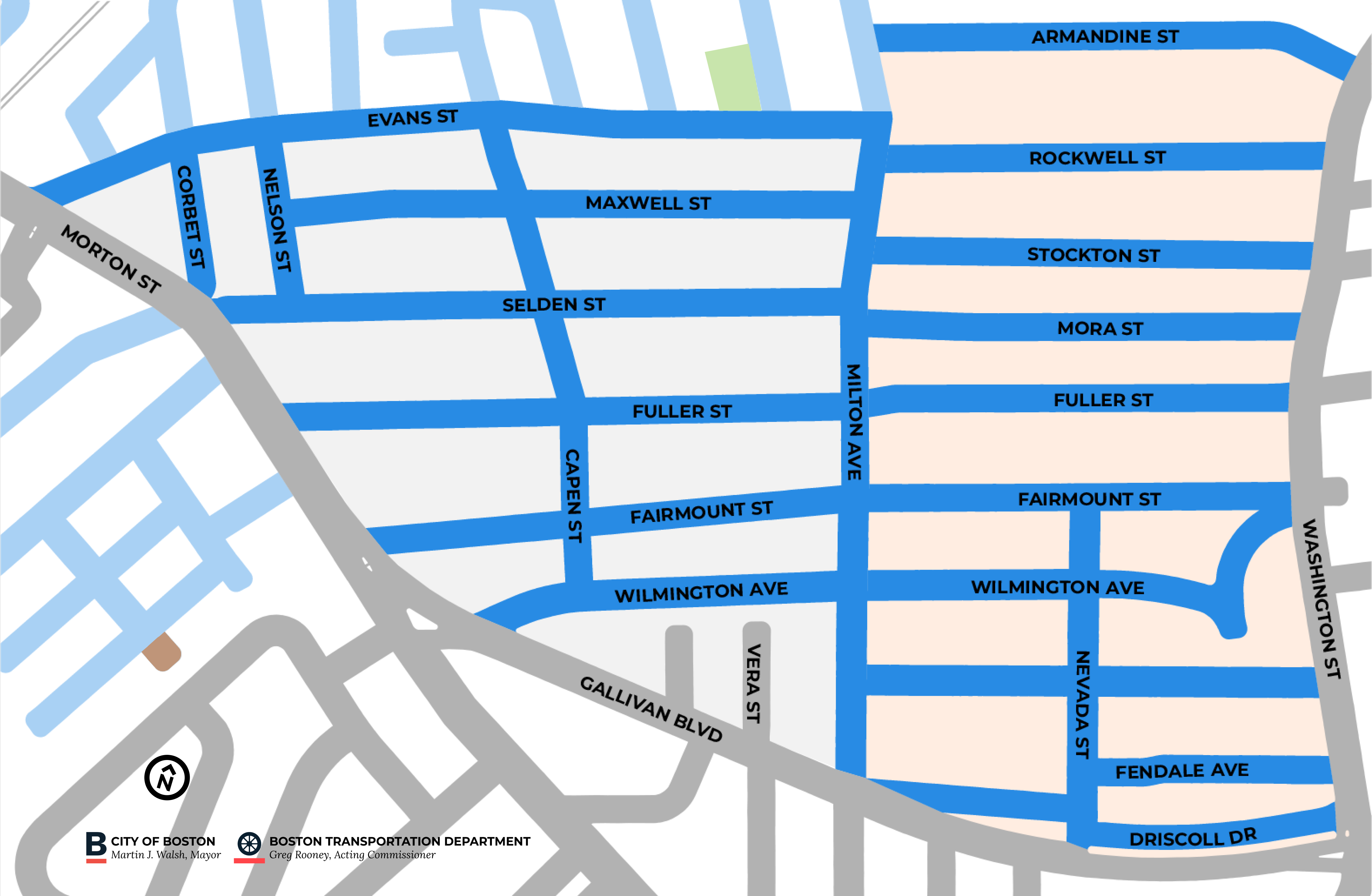