"Congratulations to the winners of the 2016 SPARK Impact Awards, and thank you to all who submitted nominations," said Mayor Walsh. "The young men and women we honor are true changemakers, sharing their talent and innovation with Boston. I look forward to the many accomplishments they will continue to bring to our City."

Mayor Walsh put out an open call for nominations for the 2016 SPARK Impact Awards this summer. A selection committee comprised of SPARK Boston Council members reviewed over a hundred nominations in order to select these finalists, whose personal stories can be found on SPARK Boston's website. A round of online voting determined the winners in each category.

In addition to the award presentation, the event featured a networking reception, a keynote speech by award winning filmmaker and arts advocate Jae Williams, and award presentation by 2015 Impact Award winner and CEO of Zapp RX Zoe Barry. 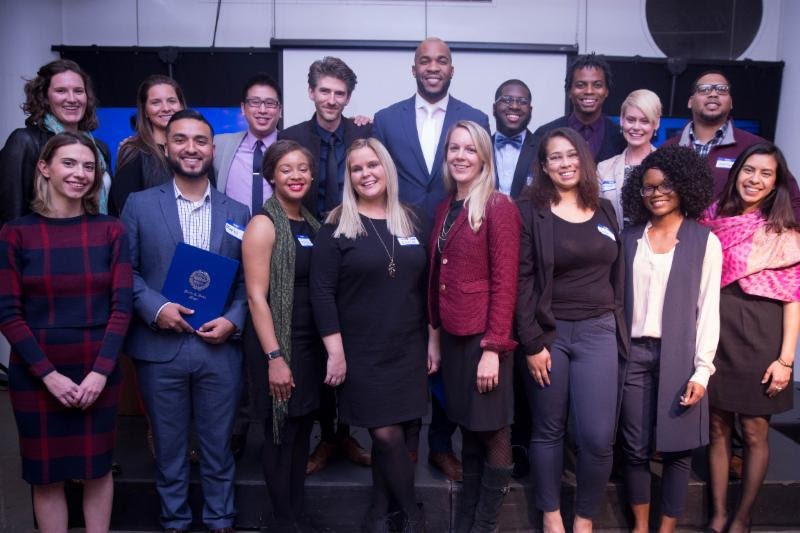 Visit SPARK Boston's website to learn more about the 2016 SPARK Impact Awards and join the conversation on Twitter using the hashtag #SPARKImpact.

Boston is home to a large and diverse millennial population. SPARK Boston (formerly ONEin3) is a City of Boston initiative that aims to empower the millennial generation to play a greater role in planning for the future of our city.

SPARK Boston focuses on engaging the next generation of civic leaders and social entrepreneurs in the work of city government. This will shape how the City designs and develops policies, convenes stakeholders for important initiatives, and works collaboratively with young people to shape Boston's future. Learn more about Spark Boston online.