Be Connected: What it means to be a role model

We asked City employees like you to share their thoughts and experiences with role models who have positively influenced their own lives.

Role models are people who influence others through example. Through their perceived personal qualities, behaviors, or achievements, they can inspire others to strive and develop without providing any direct instruction. But there's really no one definition of "role model" — we all have been impacted in different ways by different types of role model figures. 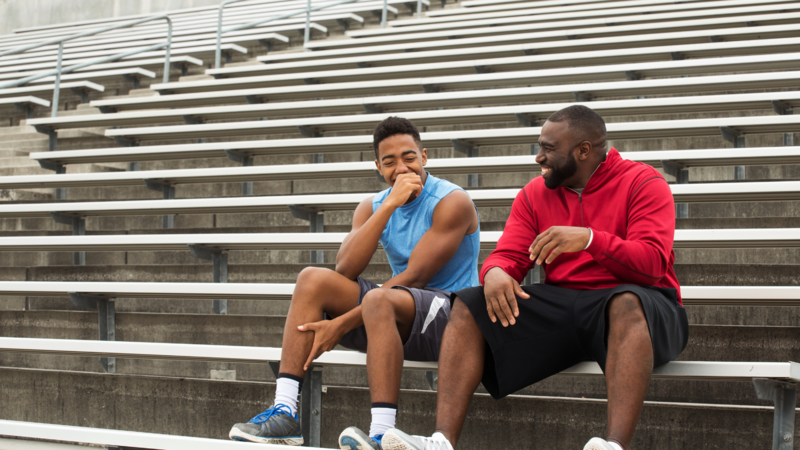 We asked City employees like you to share their thoughts and experiences with people who have positively influenced their own lives. Here’s what they said:

WHAT MAKES SOMEONE A GOOD ROLE MODEL?

“Someone that directs a person to the right path by showing rather than telling them what to do.”

“A role model is someone who inspires you to aspire to become your best self. A good role model is honest, self-aware, and authentic.”

“Someone who is patient and willing to share their knowledge and experiences. My own role model guided me and provided constructive criticism when needed. She was patient and always willing to help; a true team player.”

WHO IS YOUR PERSONAL ROLE MODEL?

“I have a role model who is a retired firefighter. He understands the true meaning of service and has helped me immensely in life, both personally and professionally. He is always there to let me bounce ideas off of him and he shares his wealth of experience with me. I feel that we have both improved each other's lives.”

“I admire Tom Tinlin, a friend of mine from South Boston. He inspired me to go to graduate school by showing that you can accomplish anything through hard work and commitment.”

“My mother. Her father died, leaving my grandmother with three young children and pregnant with my mother.  My grandmother (another role model of mine) managed to hold it all together by working as a seamstress, a midwife and taking in laundry.  My mother excelled at school and graduated from high school early, determined to go to college.  But she ended up having to work in a hospital dish room to earn the money. Between academic scholarships and her own earnings, she was the first in her family to graduate from college.  Because they spoke German at home, she was bilingual. She became a speech pathologist for the county schools, which meant she could work while her children were in school.  Though she died when I was in my teens, her example helped me to work my own way through college.”

“I have many, but my career has been shaped by a handful of excellent managers, and I learned some of the most valuable lessons watching them. When I was very young and new to the working world, it really meant a lot that my first managers treated me like I had just as much value as anyone else. They looked out for me, taking the heat for any mistakes I made as I was learning and growing. They always put the team first, and that is the type of person I strive to be.”

HAVE YOU EVER THOUGHT OF YOURSELF AS A ROLE MODEL?

“To be a role model, you need transparency and accountability — when people are transparent, we can give them the benefit of the doubt and learn from their mistakes. But if there is no transparency, and mistakes are minimized, the scenario for deceit steps in. I think I am guilty of not being transparent enough, so I might take a look at myself better now that I have written down these impressions.”

“I always try to relate to my younger self and remind people that not everybody has all the answers all the time. I try to be like a former colleague of mine. She is a tireless worker that is always approachable and never complaints. She is always lifting other people up.”

“I mentor my “Little Sister”, Lizette, through the Big Sister Association. I was paired with Lizette in 2016 when she was 11 years old, and we have gone through good and bad times together. But we both know one thing for sure, neither one of us is going anywhere. We have become so close and built such a strong relationship over the years.”

“I hope to be a good role model to our various cohorts of summer fellows who spend 8 weeks with MONUM each year. I try to make myself available to them, I try to listen attentively, I try to help them problem-solve when they ask for it, and I try to inspire them to think beyond what they expect of city government.”