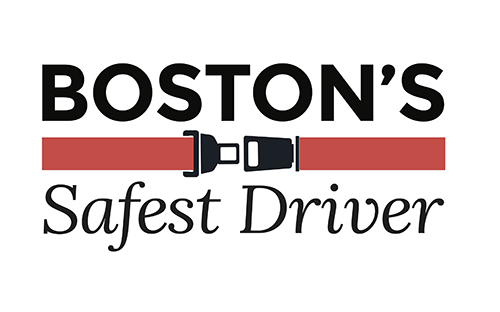 Mayor Martin J. Walsh, the Mayor's Office of New Urban Mechanics, the Boston Transportation Department, in partnership with The National Safety Council, Liberty Mutual Insurance, and Cambridge Mobile Telematics (CMT), yesterday announced the launch of the Boston's Safest Driver Competition, a competition to encourage better driving habits. This competition supports the work of Vision Zero, Boston's commitment to focus its resources on proven strategies to eliminate fatal and serious traffic crashes in the City by 2030.

An effort of the City's Vision Zero Task Force, this competition uses a smartphone-based app to score drivers on their behaviors and enable moments of self-reflection. Drivers from the Boston metro area are invited to compete for over $25,000 in prizes by downloading the app and practicing safe driving on the roads. Participants can download the app today and begin to compete for the grand prizes of $5,000 each before the July 28th conclusion.

"To achieve our Vision Zero goals, we need to work together as a community to change the culture of our streets," said Mayor Walsh. "Boston's Safest Driver competition helps us have this conversation in a fun, innovative way. I invite all drivers in the Boston area to join this competition, and be part of the solution to make our streets safer for all."

In 2016, the City launched the Boston's Safest Driver competition, the first of its kind in the nation. For the most active users of the app, the competition resulted in phone distraction scores improved by 47 percent, hard braking scores by 37 percent, and speeding scores by 35 percent.

Since 2016, the program has been replicated in Seattle, San Antonio, Rhode Island, and Oregon. This is one tool the City of Boston has used to deliver on safer roadways for residents, a core goal of Go Boston 2030, Boston's long-term transportation plan. Since 2016 the City has lowered the default speed limit to 25 miles per hour, initiated 12 neighborhood slow streets projects, and implemented street redesigns to slow speeding vehicles and improve safety. This year's competition is supported with a Road to Zero grant from the National Safety Council and prizes are furnished by Liberty Mutual Insurance.

"Liberty Mutual is proud to partner with the City of Boston to help reduce dangers on our roads," said Nicholas Grant, vice president, product management Global Retail Markets at Liberty Mutual Insurance. "Even a quick glance away from the road while using your phone or multi-tasking can result in a dangerous situation. Raising awareness about the dangers of distracted driving and providing incentives to be safer can play a key role in helping to change driver behavior."

During the Boston's Safest Driver competition, participants can challenge friends, see how they rank in their community, and win prizes in a wide variety of categories on a biweekly basis. The person crowned City of Boston's Safest Driver will win an overall grand prize of $5,000. An additional $5,000 Safest Driver grand prize will be awarded to a Metro Boston winner, grand prizes for Least Distracted and "Slow & Steady" driver will also be awarded. In addition to the general competition, open to all Metro Boston residents, the City is partnering with local Transportation Management Associations (TMAs) including A Better City TMA, MASCO, and Seaport TMA for a corporate challenge. The competition will be administered by Promosis, a Boston area based promotion marketing firm and independent judging organization.

"We strongly believe that traffic injuries and deaths can be drastically reduced if drivers simply paid attention to the road and slowed down. We need to bring empathy and respect back to the road, and understand that our cars are not our offices or our safe spaces, but a large piece of machinery." said Emily Stein, President of the Safe Roads Alliance. "We love the Boston's Safest Driver app, and think it's a great tool to make drivers more aware of the number of times they might check their phone while driving, and where they tend to speed on their commute home."

The Boston's Safest Driver app, developed by Cambridge Mobile Telematics (CMT), provides helpful feedback on the participant's driving based upon five metrics: speed, acceleration, braking, cornering, and phone distraction. The app logs trips while in the background on the user's phone, and the driver is alerted afterwards of their score for that trip, told how they did on the different factors, and provided with helpful tips to improve in the future. A goal of the competition is to allow participants to reflect on their driving behaviors and develop new safety habits.

"CMT is proud to continue working with the city of Boston and Liberty Mutual to make Boston's roads safer," said William Powers, CMT's co-founder and chief executive officer. "We have seen how a reduction in behaviors like distracted driving can protect drivers, cyclists and pedestrians. The CMT team is motivated to make our city safer."

The Mayor's Office of New Urban Mechanics serves as the City's innovation incubator, building partnerships between internal agencies and outside entrepreneurs to pilot projects that address resident needs. Autonomous Vehicles to Accessory Dwelling Units, their approach to innovation is human-centered, nimble and responsive to the changing needs of our growing City.

Liberty Mutual's purpose is to help people embrace today and confidently pursue tomorrow. The promise we make to our customers throughout the world is to provide protection for the unexpected, delivered with care. In business since 1912, and headquartered in Boston, Mass., today Liberty Mutual is a leading global insurer with operations in 30 countries and economies around the world. We are the third largest property and casualty insurer in the U.S. based on 2017 direct written premium data as reported by the National Association of Insurance Commissioners.

Promosis is a motivational marketing agency and promotion innovator that works in development and application of cross-channel sweepstakes, skill contests, and instant-win games headquartered in Marblehead, MA.