Groundbreaking of Hearth at Four Corners

54 units of supportive, affordable housing with green efficiencies, and on-site services to be built

"As a city, we measure our success by how we are able to serve all of our people, including our most vulnerable residents. We're excited about the Hearth at Four Corners project and the new affordable housing opportunities it brings for Boston's older adults," said Mayor Walsh. "This project is another example of our commitment to maintaining and growing our affordable housing stock in Boston. I want to thank all partners involved for making this opportunity possible, which will make a positive difference in the lives of those who will call Hearth home." 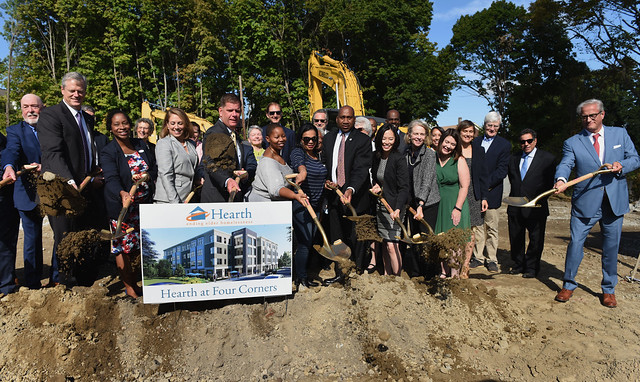 Hearth at Four Corners will create 52 affordable one bedroom units, and two studio apartments. All residents at the new 48,867 square foot building will have 24/7 access to on-site concierge services and a Resident Service Coordinator. Additional wellness services will also be available once construction is complete. The new housing development will serve individuals age 62 or older who have either low or middle-income housing needs. In addition, two units will be set aside to house formerly homeless individuals.

"Our administration has prioritized the production and preservation of affordable housing across the Commonwealth, and we are pleased to support this development that brings critical senior housing to the City of Boston," said Governor Charlie Baker. "We will continue to invest in projects that combine housing and important wraparound services, and we look forward to working with our colleagues in the Legislature to pass our Housing Choice bill to facilitate the production of new housing to address Massachusetts' affordability and availability crisis."

"Hearth feels so fortunate that here in Boston we have a Mayor and a Governor who believe so strongly that all our residents deserve a place to call home. Mayors and Governors oversee critically important agencies charged with addressing the crisis in affordable housing, and this project wouldn't have happened without them, but this Mayor and this Governor have gone beyond simply good management to provide inspirational and philanthropic leadership to make sure we succeed in ending and preventing homelessness in the Commonwealth and our City," said Mark Hinderlie, Hearth President and CEO.

This project received support from the community led by the City of Boston's Department of Neighborhood Development, and the Erie Ellington Brinsley Neighborhood Association. The new building will be located at the former Ronald Gibson School, and will be steps from the MBTA Fairmount line. Hearth has begun construction with their contractor D.F. Pray, and they anticipate completion of construction and the beginning of lease up by late summer 2020.

Founded in 1991 as a nonprofit with a mission to end elder homelessness, Hearth has developed 228 units of housing, including Hearth at Four Corners.  They have placed over 2,500 older adults in safe housing with appropriate services, both in Hearth housing and through their Outreach Program, and created a National Leadership Initiative, which has resulted in tens of thousands of units of permanent supportive housing for homeless and at-risk older adults coast to coast. 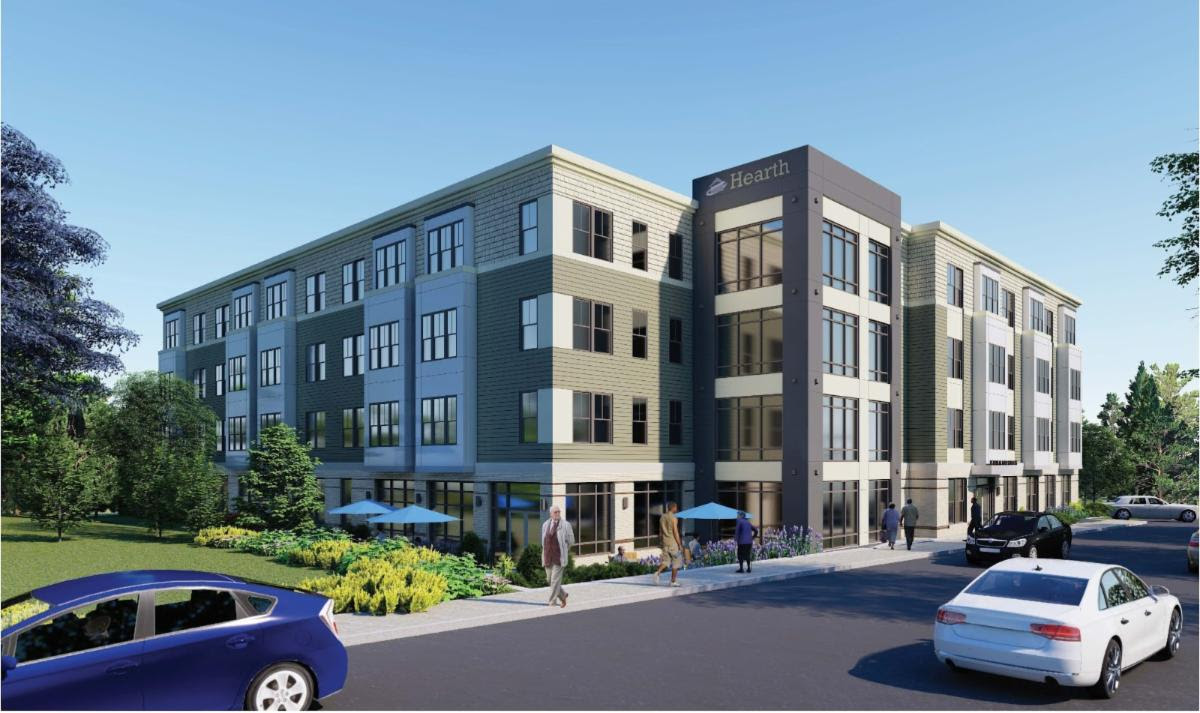 Rendering of the Hearth at Four Corners development