Latest Updates from the Mayor's Office of Housing (May 2022)

Read about highlights this month from the Mayor's Office of Housing. 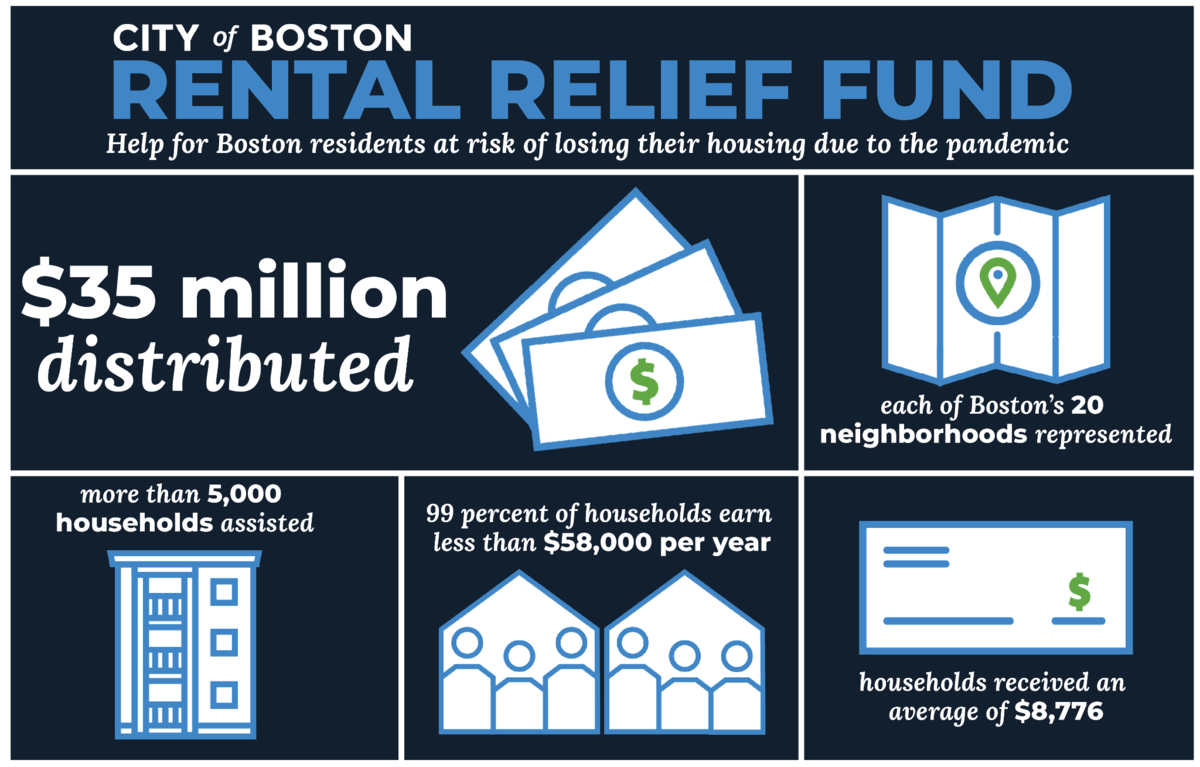 The Rental Relief fund was established in April 2020 due to the financial strain caused by the COVID-19 pandemic.

More than 70% of individuals who have applied for financial assistance are from Black, Indigenous, and people of color (BIPOC) households and more than 30% of applicants reported that they work or formerly worked in the food services, leisure, and hospitality industries.

Boston’s Rental Relief Fund, which is managed by the Office of Housing Stability (OHS) in the Mayor’s Office of Housing and their three nonprofit partners, Metro Housing|Boston, Neighborhood of Affordable Housing (NOAH), and Project Hope, provides income-eligible Bostonians with up to $10,000 in financial assistance to be used for rent, overdue utility bills, and moving costs.

In addition to the Rental Relief Fund, OHS  has established a robust court intervention program, as well as landlord mediation and virtual and walk-in legal clinics. It has continued to work with all tenants and provides wraparound housing services and support.

The Rental Relief Fund recently changed its requirements. To receive funds, Boston residents must have an income at or below 50% of area median income (AMI).

Mayor Wu announced her proposal to invest a total of $206 million in American Rescue Plan Act (ARPA) funds to address Boston’s housing crisis and boost the City’s efforts to close the racial wealth gap by expanding affordable homeownership opportunities for BIPOC households and first-generation homebuyers, among other initiatives. $173 million of this money will be allocated to the Mayor’s Office of Housing, including:

These proposed investments are part of an unprecedented commitment of $380 million to address housing affordability and stability through the operating budget, the Capital budget, and federal recovery funds to build and acquire new affordable units, upgrade public housing, and expand housing stability services and an expanded voucher program. 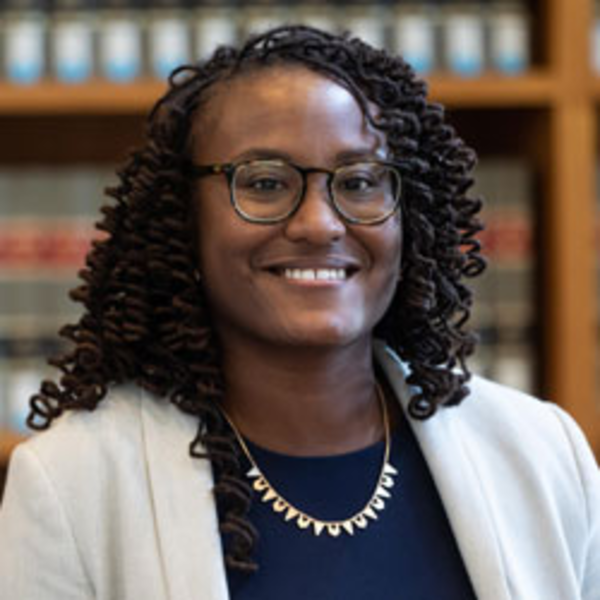 As the Deputy Director, Ms. Johnson is responsible for programs to assist Bostonians in a housing crisis — whether due to eviction, landlord-tenant disputes, rent escalations, an unplanned loss of housing, or any other rental housing emergency. In addition, OHS  is responsible for collecting eviction data, evaluating trends, and responding accordingly.

Prior to joining the Office of Housing, Ms. Johnson was a staff attorney in the Housing Unit of Greater Boston Legal Services (GBLS), where she worked with tenants who are in danger of losing their housing by providing eviction defense. Ms. Johnson also counsels clients in the Commonwealth of Massachusetts’ Lawyer for the Day Program, where she provides legal advice to tenants facing eviction in housing court. Her legal expertise will serve her well in both drafting and reviewing new legislative and other public policy solutions to mitigate displacement, and creating new City programs to ensure housing stability in Boston’s neighborhoods.

2147 Washington Street in Nubian Square closed on April 5. Construction will begin within a few weeks on this 74-unit mixed-income, mixed-use, transit-oriented development located in the heart of Nubian Square. 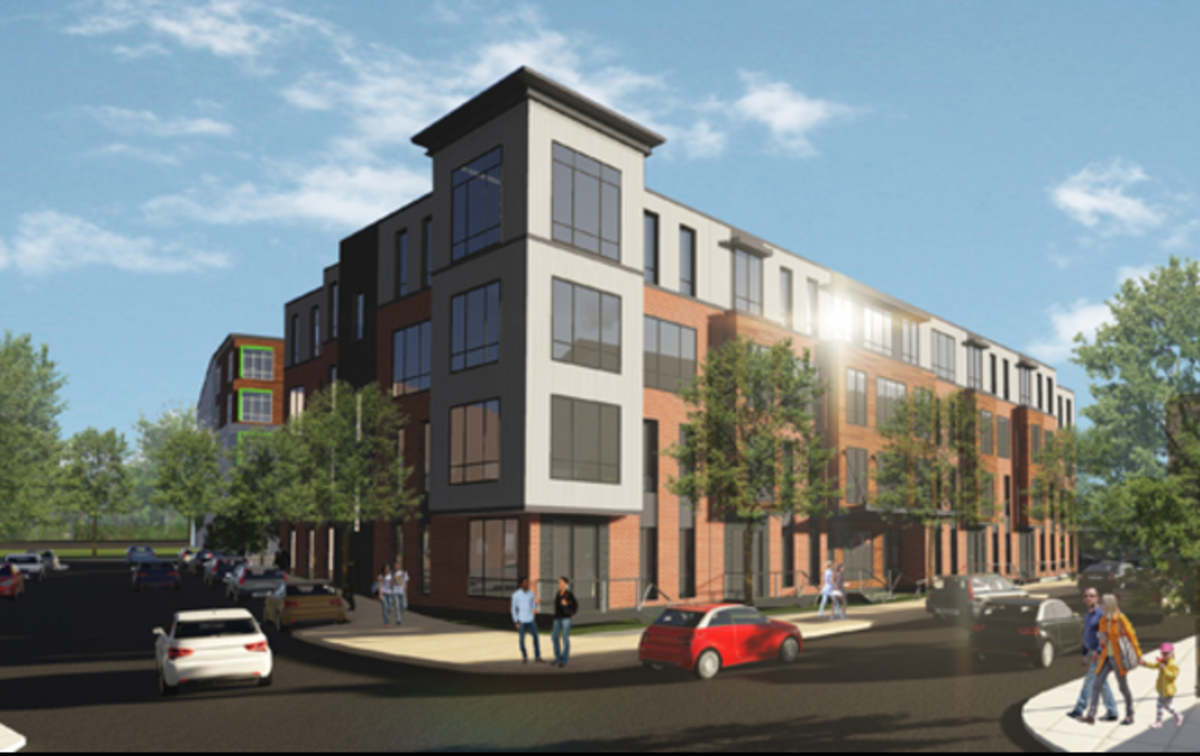 25 Amory Street, a new Jackson Square development with 44 new affordable rental units, was built on land previously owned by the State of Massachusetts.The building includes 15 one-bedroom units, 23 two-bedroom units, and 6 three-bedroom units. All 44 units are deeded as affordable in perpetuity.

37 Wales Street closed on the first phase of its development. This project will create 20 units of permanent supportive housing for formerly homeless families with incomes at or below 30% AMI. Heading Home will manage the building and will provide onsite services 40 hours a week. 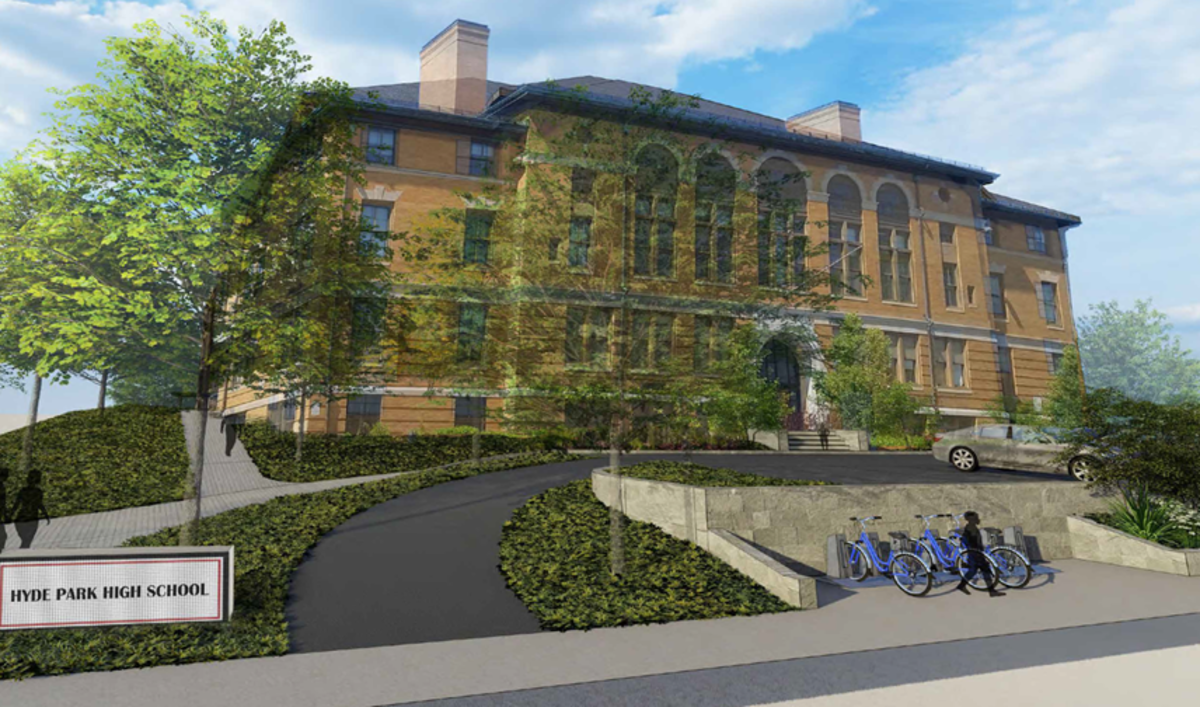 The William Barton Rogers Middle School Project (AKA: The Pryde) closed on April 6. The building will be New England's first LGBTQ-friendly senior housing development, with 74 units available at a range of incomes from 30% AMI to 100% AMI. The development will offer a range of services to help residents successfully age in place.

When complete, the more than $46.8 million renovations of the former Barton Rogers School will preserve the beauty of the original 1899 building, while creating 74 new mixed-income affordable rental units that will be welcoming to LGBTQ-friendly seniors 62 years and older. All units will be deed-restricted in perpetuity and will provide affordable, safe housing for seniors across a wide variety of incomes.

The redevelopment is being led by Pennrose and LGBTQ Senior Housing, Inc. who worked extensively with the local community in Hyde Park to meet the needs of residents. The new building will boast elevators for accessibility, central air,  on-site laundry facilities, a large community space for programming, and an art studio with gallery space for residents on the first floor. There will be a courtyard with green space that will also feature a community garden and recreational space, which will be available to the residents.