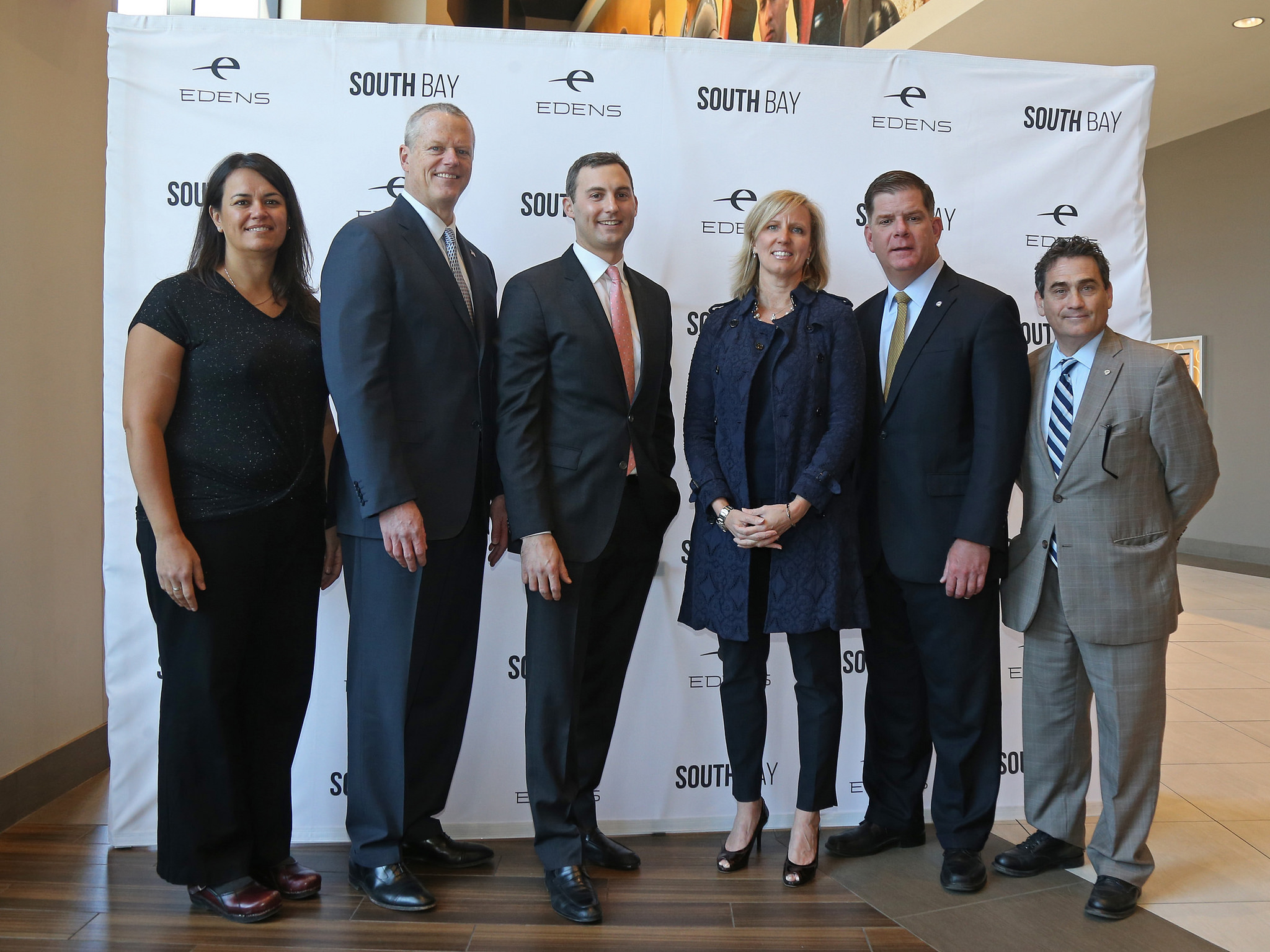 "I want to thank the State and the MassWorks Infrastructure Program for their support of the South Bay expansion project and others across the city that will help transform these areas into vibrant centers of activity," said Mayor Walsh. "These funds will make way for many important benefits in our neighborhoods from South Boston to Mattapan, and I look forward to bringing continued economic growth throughout all of Boston."

The South Bay Town Center project, approved by the Boston Planning & Development Agency (BPDA) in 2016, is redeveloping over the acres of currently underused land into a one million square foot, five-building development worth $200 million. The development will include 475 units of housing, including 62 units restricted as affordable, a 130-room hotel, 125,000 square feet of retail and restaurant space, a 12 screen cinema, and parking for approximately 1,100 vehicles.

"The redevelopment of Boston's South Bay will greatly benefit the City and Commonwealth by bringing hundreds of new housing units, critical infrastructure upgrades and significant private investment to Dorchester," said Governor Charlie Baker. "We are proud to wrap up another successful year of MassWorks funding, including more than $85 million in 2017 awards to help create jobs, catalyze transformative opportunities and encourage long-term sustainable growth in our cities and towns."

"EDENS' purpose is to enrich community, and there is no better way to accomplish this goal than to routinely bring people together where they live and where they spend their time with community. We fully support the Governor's and Mayor's housing agenda to address the increasing need for affordable and workforce housing. Sixty-two of the 475 apartments at South Bay will be onsite affordable units," said Jodie W. McLean, CEO of EDENS. "The continued revitalization of the South Bay community translates into more homes, more jobs and many other important social and economic impacts. Our team is actively working on other projects in the Commonwealth that will increase workforce housing, and we look forward to continued collaboration and partnership."

"The MassWorks funding granted to EDENS for the South Bay Expansion project for infrastructure improvements will connect Dorchester, South Boston, Roxbury and the South End, enhance public safety and create new economic opportunities for our community," said City Councilor Frank Baker. "What used to be considered a no man's land will now be a crossroads of four neighborhoods. I am grateful for the partnership we have with Governor Baker, State Representative Nick Collins, and our State delegation for working with us to see this development come to fruition."

Boston received a total of $7,443,000 in MassWorks awards in 2017. In addition to the South Bay project, the following projects received funding:

The MassWorks Infrastructure Program provides funds for municipalities and other eligible public entities to support and accelerate housing and job growth in the Commonwealth. MassWorks prepares communities for long-term strength and sustainability, with particular emphasis on projects that support multi-family housing in walkable mixed-use districts, or that support economic development in weak or distressed areas.