Boston Transportation Department, MBTA and Liveable Streets join the Allston/Brighton community on Brighton Avenue to commemorate the recent completion of the new lane

BOSTON - Wednesday, July 24, 2019 - The City of Boston today joined the MBTA, the Allston Brighton community and the Liveable Streets Alliance to celebrate the opening of the Brighton Avenue bus/bike lane. The recently completed designated lane will provide quicker and more reliable service for bus riders, and enhance safety and accessibility for cyclists. The lane extends from Union Square to Packards Corner inbound and is active 24 hours a day, 7 days a week. The Brighton Ave Bus/Bike Lane was announced last month by Mayor Martin J. Walsh. 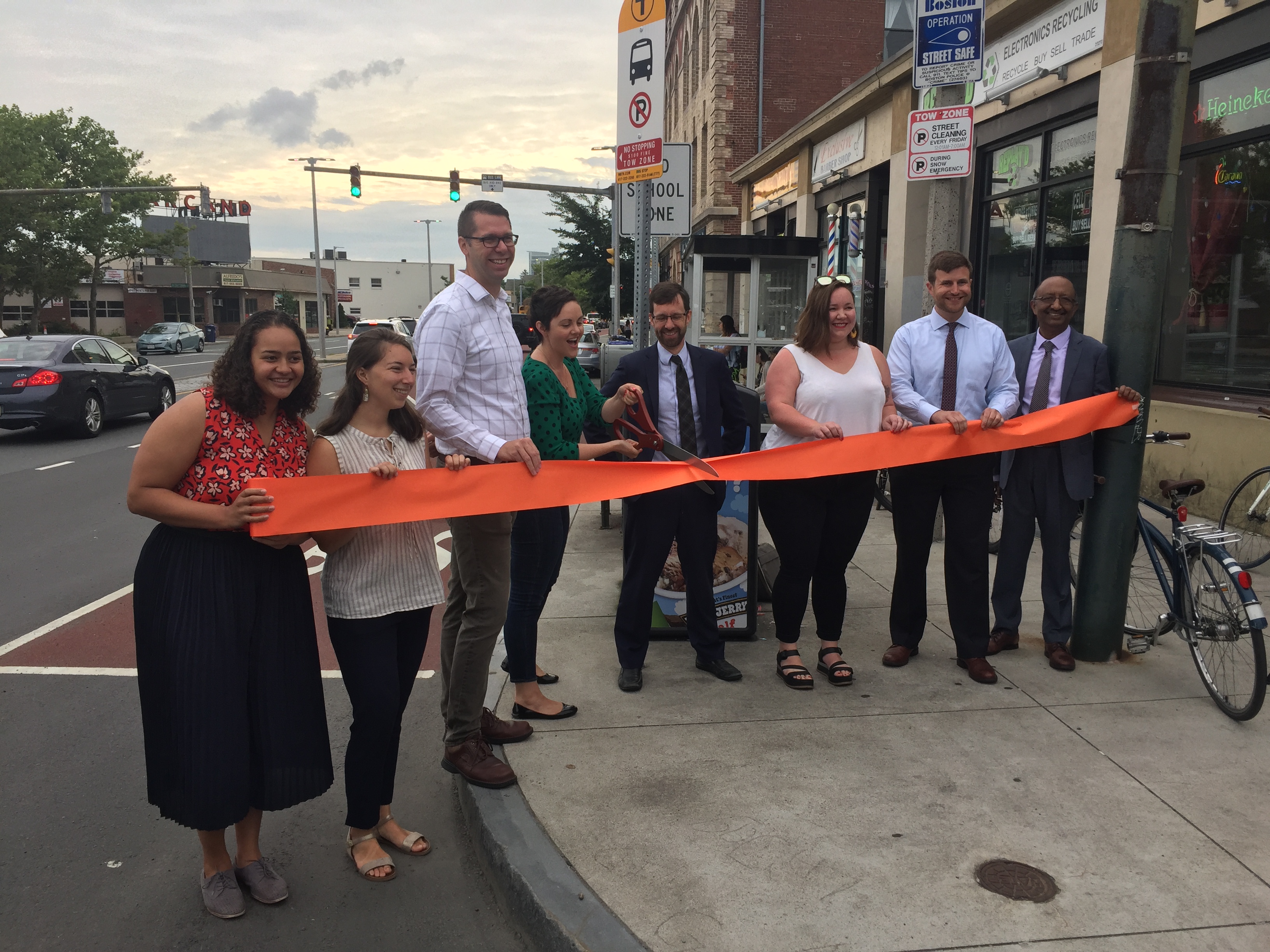 "We are confident that the designation of a travel lane for bus riders and bicyclists will reduce travel times and increase safety for Allston Brighton residents and others who travel on Brighton Avenue," said Mayor Walsh, who last week took an MBTA bus ride in the new lane. "I am pleased that through this partnership will benefit Boston residents and commuters who use our public transportation system."

Brighton Avenue was identified as a priority bus corridor in Go Boston 2030, the City of Boston's comprehensive transportation plan that outlines an agenda for building a safe, reliable and equitable multi-modal transportation network.  Since the introduction of Go Boston 2030 in 2017, action has been taken on more than half of the 58 projects and policies identified in the plan. Brighton Avenue was identified as it serves two MBTA bus routes, the 57/57A and the 66, and more than 14,000 MBTA bus passengers ride on this stretch of roadway each day making it one of the system's highest ridership locations. Boston Public School buses also travel along Brighton Avenue and will share the bus/bike lane as well.

BTD expects the Brighton Avenue bus/bike lane could save as much as 40 percent of travel time during peak hours. Improvements are expected to be similar to those seen as a result of the bus/bike lane implemented by the City of Boston on Washington Street in Roslindale in 2018. Travel times on Washington Street have improved by 20-25 percent during peak hours, and daily ridership on MBTA buses operating at this location has increased with the addition of 160 new bus riders.

"BTD's newly formed Transit Team, made possible with funding in Mayor Walsh's FY19 operating budget, undertook a comprehensive public process to prepare for the installation of this lane," said City of Boston Chief of Streets Chris Osgood. "This included outreach to the community, meetings with local stakeholders and engagement with transportation advocates such as the Liveable Streets Alliance."

"As a result of concerns expressed by community members during the public process, in addition to the implementation of the bus/bike lane, BTD also installed two new curbside zones on Brighton Avenue to allow for daytime commercial loading and evening passenger pick up/drop off," said Acting Boston Transportation Commissioner Gregory Rooney. "These zones will work to reduce double parking, safely accommodate rideshare and other passenger vehicles, and support local businesses.

The launch of the Brighton Avenue bus lane is part of a collaborative effort by the City and the MBTA to expand transit infrastructure and improve rider experience throughout Boston.  Plans are underway for the implementation of another bus lane on heavily congested North Washington Street downtown.

The Go Boston 2030 Vision and Action Plan is available for review at on boston.gov.