We have information about parking and street closures for the Boston Marathon, Patriots Day Parade, BAA 5K, Invitational Mile, and Kids Relay Races.

The Boston Marathon and the City’s Patriots Day Parade will be held on Monday, April 16. The BAA 5K and Invitational Mile will be held on Saturday, April 14. During the weekend, there will be street closures and parking restrictions in the Back Bay, Beacon Hill, Brighton, Fenway-Kenmore, the North End, and Government Center.

Getting into the City

Getting into the City 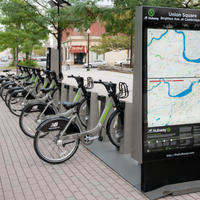 If you can, please avoid driving into the City. Consider using Hubway, the regional bike share system, or use public transit through the MBTA. 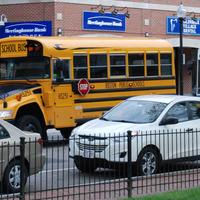 We may make changes to our traffic and parking plans in the days leading up to these events. You’ll find updated information on posted sign, variable message boards, and on Boston.gov.

Don't forget about walking! It's a great way to move around the City. We more information on traveling around Boston in our guide:

The following streets will be closed to traffic on Monday, April 15:

We expect to reopen Boylston Street at 8 p.m. All other streets are expected to reopen at 7 p.m.

The parade will begin at 9 a.m. at City Hall Plaza. Participants will march:

Streets along the route will be closed to traffic briefly as the parade proceeds. Hanover Street at the Paul Revere Mall will close at 7 a.m.

The sports association hosts events over the weekend, including the Boston Marathon.

Learn about the B.A.A.

Learn more about the historic race taking place on Monday.

The race starts in Hopkinton and ends in the Back Bay.

Get information about the races and registering for weekend events.

April 15, 2015, marked the beginning of a new annual Boston tradition. Each year, the day serves as an opportunity to celebrate the resiliency, generosity, and strength of the people of Boston.

On Saturday, April 13, we will close streets along the routes of the B.A.A. 5K and the Invitational Mile to traffic. We expect to reopen all streets by 3 p.m.

At 6 a.m., we will prohibit traffic on Charles Street, between Boylston Street and Beacon Street.  The 5K will begin at 8 a.m. on Charles Street, near the Center Gate of the Public Garden. We expect the race to last about one hour, with roads opening up as the tail vehicle of the race passes. An estimated 10,000 runners will turn:

The Invitational Mile will start after the 5K. Formation will be on Boylston Street prior to Dartmouth Street, and the route will be:

Streets closed during the Mile:

During Patriots Day Weekend, you won’t be able to park on several streets in the Back Bay on Saturday, April 14, and Monday, April 16. We also restrict some streets several days in advance of the weekend. Parking restrictions are as follows: