The Parks Department is getting creative to maintain social distance.

Mayor Walsh's Mural Crew teamed up with the Mayor's Office of New Urban Mechanics to create socially distant “leaves” around the Parkman Bandstand to help promote safe seating in one of Boston’s most visited parks.

Inspired by other Parks and Recreation Departments across the country, like San Francisco and New York City, the Boston Parks Department decided to take this idea and put our own spin on it. With design and implementation planning from the Mayor’s Office of New Urban Mechanics, these 56 socially-distant leaves were installed by the Mayor’s Mural Crew who carefully measured each leaf before spray painting the grass using a hand-made stencil. 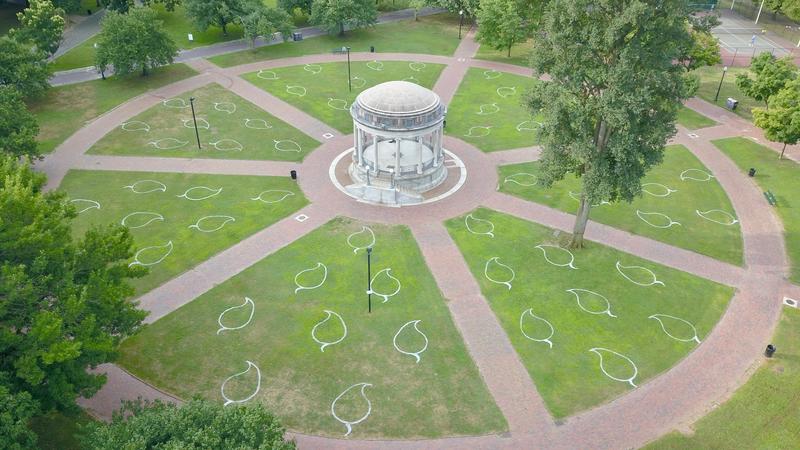 We hope that this installation will encourage social distancing, and help our park goers remain safe and healthy. Have an idea for a park that would be a good location for an installation like this? Email us at Parks@Boston.gov with your idea!