Why Drupal? We're building for now, and the future

We can’t predict what the future will hold, but with Drupal, we’ll have a better chance to adapt.

When it comes to web design, everyone likes to talk about the flashy new look and adjustments to user experience. Today, we’re going to talk about a much less sexy — and definitely more nerdy — aspect of web development: content management systems. 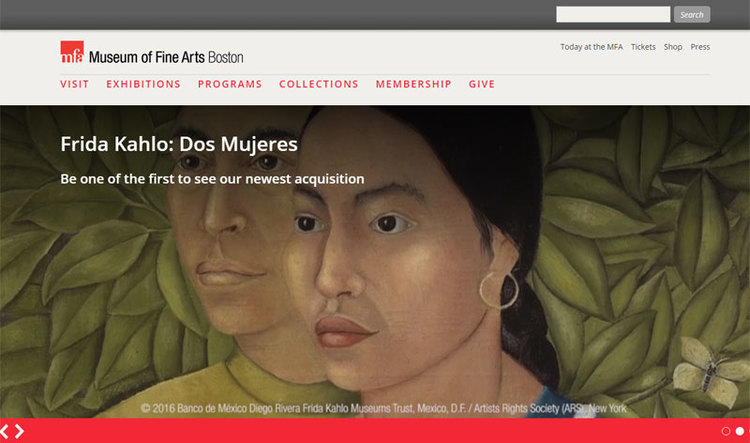 The Museum of Fine Arts website is one of more than a million sites that run on Drupal.

A content management system allows people who don’t necessarily have technical skills to update and edit a website. Popular systems used these days include Squarespace and Wordpress. The system for our current site was great at one point, but now it’s just really old. Among the many issues, we’re lacking even a basic spell checker. There also isn’t an easy way to design pages for smartphones. The experience is frustrating for anyone trying to use it.

With the new Boston.gov, we wanted something that was adaptable and user friendly, something that will allow us to evolve as our constituents’ needs and expectations change. For that reason — among others — we chose Drupal.

More than 1 million sites run on Drupal, including IKEA, Virgin, NBC, the New England Patriots, the Museum of Fine Arts, and big government websites like the White House.

Drupal is open source, so you can download and get started for free. We’re only paying for implementation and hosting costs, not for the actual software. In that way, Drupal is cost effective, saving us money now and in the future.

By picking a system that is open source, we’re not exactly breaking ground. Modern web design thrives on free, open source software and Drupal has a robust ecosystem of developers. We don’t know what we’re going to need next month, next year, or in the next decade, but the contributions of this large developer community keep Drupal’s tools fresh and relevant. We also connect the City to a bigger network of developers, which we hope will help with hiring in the future.

With Drupal, we can also build a content management system that’s easy to use. The City has a Digital Team focused on Boston.gov, but we have departments across City Hall that have their corners of the site to update. These workers are content experts for their departments, so it’s imperative that we get their contributions to the site.  Drupal’s intuitive layout will help those who aren’t as well-versed in web technology keep that content updated.

Drupal gives us the power to keep up with an evolving tech landscape. We’ve discussed the importance of mobile responsiveness before, but only a decade ago, no one knew that mobile web design would become a top priority. We can’t predict what the future will hold for web design and what your needs will be as a resident. But, with Drupal, we’ll have a better chance to adapt.