The awards were celebrated during a recent artist reception at City Hall.

“The Fay Chandler Emerging Art Exhibition and Awards is an excellent way to honor the immense talent and creativity that exists in the City of Boston,” said Mayor Walsh. “I look forward to seeing how each artist contributes to Boston’s creative landscape as they advance in their artistic careers.”

Untitled, no. 354 is a collaboration between Yelena Synkova, wood sculptor and Sean Cummings, who illustrates from the perspective of architectural history. Cracks, spalting, and unusual growths naturally occurring in the wood are celebrated from the origin of each of their pieces in the woodturning process through to the illustration work in ink, where such anomalies in the wood are the points of departure for the drawing of city- and landscapes. 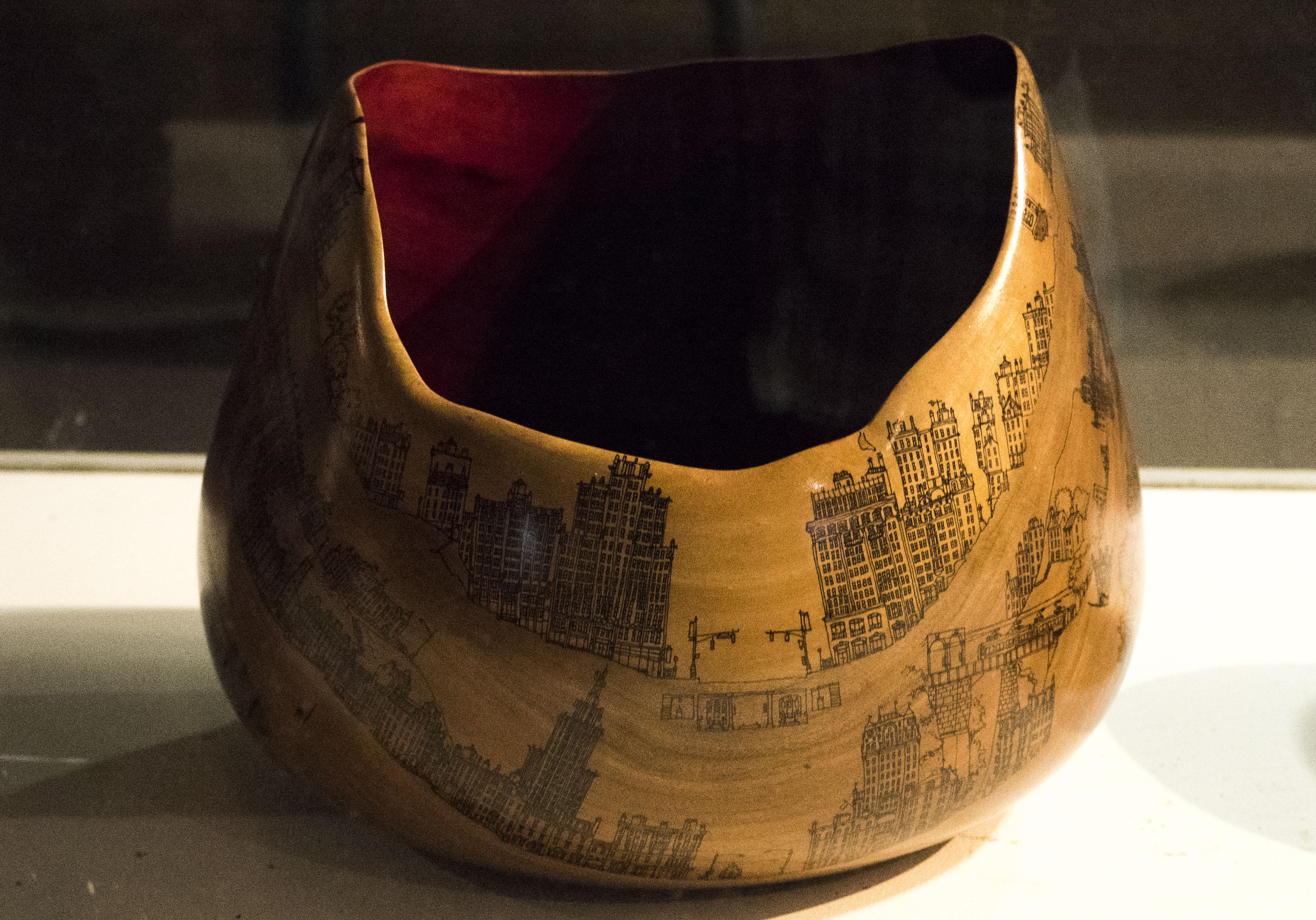 Untitled, no. 354 by Sean Cummings and Yelena Synkova

Sunanda Sahay is an eminent artist who paints in a folk style called Mithila/Madhubani, an ancient folk art form practiced in her home region in Northern India. Sunanda’s works have stayed true to the traditional themes of mythology and social customs, and her style has not deviated from the dense, arching and brightly colored strokes characteristic of the art. Her paintings have received widespread attention and acclaim, including several juried show selections and awards. She is also the organizer of an annual cultural event “Essence of India”. 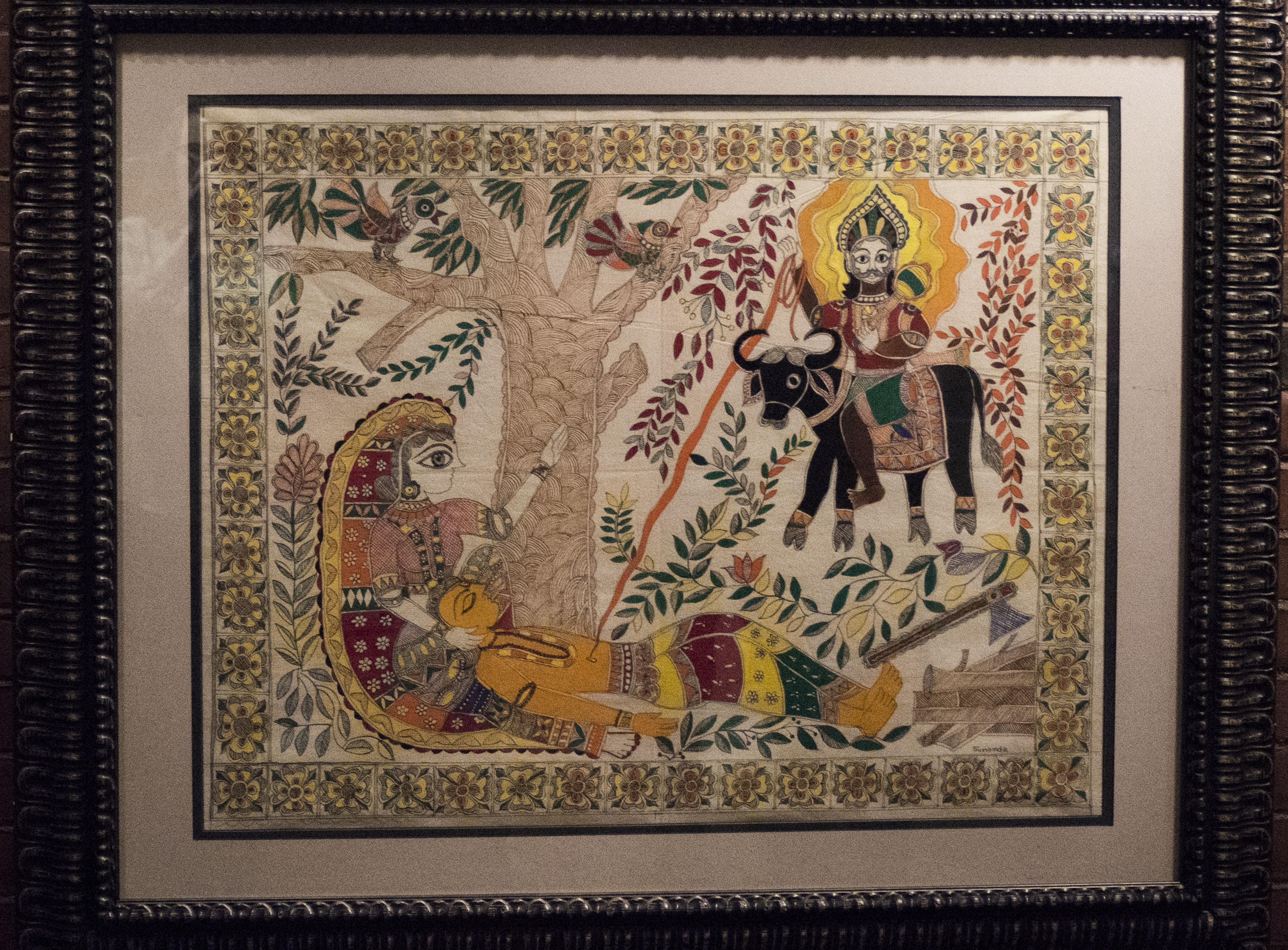 Sam Belisle’s piece “Life is Beautiful, 2017” is an intimate look into the domestic setting of Jay (Jordan Caldwell) and Bills (Brian Billingslea). It is a self-proclaimed title by Jay and Bills that references the name of a three-day long music, art, and food festival in Las Vegas, Nevada that they are attending that day. Belisle wants viewers to wonder and attempt to understand why one would spend so much money on entertainment when they do not even have furniture. This painting is presenting priorities and expectations that may be unfamiliar to some, but it shows the balancing act that is ever-present in a working-class context. Using cardboard in place of canvas reinforces the narrative surrounding an economy of means and points softly toward issues of access. 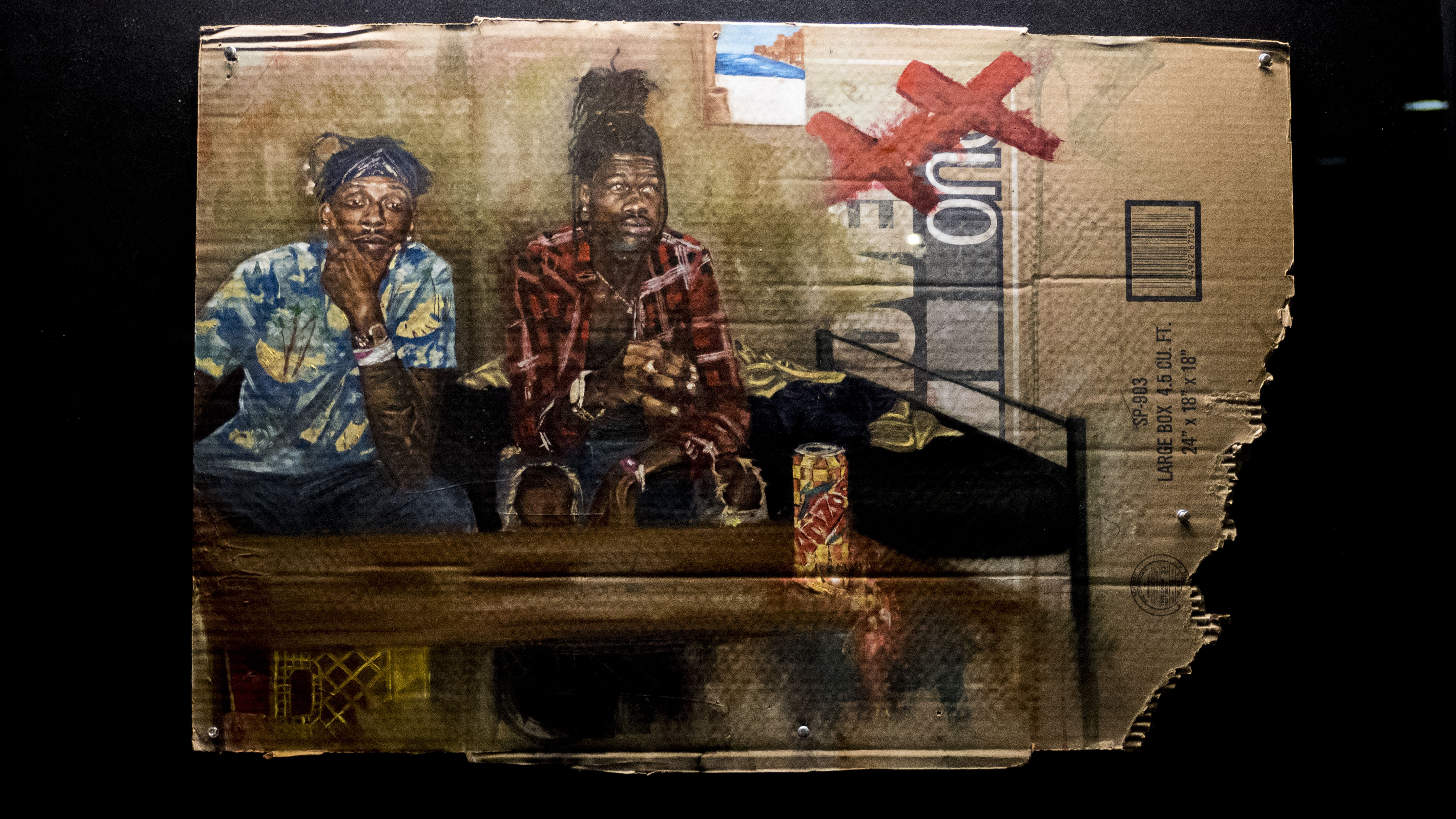 Life is Beautiful by Sam Belisle

Fay Chandler was a Boston philanthropist and advocate for the arts. As an artist who started her career later in life, she serves as the inspiration for this exhibition and to artists of all ages. The awards are funded by a generous donation from the Galilean Fund in Fay Chandler's memory.

“These awards allow us to support individual artists while making city government more accessible and welcoming to them,” said Kara Elliott-Ortega, Chief of Arts and Culture. “We’re so impressed with the quality of work that is in this year’s exhibit, and we encourage everyone to come see it while it’s up during the month of September.”

The show comprises 52 works by artists who were selected by a distinguished jury from an open call that drew over 130 applicants. This year’s jury members included:

In addition to a cash prize, each winner will also be granted a one-year complimentary membership in the Fort Point Artists Community and will be granted an Artist Certification by the City of Boston.

Organized by the Mayor's Office of Arts and Culture, the Fay Chandler Emerging Artist Exhibition features fresh, original and contemporary works of art created by Boston artists. The art will be displayed at Boston City Hall in the Scollay Square Gallery through September 21, 2018. You can learn more about the awards online.