Winning proposals announced for Play Around the Snowy City

The Mayor’s Office of New Urban Mechanics recently announced the winners of Play Around the Snowy City, a design competition that sought ideas for playful, temporary design installations and events throughout Boston this winter. This competition is an initiative of the Public Space Invitational (PSI), a program from the Mayor’s Office of New Urban Mechanics (MONUM) that seeks to make Boston’s public spaces more intuitive and beautiful.

The two selected proposals are: 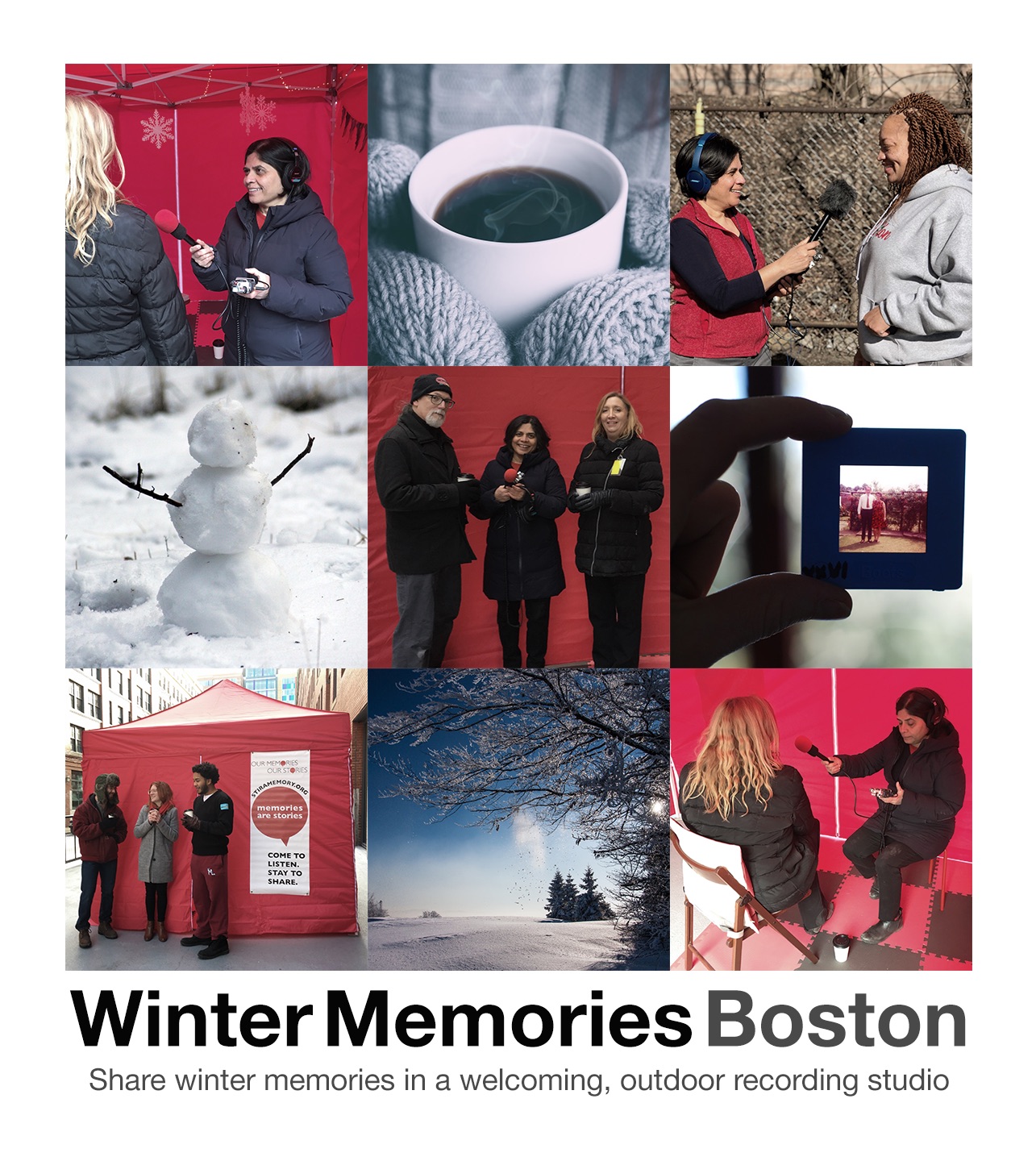 Winter Memories: Boston, a storytelling and sharing project, invites neighbors to share and listen to winter memories in a warm, mobile recording studio. The project easily creates storytelling areas in parks and community centers. At four events throughout the city, people will enter an accessible tent, enjoy a warm beverage, record a winter memory, and have the opportunity to listen to previously recorded memories.

Winter Memories: Boston has already made appearances at Boston Parks and Recreation’s Winter Festival on Boston Common and BCYF Paris Street. Over the next two weeks, the project is scheduled to appear at the following locations: 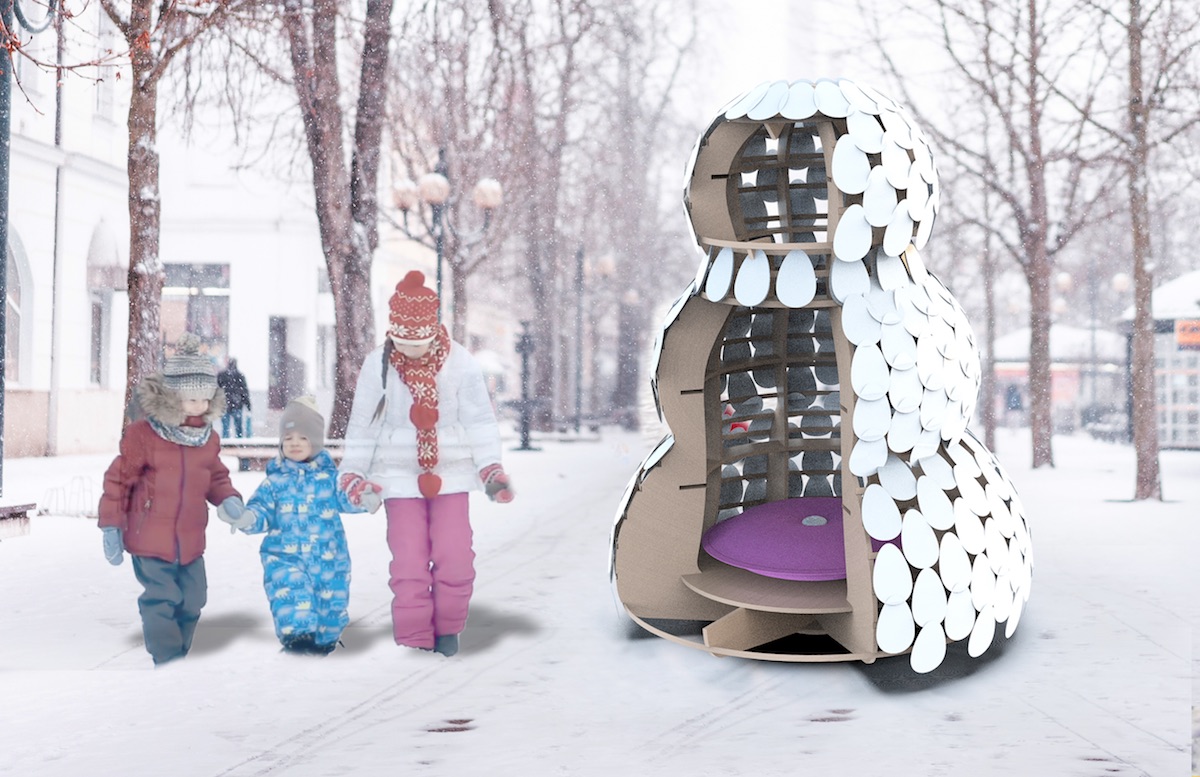 NuVu Studio, a local innovation and education center in Cambridge, proposed a prototype of playful, winter-themed urban furniture for public plazas and green spaces. They will fabricate one weather-resistant “snowman seat” that will be tested and integrated with programming from the Franklin Park Coalition at Franklin Park.

Additionally, the Mayor’s Office of New Urban Mechanics, the Franklin Park Coalition, and the Mayor’s Mural Crew will host an end-of-winter pop-up celebration on March 16 from 10 a.m. to 1 p.m. at Franklin Park next to the Franklin Park Golf Clubhouse off of Circuit Dr. The event will feature Winter Memories: Boston and a life-sized coloring book activity facilitated by the Mayor’s Mural Crew. Families with children 0-13 can also participate from 10:30 a.m. - 11:30 a.m. in a Winter Yoga Poses and Nature Walk led by Appalachian Mountain Club’s Outdoor Rx program, meeting at the Golf course Clubhouse.  They will provide snowshoes and winter nature guides.

"We are excited to celebrate winter in Franklin Park with these creative outdoor programs and community connection. In partnership with the Parks & Recreation Dept. a new master plan is beginning this spring for Franklin Park — one of our end goals is better utilizing the park in the winter by making it more welcoming. I can’t wait to hear park users’ memories of winter’s past and wishes for the future.”

The Public Space Invitational started in 2014 with the aim of making Boston’s public spaces more welcoming. It has resulted in a wide-variety of projects, including a portable reading room for neighborhoods and green spaces, a tidal vibraphone on the Congress Street bridge, the activation of the mezzanine of Boston City Hall with brightly colored skateboard tape, a poem/photography series from Boston’s Poet Laureate at the Mattapan Branch Library, and a project that completely reimagines street furniture.

About the Mayor’s Mural Crew

Established in 1991, the Mayor’s Mural Crew is a program of Boston Parks and Recreation and has grown to influence and enhance the style and visual landscape of Boston in each neighborhood.

About the Franklin Park Coalition

Franklin Park Coalition has been working as the community voice of the park since the '70s and hosts park events, including the beloved spring Kite & Bike Festival and Elma Lewis Playhouse in the Park. More information can be found at franklinparkcoalition.org.