Skip to Main Content
COVID-19 information
/
For the latest updates, please visit our coronavirus (COVID-19) website:
Coronavirus updates
City department hours
/
City Hall is open to the public on Tuesdays, Thursdays, and Fridays from 9 a.m. - 5 p.m. If you need to visit a department, you must make an appointment.
Department information
Back to top
Last updated: 8/14/17

Owning a firearm in Boston

Find out how to get and keep a firearms identification card or license to carry firearms. We also have information on how to keep you and your loved ones safe.

The below information provides general advice to help guide people and should not be considered legal advice. There may be additional rules and regulations that apply in different circumstances. 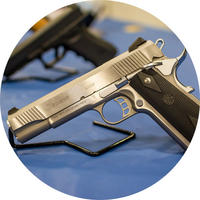 You must complete a Massachusetts Certified Firearms Safety Course, or a Basic Hunter Education Course. and submit a certificate of completion with your firearms license application. Learn more about the training requirements.

Are you a new Massachusetts resident and you own firearms? You must apply for a card or license within 60 days.

If you live in Boston, or own a business in the City, the Boston Police commissioner is your local licensing authority. The Boston Police Department's Licensing Unit conducts background checks and interviews all applicants.

For a new license or renewals, you must complete a live fire test at the Boston Police Department's Firearms Range. We encourage you to have some experience with a handgun. We expect you to show the safe handling of, and familiarity with, a .38 caliber, 4-inch barrel revolver. View an application process graphic. 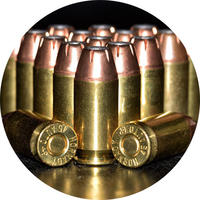 Want to to learn more about the specific requirements for licenses? The state has online resources. You can also download the Boston Police guidelines:

If you change your address, you must tell the:

If you don’t do this, you may get your license suspended or revoked. You need to complete and return the state's change of address form to these officials.

If you inherit a firearm

You must get a firearm license or legally get rid of the firearm through transfer, sale, or other legal means. In some cases, you may be best served by consulting with a firearms attorney, or with a dealer experienced in transfers, to help you through the inheritance process.

If you don’t secure your firearms, it’s a criminal offense. You must keep firearms either:

The laws for transporting a firearm can be confusing. However, if you keep the firearm unloaded, and locked in a case in the trunk or rear storage compartment of a truck or SUV, you will comply with the current law. You can find more information on this issue on mass.gov.

If you have an unrestricted license to carry, you can transport a loaded or unloaded handgun on your person or in a motor vehicle. However, if your license has a restriction, you are only able to carry your handgun within those restrictions. If you are not carrying the handgun on your person, it must be properly secured within accordance with Massachusetts state law.

If you have a license to carry, you can transport large capacity rifles or shotguns. They must be unloaded and contained in a locked case, locked trunk, or other secure container. Trigger locks do not meet the requirements.

We always recommend locked cases for firearms or other such weapons.

Every year, hundreds of Massachusetts firearm owners are the victims of theft. These stolen guns get used in crimes in our communities.

State law has certain requirements for gun storage. But, gun owners can go beyond these requirements to protect themselves.

You should always remove firearms from unattended vehicles when it’s possible and legal. But, if you must leave your gun in the car, there are extra steps you can take:

Please remember to write down and record your firearm’s serial number. Store the number in a separate place from the gun. In the case of a gun theft, this will allow you to properly report the theft. The ATF provides a personal firearms record sheet.

Suicide attempts are often impulsive acts during a short-term crisis. This doesn’t mean the suicide comes out of the blue. Most people who attempt have underlying mental health or substance abuse issues. However, the decision to make an attempt can be rapid in the face of a crisis like a relationship breakup, arrest, or worsening symptoms.

Because of this, putting time and distance between a suicidal person and a firearm may save a life. Ninety percent of those who attempt suicide don’t go on to die from suicide later.

If you or someone in your family is suffering from a crisis, there are extra steps you can take to stay safe. The Mass. Suicide Risk Brochure has more information.

A partnership of firearms safety instructors and suicide prevention experts have developed recommended precautions to follow when you or a loved one is struggling: lock, limit, and store offsite.

Interested in getting rid of a firearm? You can do so safely and confidentially at any local district station.

How to turn a gun into the police